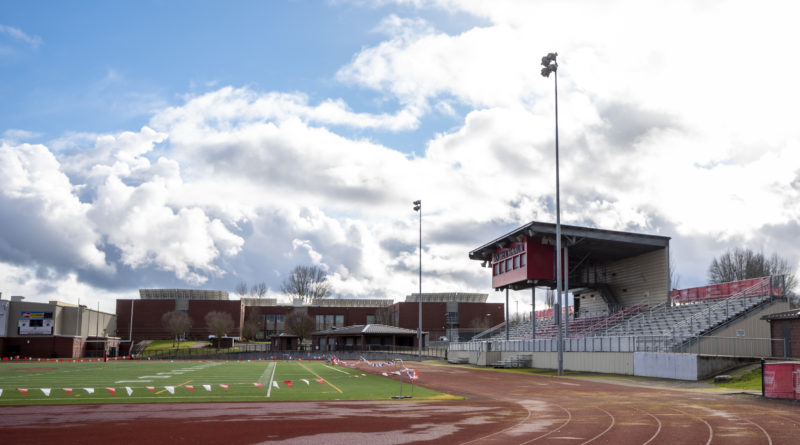 Over the next few weeks, SBLive Oregon will break down every 6A, 5A and 4A football team in the state in anticipation of a six-week season in March and April. Even if the season is postponed or canceled, we will continue to highlight more than a hundred teams and more than a thousand players in Oregon. Here’s our look at the Central Panthers of the Class 5A Mid-Willamette Conference.

Girod is a true do-everything player for the Panthers. He is a returning starter at running back, where he made honorable mention all-Mid-Willamette Conference in 2019. On defense, Girod was a second-team all-MWC pick at linebacker. He also is a standout punter. “Justin is one of the top tacklers on defense and will get a lot of touches on offense,” Everett said.

Nelson was slated to battle with returning starter Brooks Ferguson for the quarterback spot, but Ferguson opted to step away from the Central football program, opening the door for Nelson to start as a sophomore. Nelson stands 6-foot-2 and is smart and willing to learn, according to Everett. “He’s very coachable,” Everett said. “We are excited to be able to start his varsity experience earlier than usual.”

Another sophomore pegged to start, Hernandez has excellent speed and quick acceleration. He will get some carries behind Girod on offense and be a key piece of Central’s secondary. “He has some of the best feel for the zone scheme I’ve seen at the high school level,” Everett said. “We are expecting Kolher and Justin to carry the offense behind a solid group of linemen.”

Mierau has started since his sophomore season and will be the captain of the offensive line at center. Everett is leaning on Mierau, an honorable mention all-MWC pick on offense as a junior, to keep the line in order. “He is a smart leader that will make sure all five guys work as one,” Everett said.

Foreman is going to start on both sides of the ball and be the anchor of the defense at linebacker. “We are expecting a lot from Brayden as he enters his junior year and has an increased role on the team,” Everett said.

All the way back in March, Everett was hired to be Central’s third head coach in the past three years. Longtime coach Shane Hedrick resigned following the 2018 season and Jeff Centoni stepped down after leading the Panthers to a 2-7 record in 2019.

Everett, a Western Oregon graduate who had spent the previous 10 years as an assistant at Central, walked into a new role right before the COVID-19 pandemic exploded.

“Getting hired just as things were beginning to shut down really put the brakes on hitting the ground running and getting a feel for the team,” Everett said.

Losing out on spring and summer workouts was a crushing blow to Everett and the Panthers, but the new coach believes he has a relentless bunch with a lot to prove. The 2-7 record in 2019 was the program’s worst in 40 years, and the players are hungry to turn things around in a hurry.

“We will be a younger team that will be led by a smaller group of seniors that will do everything in their power to make this year their best, if given the opportunity,” Everett said. “Our strength will come from the grit that all Central teams have, and the willingness to do the extra things to be successful.”

With a sophomore quarterback and several underclassmen scattered throughout the roster, the Panthers were unlikely to compete with the MWC’s top teams during a regular fall slate. But Everett, who coached Central’s freshman team to an undefeated record last season, believes the Panthers will again be competing for league titles sooner rather than later.

The only goal this season is to get back on the field and play.

“We need to put other things aside and be able to focus on having fun playing the great game of football,” Everett said.

“There have been a few guys that we haven’t seen out yet because of the pandemic. We are hoping to see them once we get closer to the season, but it’s hard to say with how fast things change.” — Joel Everett