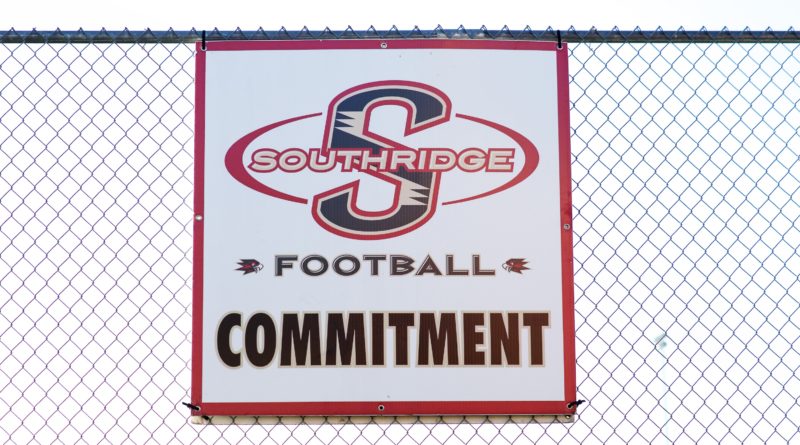 Over the next few weeks, SBLive Oregon will break down every 6A, 5A and 4A football team in the state in anticipation of a six-week season in March and April. Even if the season is postponed or canceled, we will continue to highlight more than a hundred teams and more than a thousand players in Oregon. Here’s our look at the Southridge Skyhawks of the Class 6A Metro League.

Playoffs: Lost 63-21 to Central Catholic in first round

Moxley was one of the most dominant linebackers in the Metro League last season, finishing with a team-high 142 tackles (23 for loss), 13 sacks and 16 hurries playing opposite Slail, who signed with Air Force. He is one of many players statewide who would benefit from having senior film to provide prospective college coaches. “Just a flat-out stud football player,” Bickler said. “He never wants to come out of the game. He will be a top player on the team and a great leader, dominant on both sides of the ball.”

Kaleb’s twin brother who also transferred from Aloha in the summer of 2019, Kyle’s junior season was cut short by a knee injury suffered at practice the week before the opener. He worked hard to come back from the injury and is in the best shape of his life hoping to make up for lost time. “He is as dominant a defensive player as anyone in this league,” Bickler said. “He was expected to have a huge season.”

Brown, a two-year starter for the Skyhawks, is the team’s top returning receiver with 13 catches for 132 yards and a touchdown. He made 16 tackles at defensive end. “A hard worker and dedicated, with great hands and a team-first mentality,” Bickler said. “He has the potential to play college football and should have a great senior year.”

Hopkins missed six weeks because of injury last season, returning in Week 8 against Beaverton and finishing the year with 16 tackles (three for loss). “A great kid and hard worker who should be a force on both sides of the ball this year,” Bickler said.

Marquez backed up 1,300-yard rusher Moreland last season, finishing with 215 yards (most among returning players) and a touchdown on 46 carries. “He worked extremely hard in the offseason and was ready to take over the reins,” Bickler said. “He’s expected to play a big part in our offense.”

Mitchell sat out his junior season, but the speedster is slated to become a top playmaker on the perimeter after the graduation of the Skyhawks’ top four receivers. “He’s a burner on offense and can cover with anyone on defense,” Bickler said. “Very fast and extremely athletic, he was focused and ready to dominate and do whatever he could to help the team.”

Seamster is a two-year starter who had 24 tackles (three for loss) last season. “A hard worker, he shows up and competes every day,” Bickler said. “Consistent and dominant on both sides of the ball.”

Aviles, who started eight games at cornerback as a sophomore (33 tackles), has the potential to become a lockdown defender and a major contributor on offense. “He’s extremely athletic, with great hands and as competitive as it gets,” Bickler said.

Battilega is projected to start at center and fits into the interior line rotation on defense after receiving spot action as a swing player last season. “A dominant blocker and hard worker, he’s a force in the middle and anchor of the line,” Bickler said.

Carranza started nine games at safety as a sophomore, finishing with 34 tackles and an interception. “He has a big frame and is smart and athletic,” Bickler said. “He has a great football IQ and flies to the football.”

For the past couple of seasons, Southridge has teased its potential to return to the program’s highs of the late 2000s, when the Skyhawks reached the 2006 final and won the 2008 title. Instead, they’ve suffered through six consecutive losing seasons, including 2019, when injuries cost them several of their top defenders.

“We could have performed better but had close, competitive games where we couldn’t close out,” Bickler said. “We lacked the depth to finish games strong.”

With the Moxley brothers back to anchor the defense, the major question marks are on offense, starting with who will take over for two-year starting quarterback Darik Salinas (2,268 yards, 20 touchdowns, 11 interceptions as a senior).

“Both have their strengths,” Bickler said. “It will be fun to see them compete for the starting job. They have both worked extremely hard in the offseason and are great teammates.”

“Our ability to face adversity will be the key to overcoming things in the year ahead. We want to come out and perform to the best of our abilities every day and every game and walk off the field knowing we gave everything we could and left it all on the field.” — Kevin Bickler