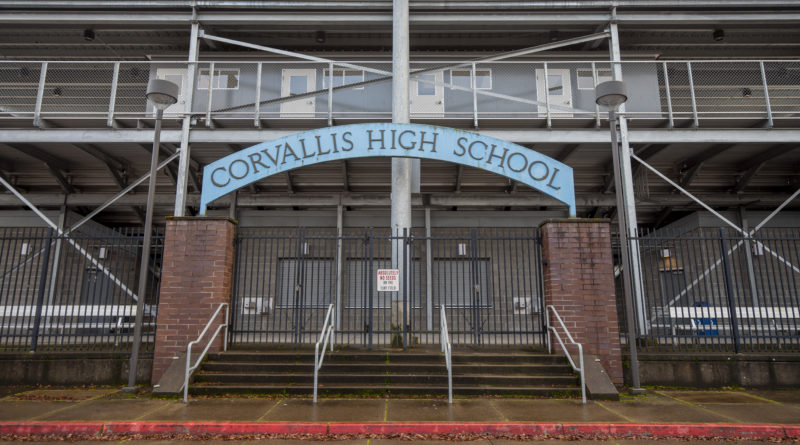 Over the next few weeks, SBLive Oregon will break down every 6A, 5A and 4A football team in the state in anticipation of a six-week season in March and April. Even if the season is postponed or canceled, we will continue to highlight more than a hundred teams and more than a thousand players in Oregon. Here’s our look at the Corvallis Spartans of the Class 5A Mid-Willamette Conference.

Playoffs: Lost 61-21 at Thurston in first round

Wise was a first-team all-Mid-Willamette Conference pick at linebacker last season. He can play multiple positions on offense. McGowan said the Spartans could use Wise at H-back, tight end and potentially running back. “He’s very motivated and he’s a little bigger this year and plays with that same energy at linebacker,” McGowan said. “He can play in a lot of different places, but his biggest impact will be on defense.”

An honorable mention all-MWC recipient on both sides of the ball as a junior, Hankins is entering his third year as a starter. He got a little bigger, faster and stronger during the offseason and is excellent on 50-50 balls. “He’s going to be very tough for people to match up on,” McGowan said. “He has good hands and really competes well for the ball on both sides.”

Tucker was an impact lineman as a sophomore, receiving all-MWC honorable mention on both sides of the ball. McGowan expects Tucker to be a leader among a largely inexperienced group of linemen. “With the lack of depth we have on the line, he’s going to be playing a lot and will have to be in pretty good shape,” McGowan said. “He’s probably our best, most physical lineman we have.”

Thompson is an athletic junior who received all-MWC honorable mention on defense last season. McGowan said Thompson is up to 205 pounds and likely will be in the running back rotation moving forward. “A lot of the guys have gotten together in the offseason and made great improvements, and Nate is one of them,” McGowan said. “He’s gotten stronger, and you can just tell.”

Another returning junior who made all-MWC honorable mention a season ago, Wright is a versatile defender who will take over for Ethan Hester in the slot. “Our A-back goes in motion a lot, blocks, gets the ball on pass plays and on fly sweeps,” McGowan said. “Wright can do all of that and play in the box on defense and cover. He’s another guy who’s had a great attitude and worked hard in the offseason.”

Wolfe can play any position in the defensive backfield and will be another receiving threat in the Spartans’ offense. McGowan said Wolfe greatly improved his overall speed during the offseason. “He was kind of new last year — I believe it was only his second year playing,” McGowan said. “He really developed a love for the game and he’s going to bring some speed, whereas last year I wouldn’t have been able to say that.”

Like many programs, Corvallis has struggled with numbers while figuring out how to practice during the COVID-19 pandemic. McGowan said 52 kids are signed up to play, and about 25 to 30 show up per workout. He does believe the numbers will improve once a schedule is set, but the Spartans are short on linemen at all grade levels.

“My biggest concern right now is who is going to play on the line,” McGowan said. “We might have to move some kids from some spots and be creative. But even with that, I think we will be very competitive because we’ve got some pretty athletic guys.”

“I think both guys are pretty talented, and both will get lots of playing time, unless somebody emerges,” McGowan said. “Either one of them could play receiver, too. They are very supportive of each other.”

Corvallis won its final two regular-season games of 2019 to qualify for the playoffs for the first time since 2014. The Spartans were looking forward to building on that momentum, but the season got put on hold.

McGowan said the team has not talked about specific goals, choosing to take it one day at a time instead.

“We always go into a season saying let’s be the best football team we can possibly be, and I don’t think that changes,” McGowan said. “For me personally, it’s always been about the kids, but you can put an exclamation point on that now. It’s an emphasis on having fun, appreciating the game and appreciating each other, and I think the kids feel the same way.

“I haven’t seen one bad attitude at all. There’s a pretty tight bond with the older guys helping the younger guys, and it’s neat to see.”

“I think our wide receiver group is going to be really good. There is not just one player to focus on; we’ve got a lot of different guys. It’s a nice position to be in.” — Chris McGowan