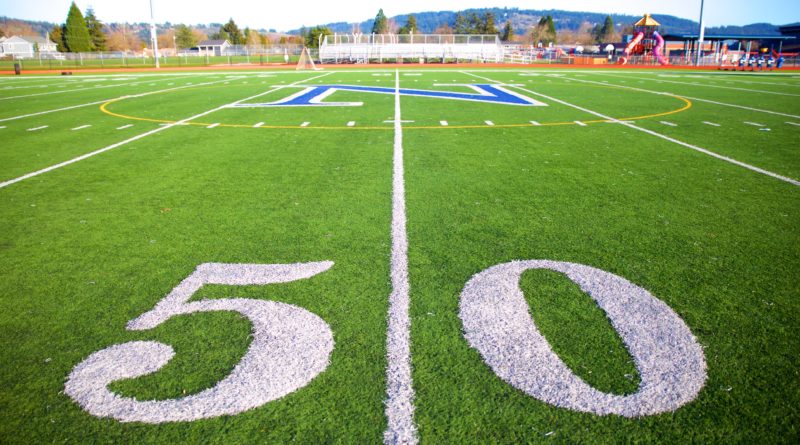 Over the next few weeks, SBLive Oregon will break down every 6A, 5A and 4A football team in the state in anticipation of a six-week season in March and April. Even if the season is postponed or canceled, we will continue to highlight more than a hundred teams and more than a thousand players in Oregon. Here’s our look at the Newberg Tigers of the Class 6A Pacific Conference.

Playoffs: Beat South Medford 28-0 in first round; lost 28-12 to Central Catholic in second round

Durrell won a three-way battle for the starting job last season and led the Tigers to their most wins in the past 59 years, earning all-league honorable mention while throwing for 724 yards and five touchdowns with five interceptions. He’s matured physically over the past 14 months, gaining almost 40 pounds in muscle while improving his strength and speed. “He has a special mind and is a great leader,” Hastin said. “He’s been the biggest leader in our offseason training. I think he’s going to turn some heads after this season.”

Pothier entered the lineup last season as an unknown and undersized sophomore and finished the season as one of the league’s top backs, running for a team-high 1,176 yards and 19 touchdowns and earning first-team all-league honors. He medaled at the state wrestling meet last February, placing fourth at 145, and like Durrell has sculpted himself in the offseason in preparation for what he hoped would be a big junior year. “Price is a stud, and his transition to his junior year has been pretty impressive,” Hastin said. “He’s got great vision and runs at a great pad level. He was a physical runner last year at 155, and I was excited to see him play and get live reps this year.”

In the Tigers’ hybrid wing-T attack, receivers don’t get much love, but Hawley essentially was the team’s passing-game weapon last season, catching 24 passes for 544 yards and six touchdowns in earning second-team all-league honors. He also was a second-team cornerback for the second consecutive season. “He’s a big target for us out at wideout,” Hastin said. “With his experience and talent, I’m excited about what he can do.”

The Tigers amassed nearly 3,000 yards on the ground last season thanks in large part to an offensive line that had three all-leaguers and returns four starters, led by Russell, a first-team all-league pick in the middle. “He’s extremely cerebral and understands the game really well,” Hastin said. “He gets on blocks at the second level really quickly. Having him return is very reassuring.”

Croskrey has started the past two seasons at middle linebacker and was named to the all-league first team as a junior after leading the Tigers with 95 tackles (eight for loss) and five sacks. Hastin praised Croskrey’s ability to drop back in pass coverage, as evidenced by his three interceptions. He’s getting looks from several Division III schools. “He’s one of the better linebackers that I’ve ever coached,” Hastin said. “He’s a dynamic player who can run sideline to sideline with great speed. He’s got a great nose for the ball and anticipates the play really well.”

Stroup earned first-team all-league honors in his first season starting at strong safety in the Tigers’ 4-2-5 alignment, finishing with 43 tackles (four for loss), seven pass breakups and two forced fumbles. He’s received interest from nearby Linfield and George Fox. “He’s someone who does all the little things right,” Hastin said. “He could definitely play at the next level.”

As a sophomore, Evans made the all-league second team at punter, averaging 36.9 yards per punt with a long of 58 yards, and played safety, making 17 tackles. He is one of the state’s top wrestlers, winning a state title at 132 pounds last February and traveling to Des Moines, Iowa, over Halloween weekend and winning the 152 title at the Brian Keck Memorial Preseason Nationals. “He’s a very tough competitor and big-time player for us,” Hastin said.

O’Bryan is another member of Newberg’s state champion wrestling team who puts his skills on the mat to good use on the gridiron. He placed third in the heavyweight division last February after earning second-team all-league honors on the offensive line. He made 30 tackles (seven for loss) at defensive tackle.

Apilando started in the secondary as a sophomore and received all-league honorable mention, and he played a significant amount at wingback, running for 389 yards and five touchdowns on 69 carries and catching five passes (second on the team). “He’s a pretty dynamic player who really impressed as a sophomore,” Hastin said. “He played some really good corner, and he was the best running back catching the ball out of the backfield.”

Tarakhchyan led the team in interceptions for the second consecutive season, picking off three passes and breaking up 11 more to go with 48 tackles in earning all-league honorable mention. “He’s starting to mature physically and has gotten a lot quicker,” Hastin said.

Davis became a starter in the backfield four weeks into his freshman season and had an immediate impact, finishing third on the team with 445 rushing yards and two touchdowns. He had 16 tackles backing up Croskrey at middle linebacker. “He’s another big-time player who helped the group as a freshman,” Hastin said.

Turpen is a third-year starter on the offensive line who also will be part of the rotation on the defensive line. “He’s just been a great player for us,” Hastin said. “I’m excited to see what he can do for us in his senior year.”

Vargas started all 11 games at defensive tackle last season, making 38 tackles and two sacks. Hastin plans to move him outside to defensive end. “He was an animal inside, but with his body type, he’s a more natural defensive end,” Hastin said. “He’s just a guy who doesn’t back down. He competed extremely well.”

When Hastin arrived at Newberg in April 2017 from Troy High School in Fullerton, Calif., he first met the players who would form the core of this season’s senior class. He immediately sensed it was a special group, one that could take the program to never-before-seen heights.

“We have no superstars,” Hastin said. “Just a bunch of really good players and really good people who I enjoy coaching.”

Last season, the Tigers made it past the first round of the playoffs for the first time since 2016 and matched the school record for wins, achieved only twice before (1942, 1960) in the program’s 111-year history dating to 1909.

“We’d been building over the last couple of years and felt like we’d had some nice additions,” Hastin said.

Hastin now hopes to provide this special group of seniors a proper farewell and build upon a strong group of juniors led by Durrell, Apilando and Pothier to make another run at a conference title next fall.

“We made it to the second round and played Central Catholic really tough. That built confidence moving forward, and with the guys we had coming back, we had some bigger goals. I would love to play for all the marbles, but that might not be in the cards now. We can only focus on what we can control.” — Kevin Hastin