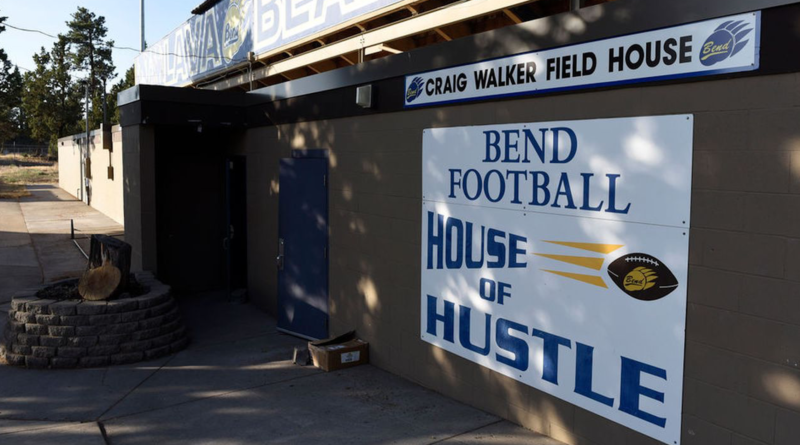 Over the next few weeks, SBLive Oregon will break down every 6A, 5A and 4A football team in the state in anticipation of a six-week season in March and April. Even if the season is postponed or canceled, we will continue to highlight more than a hundred teams and more than a thousand players in Oregon. Here’s our look at the Bend Lava Bears of the Class 6A Mountain Valley Conference.

Playoffs: Lost 63-35 to Aloha in first round

Musgrave, younger brother of Oregon State tight end Luke Musgrave, started at quarterback for most of last season before suffering a broken finger. The Idaho signee will be moving to inside linebacker this season and playing some wide receiver on offense. “He has put on a tremendous amount of good weight and I don’t think he’s missed anything (during the pandemic),” Craven said. “He is a hard-working kid from a very athletic family.”

Playing both ways in the trenches is difficult at the 6A level, but Nielsen is too good to be limited to one side of the ball. He was a first-team all-Mountain Valley Conference selection on defense last season and received honorable mention on offense. “He’s a guy that we look to start at guard, which is a crucial position on our offensive line,” Craven said. “We see him as a guy who is also going to split time on defense.”

A second-team all-MVC safety last season, Winchester has been one of Bend’s strongest performers during practice. Craven said Winchester will continue to anchor the team’s secondary while playing some wing back on offense. “I don’t think there’s a kid who works harder and is more committed,” Craven said. “Having that extra year of playing in the secondary always slows the game down for those kids.”

Gilbert received honorable mention all-MVC on offense a season ago and is poised for a breakthrough junior year. Craven said Gilbert probably has the best hands on the team. He also could be a factor at linebacker. “He has definitely grown and doesn’t look like a sophomore anymore — he looks like a mature high school kid,” Craven said. “I think he is going to make a real impact for us.”

Castillo started the final three games at quarterback last season after Musgrave’s injury. He has the necessary skills and arm strength to run the offense, but Craven wants to see Castillo allow the game to come to him. “I think all young quarterbacks think they can control the game with their arm when in reality, a lot of times it’s playing your role that makes your offense effective,” Craven said. “Him learning what that role is meant to be is the key to him being successful.”

Bend made the playoffs last season by riding star running back Nate Denney, who rushed for 2,200 yards and 24 touchdowns en route to Mountain Valley offensive player of the year honors. Denney committed to Yale over the summer and moved to Texas for his senior season. Talented safety Micajah Weisner also bolted to play fall football, transferring to Bozeman High in Montana. Weisner was a first-team all-MVC pick on defense as a junior.

Replacing Denney and Weisner is no easy task, but Craven likes the way his junior-heavy group has handled the pandemic. The team has been practicing under portable outdoor lights after school, braving the elements to get better each day.

“It’s pretty cold, but the kids keep showing up,” Craven said. “They have been working diligently under the constraints we’re all put under. I’ve been really pleased with their commitment level.”

Quarterback remains a question mark for Bend as Castillo and sophomores Alexander Emery, Blake Groshong and Logan Malinowski are competing for the job.

The Lava Bears also are young at other positions, but Craven continues to see solid growth in practice. The future appears bright at Bend.

“I think a lot of kids right now are just grasping onto activities and things they took for granted before, so they are excited to get out and practice,” Craven said.

“Our senior class is not as heavy in numbers, and we lost a couple kids who moved out of state so they could play football in the fall. That made it tough on our senior class, but the kids that stayed have put in the work.” — Matt Craven