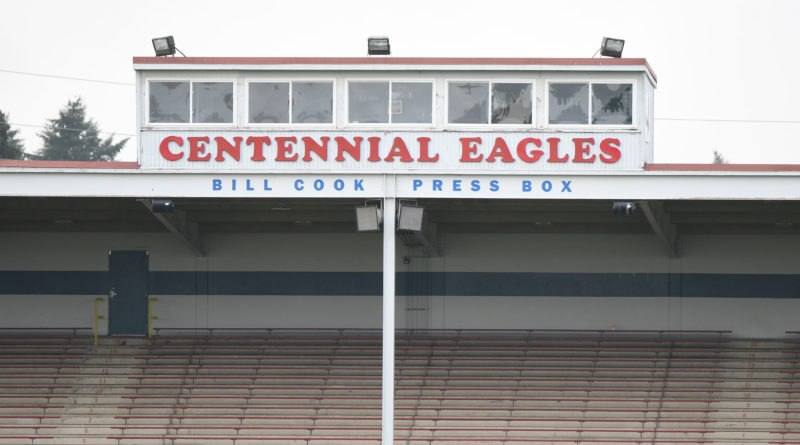 Over the next few weeks, SBLive Oregon will break down every 6A, 5A and 4A football team in the state in anticipation of a six-week season in March and April. Even if the season is postponed or canceled, we will continue to highlight more than a hundred teams and more than a thousand players in Oregon. Here’s our look at the Centennial Eagles of the Class 6A Mt. Hood Conference.

WR/DB Kyle Fitzgerald, honorable mention on offense and on defense

Williams-Lomax was thrown into the fray as a freshman after senior Kyle Fitzgerald was hurt in Week 2. Self said there was some on-the-job learning, but Williams-Lomax — running a triple-option offense out of the pistol formation — made the coaching staff excited about the next three seasons. Even when Fitzgerald returned late in the season, Williams-Lomax remained the starting quarterback. “He’s super athletic running the ball,” Self said. “And he has a great arm throwing it. Super impressed with him.”

After the out-of-state transfer of Centennial’s leading rusher from 2018 before last season, Hein was moved from slot receiver to running back. The move worked well enough that he was all-Mt. Hood Conference honorable mention at the position. The 5-foot-10, 185-pound Hein, also a wrestler whose toughness is evident on the football field, was among the team’s leading tacklers from an outside linebacker/rolled-up safety spot. “We have a hard time getting him off the field,” Self said.

The Darby brothers are both about 6 feet and 260 pounds, size they have built through sweat and effort. “They’ve probably put in the most work this offseason,” Self said, alluding to social media posts they have of their workouts. “They’re really tough inside,” Self said.

Cole was voted a captain by his teammates after last season. The 5-11, 260-pounder is physical on the line and, Self said, probably one of the strongest players in the weight room. He was all-Mt. Hood honorable mention on the offensive line last season, and the Eagles expect to use him more on defense than in 2019. “Taveli didn’t play a lot last year on defense,” Self said. “When he did, he was fantastic. We were a little thin at center, and when you’re a (shotgun) team, that’s an important spot. So, we didn’t want to risk him. He really forced us to play him a lot more than probably we wanted to, because he was just so dominant.”

Williams-Lomax’s favorite target for the next three seasons could turn out to be Boyd. “He might have the best hands in the entire program,” Self said. “He just catches everything.” Self said the 6-foot Boyd is up to about 155 pounds thanks to hard work in the weight room. “I’m really excited to see him get going and see what he can do with another year,” Self said.

The trajectory of Centennial’s 2019 season was altered in Week 2, when starting quarterback Fitzgerald suffered an injury that sidelined him for several weeks. Out of that, however, Williams-Lomax emerged as a freshman and developed into someone Self is excited to see play.

“He got better each week as he got more comfortable, so by the time we got to the end, he was doing some really good things,” Self said.

The Eagles of Gresham had one win last season (Week 3 over winless Madison), and most of the losses weren’t that close. Williams-Lomax passed for multiple touchdowns in two of the final three games, including against eventual state semifinalist Barlow. That kind of a finish sparked optimism about his and the team’s future.

“I think that entire sophomore class of his has a bunch of really good young athletes coming up who are going to see a lot of playing time,” Self said, adding, “We have some really big senior lineman this year.”

That offensive line looks capable of giving Williams-Lomax and the other skill position players time and space to succeed. Like all coaches, Self is most concerned with being able to get on the field and give his players — especially the seniors — a chance to have a season.

“Had we played normally, my goal was for us to be .500 or slightly above and try to make the playoffs,” Self said. “That would have been a successful season for this group. And use that as a steppingstone to hopefully make a push the next couple of years toward a league title.”

Of Centennial’s eight players who last season were voted to some level of the all-Mt. Hood Conference team, two return. So, there is plenty of opportunity for fresh blood to establish themselves this season.

With generally unheralded players and the Eagles’ youth this season, victories could again be difficult to come by. Closing the gap on opponents and setting the program up for the future could be a logical progression to aim for this year.

“Even though there’s not going to be a playoff, we’d like to win more than we lose. That would be a successful season, and to see that growth in the program and really try to ramp up for the next couple of years.” — Butch Self