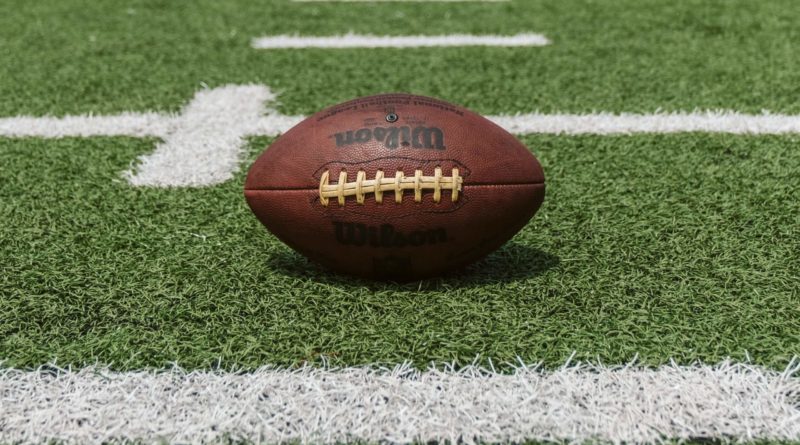 Monday marked the first day of official practice for the high school football season in Oregon, kicking off a compressed sports calendar that will see each sport offered by the OSAA competed in a four-month period.

What the high school football season will look like when play begins March 5 is still up in the air, however, following Monday’s OSAA Executive Board meeting.

Awaiting possible new guidance from Gov. Kate Brown’s office and the Oregon Health Authority regarding contact sports that are expected to be released this week, the Executive Board approved Monday options for schools to play 7-on-7 and flag football should the state not reverse its prohibition on football and other contact sports.

The board also approved virtual lineman challenges and combines while stressing it will continue to advocate for full-contact 11-on-11 football to be allowed this spring.

“If changes come from the governor’s office that allow things to proceed in some schools or any or all counties, we want that to happen,” said OSAA Executive Director Peter Weber. “But the board felt it was important to have those alternative options in play going forward.”

The board also approved moving forward with soccer and cross country, two sports that fall within the state’s medium- and non-contact sports designations, respectively. Those sports will begin practice Feb. 22, with the first day of the six-week season March 1.

Volleyball, which like soccer is on the medium-contact list but faces different restrictions because it is an indoor activity, was approved to start practice Feb. 22 in counties not designated as Extreme Risk under the state’s COVID-19 restrictions.

On Tuesday, Gov. Brown announced that 10 counties, including Multnomah, Washington, Clackamas and Deschutes, had moved out of the Extreme Risk category, which would permit teams in the Portland and Bend areas to begin practicing indoors Feb. 22.

Currently, 14 counties have metrics that leave them in Extreme Risk status:

The Executive Board approved two alternatives for volleyball programs in Extreme Risk counties, allowing them to play their matches outdoors or petition the OSAA to move their seasons to later in the school year.

“Certainly, the focus of the board (Monday) was to provide as many options as possible trying to work within the parameters set forth,” Weber said. “Those that can play, let’s get them out there and play. And those that cannot, what options or alternatives can we provide them?”

Monday’s football practices start a week of non-contact conditioning work that normally would take place in August in preparation for a fall full of Friday Night Lights.

Unfortunately, Tuesday’s announcement regarding the 10 counties moving out of the Extreme Risk category did not include any information about revised guidance for contact sports such as football.

“In 20-plus years of coaching, I have never had to plan a practice without knowing what the end goal or building block was going to be,” said McMinnville football coach and athletic director Ryan McIrvin. “Right now, we are having to do that. Not having a clear answer or direction is, in some ways, harder on the kids and coaches than getting an answer we may not like.”

Defending 6A state champion Central Catholic is among hundreds of programs that are left in a similar state of uncertainty this week.

“My first reaction was frustration that there is not a clear decision,” Rams coach Steve Pyne said. “However, the fact that the governor and the OHA are supposed to have new guidance as early as the end of this week — there is still hope.”

Lakeridge first-year coach Spencer Phillips points out, though, that hope can carry players and coaches only so far.

“Even though I am thankful to be allowed to practice, it gets hard for kids to keep their motivation if there is no reward at the end of the road,” Phillips said. “I think it is even harder for kids to come to the realization of them not being able to play when other states successfully had seasons, the NCAA was able to progress, and we all just watched the NFL complete a 17-week season. I think that is hard for these kids to understand.”

Weber insists that he and the other Executive Board members share that frustration, but there is only so much they can do given the governor’s executive orders prohibiting contact sports.

Weber and the OSAA staff have been in regular discussions with the governor’s office and OHA regarding the resumption of high school sports from an 11-month hiatus since the cancellation of the 6A, 5A and 4A basketball state tournaments in March.

They have presented information provided from the 36 states that successfully completed fall sports seasons, including full-contact football, as well as revised guidance from the National Federation of State High School Associations (NFHS) Sports Medicine Advisory Committee regarding COVID-19 transmission in high school sports.

The committee also used current CDC recommendations and published and unpublished data — including a University of Wisconsin study that concluded in part, “These findings suggest that participation in sports is not associated with an increased risk of COVID-19 among Wisconsin high school student-athletes. … (But) we should recognize that COVID-19 risk will vary in different areas of the country and across age groups.” — in revising its guidelines for the nation’s high school sports programs.

Without divulging specifics about the OSAA’s conversations with state health officials, Weber expressed guarded optimism during Monday’s board meeting that based on recent discussions, favorable changes regarding contact and indoor sports could come from the governor’s office and OHA this week.

“We don’t know what those potential changes are,” Weber said. “But they also have an interest in getting kids back in school, back to participation in sports. They want that, but what does that look like, and how,  in their role, does public health remain safeguarded?”

Charles Boyle, Deputy Communications Director with the governor’s office, said that Gov. Brown understands “that this has been a frustrating year for Oregon’s youth athletes, and that athletes and coaches are hoping to have more certainty about the spring season.”

While acknowledging there is no specific timeline for the review process, Boyle added that “Gov. Brown knows how important school sports are in fostering the mental, physical, social and emotional health of student-athletes. … Our office is working with the Oregon Health Authority to review available data and, as COVID-19 numbers drop, determine if updates to sports guidance are feasible, while still safeguarding the health of athletes, their parents, and their communities.”

Weber recognizes there are no guarantees regarding what state health officials and the governor’s office will announce. If they decide not to lift their prohibition on contact sports, that would leave schools with the option of playing 7-on-7 or flag football — or not participating in football at all this school year.

“I have not even begun to think about 7v7 or lineman challenge-type events and won’t until that is the only option,” Pyne said. “We will have practice today and until they tell us that we are not playing.”

McIrvin added, “Our kids, our coaches and our program are prepared for whatever scenario comes into play. If that means we treat this season like a college spring practice, or if we are playing in some other form, we will do that and make it the best we can for our kids.”

Washington recently permitted sports such as football and volleyball in areas of the state that have entered Phase 2 status. While much of Southwest Washington has not achieved that status, recent declines in COVID-19 cases provide hope that the region will reach Phase 2 before the Feb. 22 deadline set by the 4A/3A Greater St. Helens League to begin play.

“With other states opening up — New York, Illinois, New Mexico, Washington — we continue to advocate for our belief that these things can occur,” Weber said. “They have been occurring in other places, with protocols and mitigation in place so that they can happen.”

The board also brought up potential culminating-week options for the four sports scheduled to begin play in March, although no decisions were made.

The possibility of “bowl games” for football teams in the final week of the season and regional championships in soccer and volleyball were presented as options, although the board directed OSAA staff to develop more concrete proposals to review at its Feb. 17 work session.

“Certainly, given the restrictions in place, I think the reality is that there likely won’t be state championship events given some of those restrictions,” Weber said.

Even cross country, the sport that appears most conducive to holding a state championship that closely resembles its current format, is problematic. While several locations have held small races during the fall and winter, nothing at the scale of a state championship for one classification has been attempted, much less the six-classification extravaganza contested each November at Lane Community College in Eugene.

“We’ve had a number of conversations about different options to do that, and there could be options, but also challenges,” Weber said. “From capacity level and a county and facility level, and then also the idea of schools going from being hyper-focused on local and regional play to getting to the last week of the season and the concept of having kids coming from all over the state to one location seems to go against where things are right now with regards to travel and transportation.

“It’s all part of the discussion as we see what type of opportunity we can provide. The thing we’ve heard from schools is that providing the opportunity for them to manage those things at the local and regional level is intriguing to some of them, and they understand the travel and logistics they’ll face.”