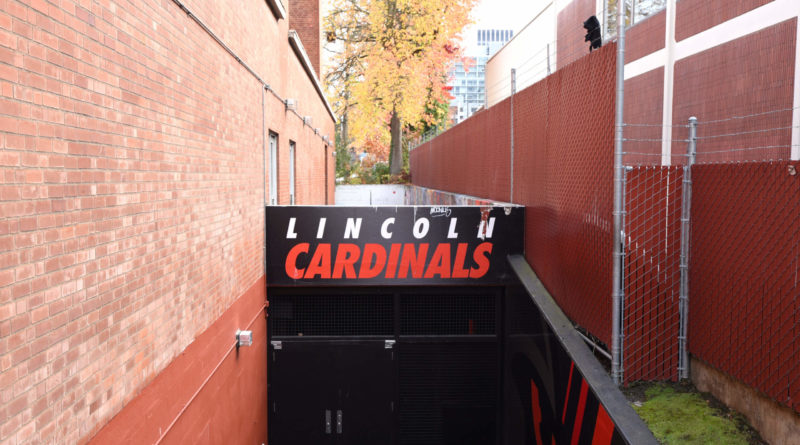 Over the next few weeks, SBLive Oregon will break down every 6A, 5A and 4A football team in the state in anticipation of a six-week season in March and April. Even if the season is postponed or canceled, we will continue to highlight more than a hundred teams and more than a thousand players in Oregon. Here’s our look at the Lincoln Cardinals of the Class 6A Portland Interscholastic League.

A third-year varsity player, Willmott was first-team all-Portland Interscholastic League on offense as a utility player and second-team all-PIL as a defensive back last season. Johnson said Willmott has put on about 15 to 20 pounds of “good” weight since last season. “He’s always been a little undersized in his frame, but he’s as tough as they come pound-for-pound,” Johnson said. Willmott, who attends Oregon Episcopal School in Southwest Portland and scored more than half of the Aardvarks’ points in their OSAA Class 3A boys basketball championship game victory last year, is headed to Williams College in Williamstown, Massachusetts, where he hopes to play football and basketball. Willmott gained 713 yards on 88 carries (8.1 yards per carry) with 10 touchdowns and added six touchdowns receiving last season. “He’ll make plays happen where you’ll watch and say, ‘How did he do that?'” Johnson said. “We like to get him the ball in motion, going sideline to sideline (from the slot receiver position). But his vision and his ability to make guys miss make him the kind of guy you want to put in the backfield as well.” On defense, he is Lincoln’s top returner in terms of tackles and comes off a season in which he made three interceptions.

This season will be Paradis’ second playing organized football. The 6-foot-3, 245-pounder has a background in soccer and lacrosse, and Johnson encouraged the Catlin Gabel student to give football a try last season. “The whole family had an awesome experience last year,” Johnson said. The coach said Paradis is notably nimble and strong and adds quickness and smarts to the equation.

Ambrose started one game last season, and he couldn’t have begun much better — leading the Cardinals of Southwest Portland to a touchdown on their first drive against Franklin. He moved to quarterback last season after concentrating on wide receiver and defensive back the season before, and he will have the keys to the car this season. Ambrose finished that game against Franklin 9 of 14 for 119 yards and three touchdowns. “He’s a bright kid,” Johnson said. “He cares about his teammates a lot, loves to compete.”

After playing behind strong players the past two seasons, the path is clear for Franzen to take a leading role as a senior. On offense, Johnson said, he’s sure-handed, and on defense, he’ll be relied on at safety and outside linebacker. “He’s got great feet,” Johnson said.

Lowe is another player who is looking forward to his second season of organized football. Also a basketball player and track athlete, Lowe caught two touchdown passes last season. “In the last year he’s developed greater confidence and a lot of strength and power,” Johnson said. Befitting a three-sport athlete, Lowe has what Johnson calls a rare skill set. “He has the ability to catch the ball that’s second to none,” Johnson said. “He adjusts when the ball’s in the air or when it’s thrown behind him as well as anyone I’ve ever coached.”

Prince was second-team all-PIL at guard as a sophomore, when necessity forced him to play all three line positions. “He’s one of our most committed players,” Johnson said, praising Prince’s strength, agility and ability to learn the nuances the different positions demand. “We can move him around as needed.” Prince had more than 25 tackles and two tackles for loss last season.

A third-year varsity player, Kopetz will start at fullback and middle or outside linebacker. “He worked so hard as a sophomore and didn’t complain and just kept trying and grew so much,” Johnson said. “He’s fearless. He’s the type of kid who will be glad to stick his nose in there and really move the pile, wherever it needs to go.” The 6-foot-3, 205-pound Kopetz was Lincoln’s third-leading rusher and fourth-leading tackler last season.

Togni primarily played on defense last season, leading the Cardinals in tackles, and he is targeted for more use as a fullback than in 2019. “He’s an undersized linebacker, but he’s a sideline-to-sideline kid,” Johnson said, noting the energy Togni brings to the program. “It doesn’t matter where the play goes, he’s going to get in the picture.”

After a PIL co-championship in 2018, Lincoln was 3-6 and had the sixth-lowest OSAA ranking at the end of the 2019 regular season. Youth and a lack of depth were crucial issues, Johnson said. A relative handful of players were the primary contributors, and sophomores made up a critical mass of those.

On the plus side, many of last season’s sophomores have been tested and are primed for their second go-round under the Friday night lights.

“We have a number of juniors who are going to get people’s attention,” Johnson said.

Though not a junior, Willmott looks like a good place to build out from. He’s a proven performer on both sides of the ball and boosts the Cardinals’ hopes for a better win-loss ledger this season. Johnson expects more players in the program, which should help address the depth issue.

“Knowing that we’ll probably play regional teams, I’d expect our kids to compete every quarter this year and make each one of those quarters a close, competitive experience,” Johnson said. “And hopefully we win halves, and if we put a couple of halves together, we’ll have a victory.”