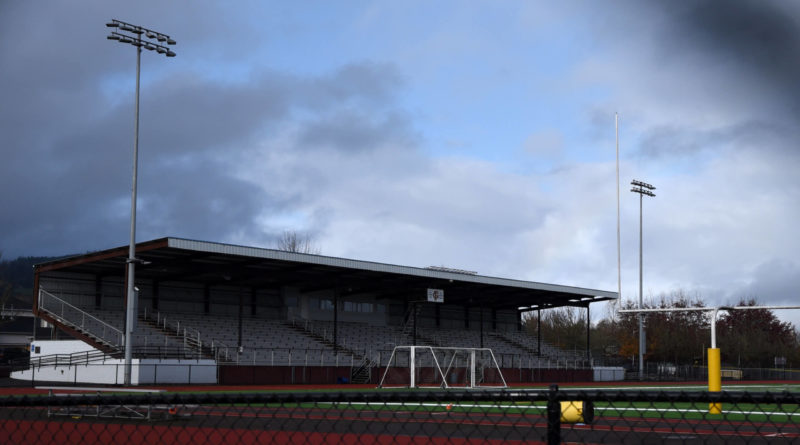 Over the next few weeks, SBLive Oregon will break down every 6A, 5A and 4A football team in the state in anticipation of a six-week season in March and April. Even if the season is postponed or canceled, we will continue to highlight more than a hundred teams and more than a thousand players in Oregon. Here’s our look at the Forest Grove Vikings of the Class 5A Northwest Oregon Conference West Division.

Case factored into the Vikings’ receiving game regularly last season. “He’s probably our best returning receiver,” Herbst said. Case also backed up at quarterback last season and is in the running to be the starter this season.

Opponents figure to make Parrow a point of emphasis in their game plans. He started on both lines last season and was second-team all-Northwest Oregon Conference West on the defensive line. “He was one of the best defensive tackles in the league last year,” Herbst said, “and he’s probably going to be the best defensive tackle in the league this year.” Built low to the ground at 5-foot-9 and 200 pounds, Parrow is “probably the strongest kid I’ve had in a long time,” Herbst said. “I think he’s going to cause problems for people.”

Reece will be a two-year starter at defensive end and is notable for his athleticism, his hands and his height (6-foot-2). “I look forward to seeing his development,” Herbst said.

Hale is the heir apparent at running back after the departures of Izzy Ahmad and CJ Doyle, who both earned all-conference honorable mention last season. With the presence of Ahmad and Doyle last season, some potential running backs moved to the offensive line. This season, Herbst looks to the 6-1, 220-pound Hale to be a primary ball carrier.

Tinoco and Grimm are returning starters on the offensive line. Tinoco is targeted to start at left tackle, and Grimm — who played some offensive tackle in 2019 — will start at center.

Brenner started on the offensive line last season and has experience at inside linebacker. “We’re counting a lot on him,” Herbst said.

A key question mark is who will succeed three-year starter Jarod Miller at quarterback. Early in the year, there were four candidates:

Herbst said each has his strengths and provides opportunities for the Vikings to be successful.

A 27-14 loss to La Salle Prep kept Forest Grove from its second consecutive playoff berth. Parrow is the Vikings’ only returner who received all-conference recognition last season, but Herbst said there are in fact several experienced players coming back.

“If we have a season, our goal will be week to week,” Herbst said. “‘Can I get better and can I show it on Friday night when we play?’”

Support for Miller’s successor from the skill-position players and the offensive line could go a long way toward determining success for Forest Grove.

“My goal right now is, if we get to have a season, I told my kids, ‘Our goal as a team is we come in in the best shape possible.'” — Perry Herbst