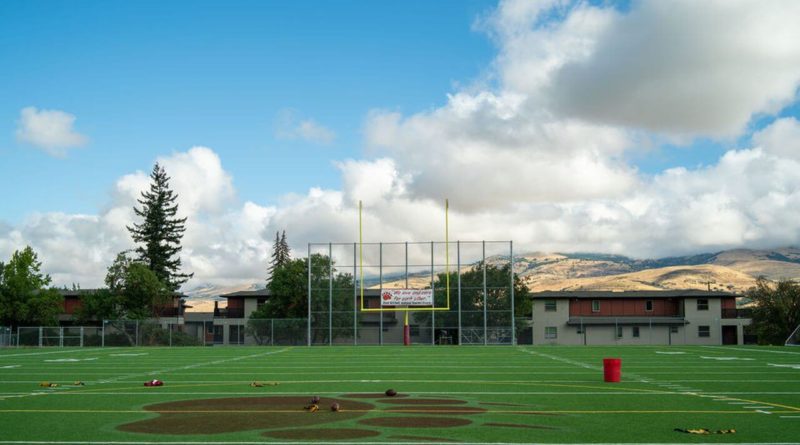 Over the next few weeks, SBLive Oregon will break down every 6A, 5A and 4A football team in the state in anticipation of a six-week season in March and April. Even if the season is postponed or canceled, we will continue to highlight more than a hundred teams and more than a thousand players in Oregon. Here’s our look at the Ashland Grizzlies of the Class 5A Midwestern League.

Playoffs: Beat Dallas 50-27 in first round; lost 41-15 to West Albany in quarterfinals

A returning starting safety, Ellis carries plenty of responsibility in Lehnerz’s hybrid defense. His responsibility level will ratchet up as a senior as he’ll also take over for Sayre under center. “He’s different than Rieger,” Lehnerz said. “Hayden is an athlete. He can throw the ball pretty well, but he can also run the ball well. He’s a tough kid.” Given the limited time the Grizzlies will have on the field before the season and Ellis’ mobility and willingness to run with the ball, expect more option plays and ground work from Ashland. “Part of our scheme depends on his attributes but also the time we’ve had to prepare a passing offense,” Lehnerz said. “We’re looking at ways of incorporating his athleticism in confusing the defense.”

LaFond will serve as a crucial part of the offensive and defensive lines, Ashland’s most experienced position group. “He’s been working his tail off since the whole pandemic started. He’s become more muscular and strong and agile,” Lehnerz said. Combine that with a 6-foot-4, 275-pound frame, and you have a formidable player up front. “He totally is motivated to play; if it’s one game, if it’s six games, he’s totally bought in,” his coach added.

The starting center, Robitz is another of Ashland’s big men who have gotten their work in any way they could during the pandemic. Along with LaFond and senior Cooper Nangle, Robitz will play both ways most of the time. Lehnerz is impressed with how much Robitz has improved his explosiveness, which should be a big boost as his defensive duties expand.

A starting cornerback, Rodriguez will see his playing time on offense increase significantly. Lehnerz likened Rodriguez’s build and skills to Seattle Seahawks receiver Tyler Lockett’s, and the coach plans to play Rodriguez in the slot and get him the ball in a variety of ways. “He’s probably our best skill player right now,” Lehnerz said. “He’s a guy who’s probably not going to come off the field.”

Hackett is another defensive standout whose offensive duties will increase this season. At 5-foot-8 and 210 pounds, Hackett is built like a freight train, but there’s more to him than that. “Super fast, super physical,” Lehnerz said. “He’s built like a fullback, but super quick and agile.” He’ll return to his spot behind the defensive line, and look for him to play off Ellis as the Grizzlies work some two-back sets into their offense.

Carter has serious speed and serious football skills, but he also is a talented baseball player, which makes his role in Ashland’s football season a serious question mark. “He’s been spending more of his time with baseball. I can’t blame him, because that’s available to him right now and football isn’t,” Lehnerz said. “But if we’re able to play and he played, he would be a huge part of what we do both offensively and defensively.”

While the pandemic has been hard on all football teams and players around the state, few programs have been put in tougher spots than Ashland. The Grizzlies started some conditioning work in June, in accordance with state guidance, but their training sessions were shut down a month later by local school administrators. Workouts resumed in October, and Ashland got in some 7-on-7 competition (which unfortunately resulted in a few season-altering injuries), but things shut down again in November, and organized workouts had not resumed as of mid-January.

Between those blocks of training, wildfires ripped through the region. The Grizzlies are used to having blankets of smoke interrupt their summer sessions, but this time was different — five players’ families lost everything in the Almeda Drive Fire, and many more had relatives affected as two nearby small towns that feed into Ashland High School burned to the ground.

“It was really the first day of school that parts of our town started on fire,” Lehnerz said. “It was heartbreaking. It was brutal. But the community support was awesome. People were pitching in, trying to help in whatever way they could.”

Numbers have been down at the workouts the Grizzlies have held, as there are doubts that there will even be a football season. On top of that, Lehnerz said several of his junior and senior players have needed to trade practice for a paycheck, taking part-time jobs to support their families through brutal economic conditions.

“We had some talks with our seniors, our upperclassmen, about where they were. It was tough,” Lehnerz said. “We kept telling our kids, ‘One day at a time.’ Some kids bought into it; other kids, it was really hard. Not just the hard work of football — everything they were dealing with outside of football.”

While Lehnerz believes his Grizzlies would have been competitive in a fall 2020 season, just getting onto the gridiron and having a safe football season is the prize now.

“I’m not even concerned about wins or losses,” Lehnerz said. “I want those seniors to have one last chance to play on their home field and play some Friday night football.”

With all of the uncertainty and anguish that have invaded the lives of his players and the community, Lehnerz is putting a priority on the little things — the smell of the grass, the feeling of putting on pads, tackling and even getting tackled.

Even with all of the difficulties, there’s plenty to be excited about within the program. Lehnerz has heard that his freshman class is packed with potential. A spring season will be essential for those kids in terms of getting accustomed to high school football.

“That’s one of the best groups that we’ve had, this ninth-grade group, and they need experience because they’re going to need to contribute early,” Lehnerz said. “As sophomores, I imagine a lot of those kids playing varsity.”

“We’re going to have some kids with three or four hairs on their face going against kids with full beards and goatees.” — Beau Lehnerz