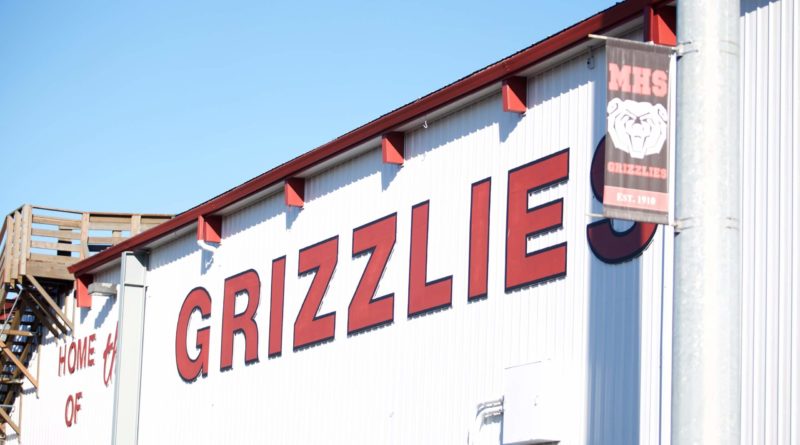 Over the next few weeks, SBLive Oregon will break down every 6A, 5A and 4A football team in the state in anticipation of a six-week season in March and April. Even if the season is postponed or canceled, we will continue to highlight more than a hundred teams and more than a thousand players in Oregon. Here’s our look at the McMinnville Grizzlies of the Class 6A Pacific Conference.

Hoskinson has committed to Cal State Bakersfield for baseball, but McIrvin believes he could develop into a college football prospect after earning all-conference honorable mention as a sophomore, throwing for 549 yards and three touchdowns while splitting time with Cole Justice, who graduated. “He made a big step from frosh ball to varsity, and he could take another big step this year,” McIrvin said. “He’s a hard worker who’s grown and developed physically.”

Another player who could have signed collegiately in two sports, Barnes was a first-team all-conference lineman last season and won a national championship in wrestling. He signed with Oregon State’s wrestling program in November. “He was dominant at times on the line last year,” McIrvin said. “I believe he is one of the best linemen in the state.”

Ginter, who transferred to McMinnville last season, instantly clicked with his new team, leading the Grizzlies with 844 rushing yards and 11 touchdowns on 138 carries and earning second-team all-conference honors. “He’s relentless in the weight room and showed his big-game potential with two 200-plus yard games,” McIrvin said.

Johnson was the star in the passing attack last season, with his 33 catches (for 433 yards) accounting for half of the team’s receptions. He was a second-team all-conference pick at receiver and received honorable mention at cornerback. “He is one of our most dedicated athletes and best leaders,” McIrvin said. “He is consistent and holds himself and his teammates to a high level.”

Washburn received all-conference honorable mention at all three positions he played last season. He caught six passes (two for touchdowns) at tight end and kicked 17 PATs and two field goals. “Matthew has matured in many ways and is poised to have an outstanding senior season,” McIrvin said. “We believe he can be a difference-maker on both sides of the ball as well as in the kicking game.”

Resendez, an honorable mention all-conference selection last season, will be a three-year starter in the interior of the offensive line. “An outstanding leader and role model for our program,” McIrvin said.

Another member of the Grizzlies’ offensive line who earned all-conference honorable mention in 2019, Upton has bulked up during the long offseason to prepare for whatever type of spring season they might have. “He’s a great kid, a hard worker who has a huge upside,” McIrvin said.

Edie plays a range of positions and was an honorable mention all-conference safety last season. He carried the ball 17 times for 61 yards and a touchdown backing up Ginter. “He’s a solid, consistent player who competes in everything he does,” McIrvin said. “He makes a difference for us on and off the field.”

McIrvin called Scyoc “a late bloomer” who would benefit from getting one final chance to showcase himself as a senior after putting in plenty of work in the offseason. “He made a dedication to being a better player and a better leader,” McIrvin said. “He is poised to be a strong contributor for us this year.”

Solorio turned out for football for the first time last season and was one of the team’s most improved players week to week. “He has worked hard to get stronger,” McIrvin said. “He’s a tough kid and will be a key part of our offensive line.”

Woods received action as a sophomore in the secondary, making a team-leading two interceptions, and worked his way into the rotation at receiver late in the season (three catches). He has improved his strength and sculpted his body in the weight room during the long offseason. “He has a tremendous work ethic and attitude,” McIrvin said. “He could be a difference-maker for us offensively.”

Last season was one of transition for the Grizzlies, who missed the playoffs for the first time since 2015 as they relied on a junior-heavy corps that was competitive in a couple of nonconference losses that ultimately cost them in the rankings.

“There were a lot of kids playing under the lights for the first time,” McIrvin said. “With the experience we gained last year, we are excited about the potential for this year.”

The Grizzlies graduated two-way starter Felix along the line but have several candidates ready to step into critical roles up front to flank Barnes, who has all-state potential before heading to Corvallis to wrestle for the Beavers.

They also will benefit from Hoskinson having a year under his belt. They’re hoping a six-game spring season will allow him to get more reps to prepare for what McIrvin believes could be a monster senior campaign.

The question entering next fall will then turn to who besides Woods joins Hoskinson in what could turn into another rebuilding effort, considering the number of seniors who will take the field this spring.

“There are a lot of unknowns with the season and the adjustment of the calendar. We are hopeful that all of the kids we expect to come out do come out. If we are able to get everyone out, we have the potential to surprise some people. Our team character is high, and we have a lot of kids that want to be successful and have put in the work throughout the challenging pandemic to do so.” — Ryan McIrvin