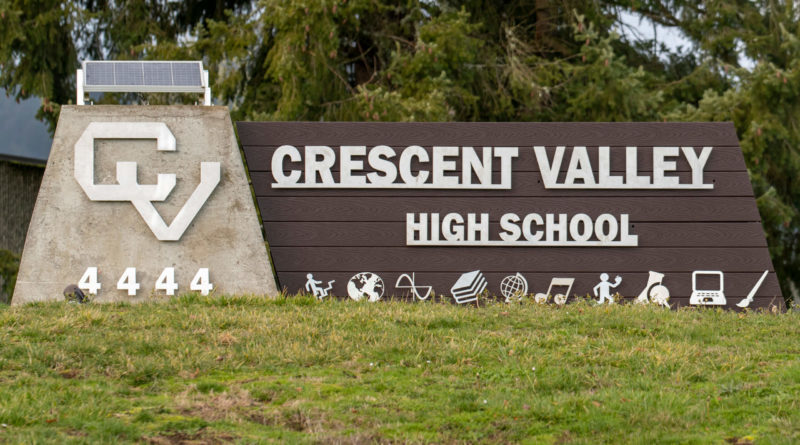 Over the next few weeks, SBLive Oregon will break down every 6A, 5A and 4A football team in the state in anticipation of a six-week season in March and April. Even if the season is postponed or canceled, we will continue to highlight more than a hundred teams and more than a thousand players in Oregon. Here’s our look at the Crescent Valley Raiders of the Class 5A Mid-Willamette Conference.

A transfer from Elmira, Parker is not a true quarterback but has the necessary arm talent to play the position in the Mid-Willamette Conference. The 6-foot, 180-pound junior is an excellent athlete who already has a good grasp of Crescent Valley’s offense, Connor said. “He’s going to get the keys and run with it,” Connor said. “Just watching him move around and what he’s done in the past, he can do a little bit of everything.”

Smith was all-MWC on both sides of the ball as a junior and projects to be one of the Raiders’ top playmakers again this season. He is a rangy free safety on defense who likes to fly around and attack the ball. On offense, Crescent Valley will feed Smith and let him make plays. “We’re expecting him to have a very, very good year,” Connor said. “In a normal year he’d be a first-team all-conference kid, and maybe more depending on how we did.”

Hoyer is a wrestler who will play some tight end, H-back and fullback on offense and middle linebacker on defense. He is a capable pass catcher and runner but is utilized more as a blocker in Crescent Valley’s run-heavy scheme. “He’s a guy who just flies around, likes contact and the physicality of football,” Connor said.

McQuillan didn’t play any varsity football last season but has impressed the coaching staff with his development during the extended offseason. Connor said McQuillan is a hard-nosed kid and a tireless worker. “He’s putting in the work, asking questions, wanting to get better,” Connor said. “He has really taken pride in doing what he can to get better.”

Edewards is undersized at 5-foot-7 and about 150 pounds, but Connor likes the way he runs the ball. Edewards and Austin Dalton are likely to get most of the carries for the Raiders. “Jackson got super into boxing and that type of stuff over quarantine,” Connor said. “He’s just another hard-nosed kid who is going to do what you ask him to do.”

A transfer from Lebanon, Dalton was the Class 5A 145-pound state wrestling champion as a sophomore. He played junior varsity last season behind Keith Brown and others, but Connor believes Dalton will make an immediate impact for the Raiders. “He doesn’t have blazing speed, but he’s a good runner between the tackles and is kind of shifty,” Connor said.

The limitations caused by the COVID-19 pandemic aren’t the only issue Crescent Valley has faced. As of mid-January, the Raiders have been getting only about 25 to 30 kids per workout out of 60 who signed up. Of those 30, Connor said only five are linemen. If the numbers don’t improve, Connor isn’t sure if Crescent Valley could even play 11-man football this spring.

“Our numbers have been drastically down, and I don’t know if it’s COVID, not being in school in person or what other variables there are,” Connor said. “As of right now, I’m not 100 percent confident I can piece together one team.”

The Raiders have four seniors in the program at the moment, but Connor said there is a big group of freshman and sophomore skill position players. Of the older players, Smith is a proven weapon at the Class 5A level, and Parker can move to wide receiver if a young quarterback steps up.

“I will say that we have a lot of really good, young skill kids,” Connor said. “But we’re going to be very young, and we’re very thin on both lines. That’s going to be a big question mark for us.”

Pandemic or not, Connor expected the Raiders to take a step back this season after narrowly missing the playoffs in 2019. The team lost eight all-conference players to graduation, and top returning lineman Kelly Iosua moved to Utah for his junior season.

Luckily for the Raiders, it should be a one-year dip if the underclassmen stick around.

“This year could be some bumps in the road for us, but in the long run it will help us out with those underclassmen getting game experience and reps,” Connor said. “The future is bright for us.”

“I’m not going to put kids in a bad spot. I have five linemen, and if one goes down, we might have to put a skill kid down at guard or tackle, and I don’t want to do that. I’m trying to be optimistic, but as it sits right now, I’m not so confident I can put a team together.” — Mike Connor