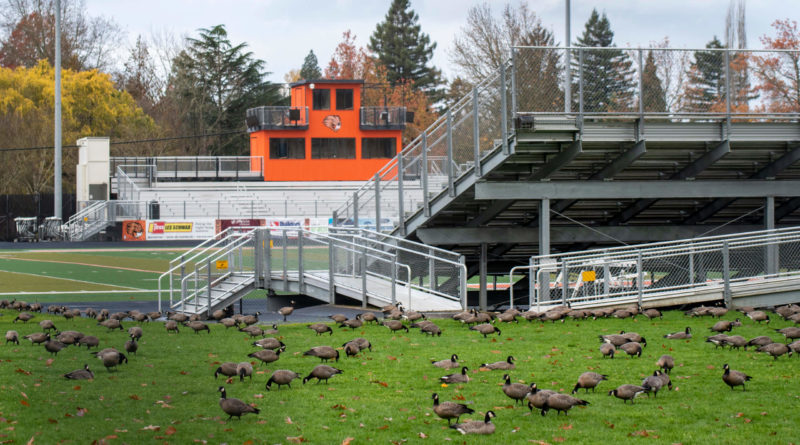 Over the next few weeks, SBLive Oregon will break down every 6A, 5A and 4A football team in the state in anticipation of a six-week season in March and April. Even if the season is postponed or canceled, we will continue to highlight more than a hundred teams and more than a thousand players in Oregon. Here’s our look at the Beaverton Beavers of the Class 6A Metro League.

Playoffs: Lost 48-27 to Lakeridge in first round

Walker has interest from service academy teams and several FCS schools, with 4.52-second 40-yard speed and 2019 statistics — 72 catches for 1,010 yards and 11 touchdowns at receiver, 59 tackles (49 solo), two interceptions, three forced fumbles and four pass breakups in the secondary — that helped earn him first-team all-Metro honors on both sides of the ball and second-team all-state on offense. He is one of several Northwest players who need strong senior film to jump on FBS radars. “He’s gotten stronger and put on weight, and he looks great,” Boyer said. “But not having a season has been difficult for him. He can do just about anything. His junior film was great, but coaches want to see how he’s doing now.”

Mendiola has added about 15 pounds of solid muscle after a junior season in which he earned second-team all-league honors at linebacker with 48 tackles and three sacks, and Boyer raved about his improved quickness in fall drills. “Just the confidence level that he approaches the game with now is so much higher than last year,” Boyer said. “It’s a night and day difference. I think he’s on his way toward that (Parker McKenna, now at Portland State) level.”

Keuter played JV last season at Mountainside but transferred to Beaverton in what Boyer called a bit of a homecoming, since Keuter played youth ball in the Beavers program. He figures to be in a three-way battle with Walker, who played quarterback as a freshman, and sophomore Hunter Borter (6-2, 185), although Boyer was leaning toward Keuter getting first crack. “Jay has got a real live arm and did really well in our passing league, but we haven’t seen him under fire yet,” Boyer said. “Hunter is still a bit raw.”

Graziano was a third-team all-league selection last season after going 36 for 43 on PATs and making two of the four field goals he attempted. He could receive time in the rotation at slot receiver.

Fitzhugh started at middle linebacker last season and put his rugby background with the Beaverton Barbarians to good use, making 43 tackles (29 solo) as a junior. He spent the fall 7on7 passing league working on his pass drops and gaining a better understanding of what opponents want to do, impressing Boyer with his improved play. “He’s smart and knows our defense,” Boyer said.

Albright played mostly at cornerback last season (29 tackles, three pass breakups), getting limited snaps at receiver given the depth the Beavers had at the position and making just four catches. He looked great in passing league as he prepared to take on a leading role in the passing game this season as a No. 1 or No. 2 receiver. “I expect him to be a standout this year,” Boyer said.

The departure of the Beavers’ top two rushers — McRae (537 yards, six touchdowns) and McKenna (507 yards, four touchdowns) — opens the door for Kouame, who last season came out for football for the first time after playing soccer his entire life. He looked at times clueless as he learned the game’s intricacies. His physical talent, though, was always evident, and during passing league, “he was one of the fastest, toughest kids we had,” Boyer said. “I think he could have a breakout year for us.”

Gonzalez quietly put together a solid sophomore season as a fourth or fifth option in the passing game, finishing with 23 catches for 381 yards and a touchdown. He figures to play as a slotback with Walker and Albright in three-receiver sets.

The Beavers graduated all five starters on the offensive front, opening a slot for Perdido, about whom Boyer boasted, “He is going to be a stud for us.”

The Beavers last season earned a share of their first Metro title since 2003, with Budke becoming the fourth Beaverton quarterback in the past two decades to throw for 3,000 yards in a season and McKenna earning first-team all-state honors before signing with Portland State.

With Budke and his favorite target, Davidson (75 catches for 1,041 yards and 14 touchdowns), now at Santa Rosa (Calif.) Junior College, this season always figured to be one of transition — or as Boyer quickly corrected, “a season of development.”

Whether rebuilding or developing, the Beavers have several top players to build around. Walker is one of the state’s top two-way players and might even be favored to win the starting quarterback job if he weren’t so valuable at wideout. They still would have depth at receiver with Albright and Gonzalez, but as Boyer pointed out, he’d like whichever newcomer between Keuter and Borter wins the job to have a talent like Walker to throw to.

Fitzhugh and Mendiola form a solid 1-2 linebacking duo to man the middle of the Beavers’ 3-5-3 scheme.

“I think we have the pieces. We’ve just got to put that puzzle together,” Boyer said. “We have a lot of kids who’ll see it as their opportunity to finally get on the field.”

“What we lose in size, we make up for in quickness this year. If we can find a couple of linemen we can have confidence in, we could be really good. It’s about finding the quarterback and the line and getting the team to play together.” — Bob Boyer