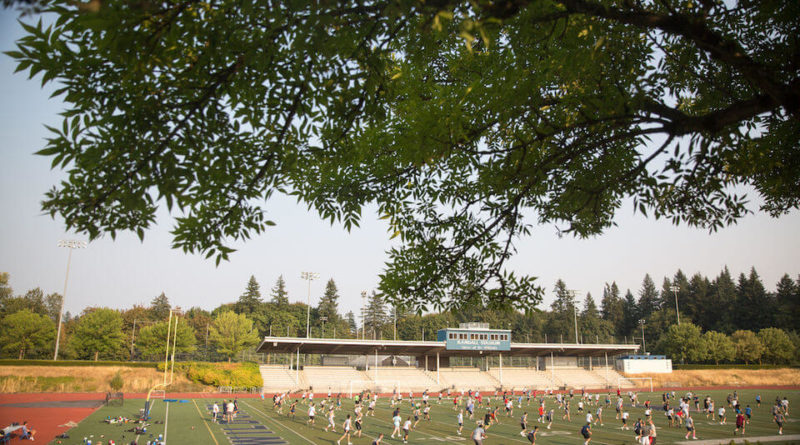 Over the next few weeks, SBLive Oregon will break down every 6A, 5A and 4A football team in the state in anticipation of a six-week season in March and April. Even if the season is postponed or canceled, we will continue to highlight more than a hundred teams and more than a thousand players in Oregon. Here’s our look at the Wilsonville Wildcats of the Class 5A Northwest Oregon Conference West Division.

Playoffs: Beat North Bend 34-14 in first round; lost 48-9 to Thurston in quarterfinals

The 6-foot-3, 250-pound Moore was first-team all-Northwest Oregon Conference West Division on both interior lines last season. “He’s quick off the ball and can pull from the guard position,” Guenther said. Moore is the strongest player on the team, the coach said, able to do 28 bench-press repetitions of 185 pounds. Moore has committed to NAIA College of Idaho, where he also intends to compete in track and field.

Size is perhaps the first thing one notices about Wilcox. He’s 6-foot-5 and 300 pounds and is explosive off the ball, Guenther said. “He has good quickness for five, 10 yards and just has football strength,” Guenther added.

Despite missing time last season with a concussion, Guenther was second on the team in tackles and was second-team all-NWOC West. Son of coach Adam Guenther, Colby Guenther orchestrated the defensive backfield last season from his strong safety position and will be asked to do the same this season. “He’s just football-smart,” Adam Guenther said. “He knows how to put people in the right positions and controls the defensive backfield.”

The Wildcats lost to graduation Mason Dean, who had a Class 5A-high eight interceptions last season. Rust, a second-team all-NWOC West choice as a junior, figures to be the team’s alpha cornerback this season. “When we need somebody to go against their best guy, he’ll be our guy,” Guenther said.

Hartford started as a sophomore, and his value and versatility on both sides of the ball are clear to Guenther. The coach expects Hartford to play free safety again this season and probably switch to receiver and play some in the defensive backfield in his senior season. “He could be a very special athlete next year,” Guenther said. Armed with strong speed and vertical jumping ability, Hartford is up to about 6-foot-3 and 200 pounds. “You could put him anywhere and he’d be successful,” Guenther said.

As a junior, Dart was first-team all-NWOC West and first-team on The Oregonian/OregonLive Class 5A all-state team. He led Wilsonville in receptions (52), receiving yards (886) and receiving touchdowns (12) in 2019, ranking among the Class 5A leaders in those categories in the regular season.

Kimball led the Wildcats with 9.5 sacks last season, ranking among the Class 5A leaders. He was second on the team in receptions (20) and receiving yards (366) and tied for third in receiving touchdowns (four). “He’s got sneaky speed and great hands,” Guenther said.

Last season, Hix backed up Jayce Knapp, who passed for 30 touchdowns and more than 2,200 yards and was voted first-team quarterback and offensive player of the year on the all-NWOC West team. Knapp is gone after a late-summer transfer to Texas, putting Hix in the driver’s seat of an offense that has passed for more than 6,000 yards total the past two seasons. Guenther is sold on Hix’s arm strength, athleticism and drive to improve. “As he gets more time, he’ll see the field better,” Guenther said.

It says something about a program’s consistent level of success that reaching only the quarterfinals of the OSAA Class 5A playoffs represented a step back. With their quarterfinal loss to eventual Class 5A champion Thurston in Springfield last season, the Wildcats’ streak of making at least the semifinals ended at four years.

But talk about a springboard. Wilsonville had juniors or sophomores starting at 19 of the 22 positions and was geared toward a huge season in 2020.

“Our expectation was we were going to be very competitive in every single game and hopefully make a deep run this year in the playoffs, until all of this stuff happened,” coach Adam Guenther said, alluding to the coronavirus pandemic.

Even where there might not be a returning starter or one of less than all-NWOC West pedigree, Guenther is confident in the next wave of players.

“We preach ‘the next man up,'” he said. “We play a violent, contact game, and you never know when your number is going to be called. Our No. 2 guys are just as prepared as our No. 1 guys.”

Even with a team that might have been a year away last season, Wilsonville almost got there. Only one of the Wildcats’ wins in 2019 was close, and of the three losses, two were to state finalists and one was to fellow quarterfinalist Parkrose.

With another year of maturation and development, expect another season with a lot more wins than losses for Wilsonville.

“We are expecting to be good, a little rusty — as well as everybody — and make the best of whatever time we get.” — Adam Guenther