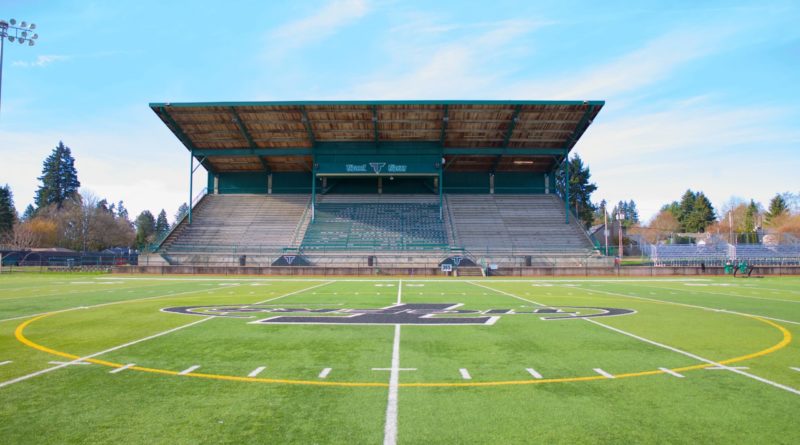 Over the next few weeks, SBLive Oregon will break down every 6A, 5A and 4A football team in the state in anticipation of a six-week season in March and April. Even if the season is postponed or canceled, we will continue to highlight more than a hundred teams and more than a thousand players in Oregon. Here’s our look at the Tigard Tigers of the Class 6A Three Rivers League.

As a junior, Sullivan played primarily in the secondary, where he was a second-team all-league honoree after making 48 tackles, sharing the team lead with four interceptions and breaking up a team-high eight passes. He showed he was ready to take over lead back duties when he was pressed into a starting role in Week 9 against Tualatin, and he finished the season with 203 yards on 33 carries. “He was an unknown to some people, but we knew he was talented,” Kemper said. “He’s been working his tail off and been a leader when we’ve been able to get together. I’m excited to see what kind of season he can have.”

Beglaryan was a second-team all-league center as a junior. He had all-state potential, but he suffered a season-ending knee injury during an offseason scouting combine.

With Beglaryan out with an injury, Murphy’s experience as a second-team all-league selection up front carries even more importance with now four new starters around him. He received all-league honorable mention at linebacker with 46 tackles (4½ for loss) and 2½ sacks. “Aden has taken on a leadership role in our offseason workouts,” Kemper said. “He was someone who was definitely looking for that senior film to help propel him to the next level.”

With Carter having departed for the University of Colorado, the quarterback job has become a two-person battle. Jolley, former coach Craig Ruecker’s grandson and Carter’s primary backup in 2019, completed all four of his pass attempts in two games last season. Sophomore Cameron Masters-Doble (6-2, 180), who led the freshman team last season, is the other competitor. Both could play in a timeshare this spring. “They both bring something different to the table,” Kemper said. “Kellen has been around the game since the day he was born, while last year was Cameron’s first year to football, so he’s very raw but he brings things you just can’t coach.”

If there’s one senior Kemper most wants to see take the field for one last hurrah, it’s Kuffel, who missed the second half of his sophomore season with an ACL tear, then tore it again during the summer and sat out his entire junior year. “He’s been crushing his rehab and is someone who could turn some heads if he gets the opportunity,” Kemper said. “He’s not afraid to come downhill and make tackles.”

Speer-Johnson has made a name for himself in passing leagues and on the recruiting circuit, where he’s received offers from recent bowl game winners Kentucky and Nevada, as well as Utah State. A wrist injury in Week 4 derailed his sophomore season, so he’s another player hoping to prove himself in live action this spring. “He understands the receiver position and how to run routes,” Kemper said. “He’s got some skills, but he needs to prove it on the field. He needs his opportunity to shine.”

Jackman’s two older brothers, Isaiah (Portland State) and Noah (Southern Oregon), starred for the Tigers before heading to play college ball. Elijah, who had seven tackles in three games while swinging between JV and varsity last season, has that same potential.

Beers is a leading candidate to fill one of the starting offensive line vacancies. He played in a handful of varsity games swinging up from JV last season, making six tackles. “He needs his opportunity to prove his worth,” Kemper said.

Another 2019 swing player on both lines, Schwab (four tackles) will be in the defensive line rotation and contend for a starting spot up front on offense.

With the top eight receivers having graduated, an opportunity is there for a player such as Boschma, another swing player last season who appeared in three varsity games and made two catches. “He’s gotten bigger and faster, and he could be a bigger threat for us on offense,” Kemper said.

The Tigers rode into the 2019 postseason with plenty of momentum, having worked their way through the rugged Three Rivers League unbeaten to win their second league championship in the past three seasons.

A second-round loss to Mountainside ended the season on a sour note, but they still had several pieces in place to make another state title chase. The pandemic upended those plans, and now with Carter having graduated early to enroll at Colorado and Beglaryan injured, two of those key pieces are no longer available.

“The guys who are seniors, they felt that sting from that loss, and we haven’t been able to rebound from it,” Kemper said. “That’s one of the reasons I hope we get to play. Even though it’s been 15 months ago now, I think that sting is still there.”

One competition that even a shortened spring season can help resolve is who will start at quarterback should things return to normal next fall. Jolley, who has been around the Tigard program since grade school when his grandfather coached the team, has the lead to start, but Masters-Doble has athleticism that few can match.

Kemper also hopes the shortened season will provide an opportunity for players such as Speer-Johnson and Boschma to gain experience that pays dividends in the fall.

“My goal is to maintain and to improve each year, and player development is critical to that,” he said.

“Our biggest goals are, first, to keep everybody safe physically and mentally, and second, to let the seniors have a great experience, something they can hold onto. We haven’t been able to be around the kids much since last March. Our younger guys need time to develop and get what they would normally get in nine, 10, 12 weeks, and get it into six weeks somehow.” — John Kemper