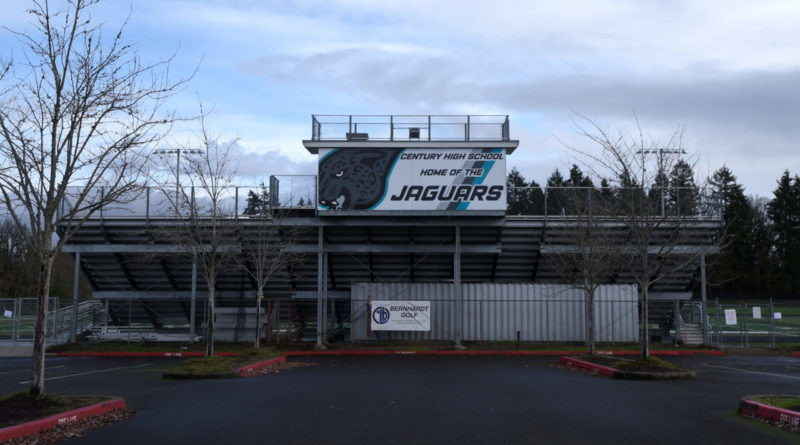 Over the next few weeks, SBLive Oregon will break down every 6A, 5A and 4A football team in the state in anticipation of a six-week season in March and April. Even if the season is postponed or canceled, we will continue to highlight more than a hundred teams and more than a thousand players in Oregon. Here’s our look at the Century Jaguars of the Class 6A Pacific Conference.

Playoffs: Lost 56-20 to Tigard in first round

Boehler began last season as the backup quarterback, but an injury to Tyler Mahlman opened the door for him to take over the starting job, and by season’s end, he had earned first-team all-conference honors, completing 100 of 195 passes for 1,305 yards and 13 touchdowns and rushing for 342 yards and three scores. “He does not let anything stop him from trying to help his team,” Kernan said. “He looks for ways to improve on a daily basis, and we’re excited to see the progress he has made during the offseason.”

Mahlman opened last season as the quarterback but could not stay healthy, missing six games and playing sparingly in two others. He came back to regain his starting job for the playoff loss to Tigard and finished the season 59 of 126 for 692 yards and six touchdowns with nine interceptions. “We are looking forward to seeing the progress he has made,” Kernan said.

Reese has a chance to play at the next level in two sports. He won a wrestling state championship in February after a junior season on the gridiron in which he had 29 tackles for loss (88 total tackles), 7½ sacks, 11 hurries and three forced fumbles and earned first-team all-conference honors. He has offers from Northern Colorado, Valparaiso and San Diego. He was an honorable mention selection at guard, but he’ll move to center this season. “Brody is our anchor on both our lines,” Kernan said. “He is a great leader and is always looking to help get his teammates better.”

Tofaeono received all-conference honorable mention last season after making 109 tackles (13 for loss), two sacks and four hurries. He has committed to Linfield. “Tau is a kid that we ask a lot out of,” Kernan said. “And he gets the job done no matter what.”

Hammer is a starter on both lines, earning all-conference honorable mention on offense and making 53 tackles (14 for loss), 2½ sacks and five hurries on defense his junior year. “He understands the game really well, and that helps him coach up our younger players,” Kernan said. “He is always asking questions and looking for ways to improve.”

Springer emerged as a pleasant surprise in the secondary last season, garnering all-league honorable mention after making 22 tackles. “He stepped up and made a lot of plays for us on defense,” Kernan said. “This year, we are hoping he can produce on both sides of the ball and are excited to see the progress he has made.”

Palmeri is another player who was thrown into significant action as a sophomore, also earning all-conference honorable mention after making 42 tackles (four for loss). “He helped us out on the defensive side of the ball and is a very coachable kid,” Kernan said. “He has made some big strides this offseason, and we hope to see him make plays on offense as well.”

The graduation of Sparks, an all-state receiver who made 85 catches for 1,195 yards and 13 touchdowns last season, leaves a major void in the receiving corps that Kernan hopes Parkinson can help fill. He had 13 catches as a junior, third-most on the team. “We will lean on his experience to help lead the receiver and defensive back position groups,” Kernan said.

Garcia swung up from the JV and played in five games as a freshman, running for 67 yards and a touchdown on 22 carries. “He is a hard worker and made a lot of plays when he was given the opportunity last year,” Kernan said. “We are excited to see what he will accomplish this season.”

Martinez didn’t look fazed as a freshman kicking under the Friday night lights, making 17 of 21 PATs and earning all-conference honorable mention. “Anthony has a lot of potential,” Kernan said. “Not only is he a great kicker, but he’s also developing into a good wide receiver and defensive back.”

The Jaguars played nine playoff teams last season, including their first-round matchup with top-seeded Tigard, and defeated only one, dropping a couple of winnable games in conference play that could have improved their postseason seeding.

“I always tell the kids that it all comes down to execution,” Kernan said. “If you cannot execute on a play-by-play basis, it makes it extremely difficult to win.

“But, we finished the season making the playoffs, which was a huge accomplishment for our guys and has helped fuel the hard work this offseason.”

Kernan hopes to get in a season so that all of the hard work doesn’t go unrewarded and he can get a long look at the juniors who received significant playing time as wide-eyed sophomores. He’s hoping they’ll mature into steely-eyed seniors for a longer playoff run in the fall.

One such player is Mahlman, who came back from health and injury issues to start the Jaguars’ playoff game. Kernan anticipates a healthy competition between Mahlman and his first-team all-league senior, Boehler.

“Right now, we are lucky to have a good quarterback room,” Kernan said. “We’re looking for them to continue to compete on a daily basis to help make each other better.”

“With how the past year has gone, just going out there and competing with one another for all four quarters is our goal. We have not been able to work out much or practice at all, so being together as a family doing what we love is most important to us. If the kids go out there believing in each other and themselves, the rest will fall into place.” — Danny Kernan