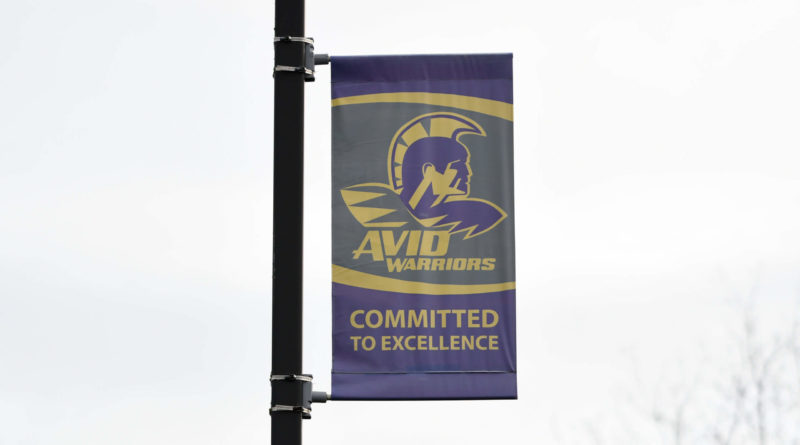 Over the next few weeks, SBLive Oregon will break down every 6A, 5A and 4A football team in the state in anticipation of a six-week season in March and April. Even if the season is postponed or canceled, we will continue to highlight more than a hundred teams and more than a thousand players in Oregon. Here’s our look at the Aloha Warriors of the Class 6A Metro League.

Volk earned second-team all-league honors on both sides of the ball as a junior, catching 46 passes for 847 yards and nine touchdowns and making 30 tackles and two interceptions in the secondary. The Central Washington commit, who can play quarterback in a pinch, learned from an early age the ins and outs of the game as a fly on the wall during his father’s coaches meetings, sitting in the corner and absorbing everything. “His savviness has paid dividends. He always seems one step ahead of the play as it comes,” Bill Volk said. “He’s also blessed with some athletic gifts. He can throw the ball with either hand, kick, catch, has athletic hips and is a mobile kid.”

Gerard transferred back to Aloha last spring from Westview, where he made two midseason starts against the Warriors and Tualatin, finishing the season 50 of 90 for 699 yards and six touchdowns. He figures to be in a three-way battle with Tanner Volk and junior Elijah Manriquez (5-11, 180) for the starting quarterback job — a battle that could reprise itself sans Volk over the summer. “All three of them are competitors,” Bill Volk said. “If we get the opportunity to play, I’m excited about the opportunities they provide in our program.”

Soto is the team’s top returning tackler with 51. He’ll also get plenty of action as a slot receiver.

Mashia is another skill player set to receive increased playing time after getting stuck behind three seniors who combined for 157 catches and 30 touchdowns in 2019. “Talk about a kid who was devoted to the weight room,” Volk said. “He’s improved his speed and strength tremendously. I was excited to see him play.”

Lakatosh was in the linebacker rotation last season, just his second season playing football, making 37 tackles (four for loss). He’ll share time with Moore in the offensive backfield. “He’s much further along than one might expect,” Volk said. “He’s been able to pick the game up real fast. He’s strong, smart, fast and a verbal and physical leader.”

Riley received most of his playing time last season in the defensive line rotation, making 25 tackles (six for loss) and 2½ sacks. He also split time between tight end and offensive tackle, switching jersey numbers to fit the situation.

Gayhart started at left guard as a junior and is slated to get more playing time on the defensive line this season. “He has some of the best athletic feet of any of our linemen,” Volk said.

Cruz started at right tackle alongside two-time all-Metro guard Jay Acuavera last season, and he received significant action in the interior of the defensive line, finishing with 20 tackles (two for loss). “Just a fantastic leader,” Volk said. “He’s mature and dedicated — he hasn’t missed anything we’ve had this offseason.”

The Warriors surprised many observers last season when they won a share of their first league title since 2010, ending Jesuit’s 43-game Metro win streak in the process, and notched their first state playoff victory since 2012.

They graduated three all-state players — Wilson, Dennis and Acuavera — and bring back 13 seniors, only five of whom received significant playing time during last season’s title run.

“A lot of those guys played varsity for three years,” Volk said of a departed senior class that improved from a one-win season as sophomores to last season’s nine-win campaign. “To replace that group and bring in a lot of guys with not a lot of experience was going to be a challenge.”

Volk, however, praised the work of his lower-level coaches, both in the youth programs and at the freshman and JV levels, saying that “what I felt would be a slow transition has been accelerated. We were installing things at a faster rate because of their knowledge base.”

That accelerated pace hasn’t made the decision about whom to start at quarterback any easier. A spring season might involve a timeshare between Gerard and Manriquez to get a head start on an offseason battle entering the fall 2021 campaign.

“I feel fantastic with where we’re at. There’s not a lot of depth, but I feel that a lot of us will be in that situation. It’s going to be tough with only five (players) with a lot of experience. Our other guys have a lot of practice experience, just not a lot of game experience.” — Bill Volk