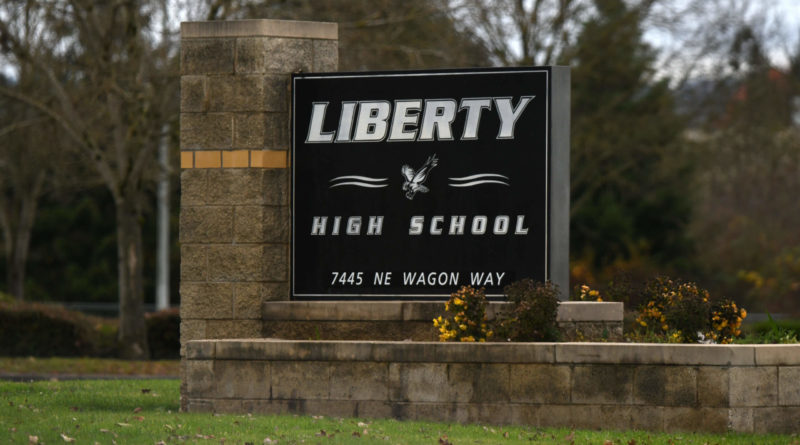 Over the next few weeks, SBLive Oregon will break down every 6A, 5A and 4A football team in the state in anticipation of a six-week season in March and April. Even if the season is postponed or canceled, we will continue to highlight more than a hundred teams and more than a thousand players in Oregon. Here’s our look at the Liberty Falcons of the Class 6A Pacific Conference.

Diamond won the quarterback job in a competition with Xanden Unciano last season, then returned from a midseason injury that sidelined him for several games to guide the Falcons to the playoffs and earn all-conference honorable mention. “He has qualities that you love in your quarterback,” Mahlum said. “A smart field general who loves the competition, and he wants the ball in his hands during crunch time.”

Unciano didn’t hang his head when he didn’t win the quarterback job, instead becoming a valuable jack-of-all-trades (receiving all-conference honorable mention at cornerback) and taking over for several games when Diamond was out with an injury. After Diamond’s return, the Falcons installed several packages for Unciano to run under center to diversify the attack. “We are a better team with both these players on the field at the same time,” Mahlum said. “Xanden’s an athletic and explosive player who can play just about any position on the field.”

Markowitz has earned all-conference honors on the offensive line each of the past two seasons, making the second team as a junior to go with receiving honorable mention on defense. “A technically sound, tough lineman who loves to compete and finish blocks,” Mahlum said.

A second-team all-conference selection in 2019, Alfaro has received interest from several Northwest Division III schools, including an offer from Pacific. “He has worked hard year-round to become one of our toughest and best players,” Mahlum said. “He’s willing to do whatever it takes to help his teammates win.”

Perez seamlessly took over for all-conference first-teamer Jarett Boyce last season and made the honorable mention list after anchoring the middle of the offensive line. “He is the glue that keeps our line together,” Mahlum said. “A smart player who makes all our calls and will do whatever it takes to win.”

Dardon is a third Falcons offensive lineman who received all-conference recognition last season, making the honorable mention list. “A tough, competitive player who wants to punish you when he’s on the field,” Mahlum said.

Eastman is a returning starter on defense who also will play some as a blocking back in front of Unciano. “He has a great instinct for the ball,” Mahlum said.

Hammond started at linebacker as a sophomore and will be a defensive leader each of the next two seasons. “A smart player with a nose for the ball,” Mahlum said. “He’s always in on the tackle or around the pile.”

King got reps as a backup to Smith and Ochoa last season and will serve as one of Unciano’s primary backups. “He’s an experienced running back who is tough, smart and a playmaker on the field,” Mahlum said.

Lugger started several games as a sophomore and likely will become a full-time starter this season. “He plays bigger than his size,” Mahlum said. “He will make you pay if you underestimate him.”

A year removed from a conference championship and state quarterfinal appearance, the Falcons were a team in transition last season, managing through injuries to several key players to win a playoff game and reach the final 16.

With all-state cornerback Brown and multiyear starting linebacker Perkins having graduated, Liberty would have turned to a deep senior class to make another run at a conference title were this a normal season.

Now, the spring will involve building around Diamond, who showed promise at the beginning and end of his first year as a starter, and a strong offensive line featuring three all-conference selections led by Markowitz, who could draw interest from local college programs with his size and technical ability in the trenches.

Defensively, Hammond is the vanguard of a junior class that had several players swing up late in 2019 who will now get vital reps during the six-week spring season.

“It’s been a long and crazy journey since last football season. With all we have been through with this pandemic and a delayed and shortened season, our goal is to get back on the field together and compete week in and week out and enjoy the brotherhood these guys have shared over the years. We will be ready to compete with anyone when they turn the lights on and let us play.” — Eric Mahlum