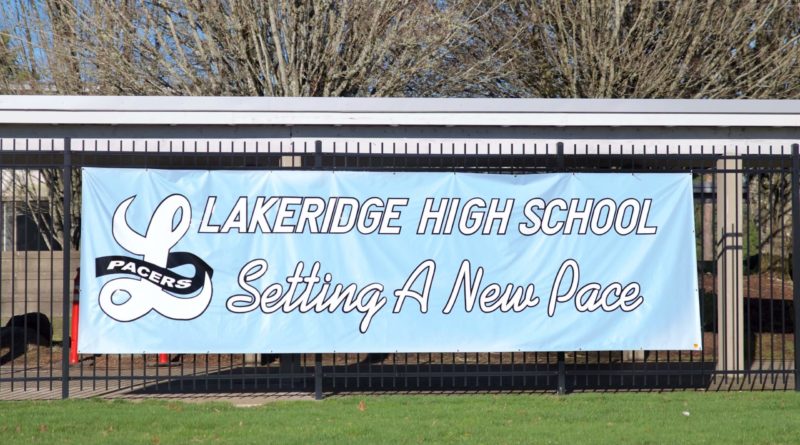 Over the next few weeks, SBLive Oregon will break down every 6A, 5A and 4A football team in the state in anticipation of a six-week season in March and April. Even if the season is postponed or canceled, we will continue to highlight more than a hundred teams and more than a thousand players in Oregon. Here’s our look at the Lakeridge Pacers of the Class 6A Three Rivers League.

Oliver has signed with The Citadel as a safety, but in his time at Lakeridge, he has been a backup quarterback, cornerback — a new position last season at which he became a second-team all-league selection with 40 tackles and six interceptions — and punter (all-league honorable mention). Phillips said he could put Oliver at any skill position and he’d be special, but he wants Oliver under center “so he touches the ball on every play. I’ve watched his development as a quarterback, and he’s been phenomenal given the circumstances. He’s everything you could want in someone leading your team.”

Bevacqua garnered all-league honorable mention on both sides of the ball last season, receiving spot duty on defense (11 tackles, three for loss) and starting at right tackle. He’ll move to center for his senior season. “He’s one of the smartest kids I’ve been around,” Phillips said. “He’s our best lineman, a big, strong kid who will be an absolute stud for us. If he gets film on him, he’s a Big Sky-type player.”

Waible, who earned all-league honorable mention last season, is the team’s top returning tackler with 63 (24 solo) after taking nearly every snap at middle linebacker as a sophomore. He has been dead-lifting 430 pounds during offseason workouts. “He’s tough as nails, everything you’d want out of a middle linebacker at the high school level,” Phillips said. “He will be a wrecking ball out there and has tremendous upside.”

Basso’s greatest value to the Pacers comes on special teams, where he is one of the top long snappers in the nation, having signed a preferred walk-on offer with the University of Oregon. He’ll also play linebacker (17 tackles last season) and as a backup center and occasional tight end. “He’s one of the most humble kids we have,” Phillips said. “He’s always positive and has a smile on his face.”

Caufield transferred to Lakeridge from South High School in Torrance, Calif., after his mother got a job with Kaiser Permanente. As a junior, he caught 36 passes for 643 yards and eight touchdowns and made 59 tackles and five interceptions. He grew three inches and added about 40 pounds over the summer, making him an intriguing tight end prospect for college and reminding Phillips of Zach Ertz, an All-Pro tight end with his former employer in Philadelphia. “He’s grown into this monster, big and strong with strong hands and a good route runner,” Phillips said. “He’s just got tremendous upside.”

Phillips believes Stupfel, who will step into one of the three starting offensive line spots vacated by graduation, is one of the most under-recruited linemen in the state, someone who would benefit from having senior film to show college coaches. “He has worked his butt off at a local gym and never missed a day,” Phillips said. “I’m really looking forward to watching him play this year.”

Heimbegner transferred across town from Lake Oswego, where he played primarily on special teams for the Class 6A state runner-up Lakers. He’s received interest from several Northwest Division III schools. “He knows every position like the back of his hand,” Phillips said. “He’s been a wonderful addition to the team.”

No pressure — Pahl is simply being asked to take over the No. 1 running back job from 2,000-yard rusher Jalen John, who ran for 21 touchdowns before heading to Arizona. “Jalen is irreplaceable, but Carter is like our Swiss Army knife — he can do it all,” Phillips said. “He’s like a little bowling ball.”

Phillips is naturally leery of giving freshmen prominent roles on the varsity team, but he’s ready to make an exception with Olsen, who has demonstrated impressive athletic ability — including performing 360-degree dunks — during the brief window he’s gotten to watch Olsen in action. “I’ve never seen a 14-year-old kid like him,” Phillips said. “He’s going to be very, very special.”

Tovey received plenty of playing time as a sophomore, ranking among the team leaders with 47 tackles (23 solo, three for loss) while shuffling between defensive end and outside linebacker. Phillips calls him “one of our most athletic kids, a tough and versatile kid.”

The brother of Oregon State basketball player Zach Reichle, Jake transferred to Lakeridge after his freshman year at Wilsonville and played in several games during mopup time. “He’s extremely fast and one of our toughest kids,” Phillips said. “He will be a difference-maker for us.”

Phillips expects Corbin to jump from freshman ball and make a big statement in his first year on the varsity. “He’s very smart, fast, with really strong hands,” Phillips said.

A transfer from Sprague, Warner is returning from a broken ankle suffered on the fourth play of the Olympians’ first game of the 2019 season. While he’s not likely to displace Oliver as the starting signal-caller, Phillips anticipates finding ways to get both on the field. “He’s been nothing short of spectacular since he’s gotten here,” Phillips said. “Between him and Andrew, we can do so many things.”

After a roller-coaster 2019 season — what with head coach Elvis Akpla leaving just before the start of camp, Forrest Sherman taking over on an interim basis, and Lakeridge overcoming a three-game losing streak entering the playoffs to stun Metro co-champions Beaverton and Aloha and reach the quarterfinals — 2020 started with so much promise.

Not only did the Pacers build momentum with their quarterfinal run, they also hired Phillips, a Eugene native who spent four seasons as an offensive assistant with the Philadelphia Eagles. His wife, Keely, also a Willamette High School graduate, is a nurse at Oregon Health & Science University Hospital, and the couple purchased a home in Southwest Portland in 2018.

“I always knew I wanted to be back coaching at the high school level,” Phillips said. “I love working with kids, and the opportunity arose at Lakeridge. It turned out to be the perfect storm. And, it was nice because the (Eagles) head coach (Doug Pederson) was a high school coach for a long time, so he was very understanding of why I wanted to do it. He was a really good mentor through the whole thing.”

During his time in Philadelphia, Phillips helped craft an offense that “was a blend of old age and new age,” taking elements of Chip Kelly’s schemes that Kelly implemented before Pederson’s arrival and mixing them with traditional West Coast offense looks.

He’d looked forward to installing it in the fall and seeing what he could do with Oliver under center. Now, he’s hoping to get kids opportunities to showcase themselves and get ready for a full 2021 season.

“I always knew I wanted to be back in the high school game. Some of the things that have never left me were things that I learned from my high school mentors. Coming back has made me a better coach. I’ve had to teach from baby steps now, and it’s been fun. I’m getting to test my knowledge of details.” — Spencer Phillips