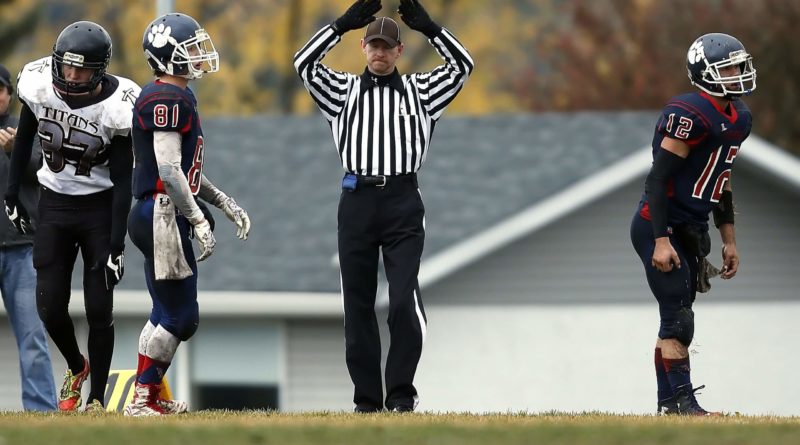 High school sports in Oregon are scheduled to begin with football practices Feb. 8, but there still is considerable debate as to how the season — and a postseason? — should be structured

With COVID-19 case numbers again on the rise the past two months, the Oregon Health Authority has maintained its indefinite ban on contact sports.

That led the Oregon School Activities Association (OSAA) on Dec. 7 to make changes to the high school sports calendar, including shortening each season from eight to six weeks and moving indoor winter sports (basketball, wrestling and swimming) to late spring.

Football is among the activities that now will kick off the 2020-21 high school sports year in early March, with practices set to begin Feb. 8. All other sports will have a one-week lead-in before they can play their first contests.

“Ultimately, we just want to have a chance to play the game we love and have a chance to send our seniors out with a very positive experience,” said Oregon City football coach Dustin Janz. “I cannot imagine being in their shoes right now — there has been so much out of their control this year.

“We need to do anything necessary to have a season for these young people. Mask up, stay home, whatever it takes!”

Janz no doubt speaks for hundreds of coaches and players who, at this point, would be happy with whatever season they get to play. There remains plenty of discussion, though, as to how to best structure a six-week season — and whether some sort of postseason remains possible in that sixth week, which the OSAA has called the week for “culminating events” in each sport.

After watching a majority of states successfully complete their high school football seasons in the fall, many coaches from around the state believe they can comply with whatever rules state officials develop to safely play a season to a natural finish this spring.

“I realize COVID has changed ‘normal,’ and our spring football season will be condensed,” West Linn coach Chris Miller said. “The first goal, obviously, is to provide our Oregon high school seniors the chance to play their favorite sports with their friends in a safe environment and create some great memories in doing so.

“But after watching (36) states play football this fall and compete for state championships, I would like to see our state of Oregon kids have the same opportunity.”

Season format still up in the air

Coaches in each sport have had ongoing discussions with school and OSAA officials since early fall regarding what the schedule will look like. The OSAA already dispensed with power rankings and league scheduling requirements in favor of regional slates that prioritize local opponents and thus reduce travel.

While the look of the football season has yet to be determined, most coaches have the same message — they just want the chance to get on the field, no matter the format.

“This year has obviously been unlike any other year,” Liberty coach Eric Mahlum said. “I know that there has been a lot of discussion about the season, what it will look like and how the culminating week should go, but honestly, my focus is on my players and the experience they will have.”

Tigard coach John Kemper has ruled out any possibility of a state champion being crowned. He says he’s fine with that, too, as he has other priorities for his team.

“For me, the biggest goals for the year since we will not be playing for a state title are, first, giving the seniors a wonderful experience given what has been taken from them from the pandemic, and second, player development,” Kemper said.

“Many of these kids have not done much since March. We have been a program that prides itself in developing players. This foundational cornerstone cannot change. At some point, we will be back to ‘normal,’ and it’s our responsibility to continue to develop all our players.”

Many coaches have expressed concerns about not having enough practice time before the first game, especially considering the lack of a spring or summer program and the closure of many schools’ weight rooms.

“At this point, we are only allowed to work out as a team two days per week (only outside),” Janz said. “Installing our scheme is not as important to me as the physical preparedness our kids need to be doing. Obviously, some of our kids are working really hard on their own, but that isn’t the case across the board.

“If we are going to play in March, our kids really need four days a week of physical training, including weight room work, to get their bodies prepared for what they are going to be asked to do once we get the pads on.”

Grant coach John Beck notes the disparity between districts such as Portland Public Schools, which only briefly allowed formal team practices during a short window in the fall, and those in Yamhill County and in Central, Eastern and Southern Oregon, where student-athletes have had greater opportunities for participation.

“Southern Oregon has had a flag football league going for months,” he cited as an example. “Some metro-area schools have been able to practice non-padded since the start of school. The kids with the means to lift and work out will have a distinct advantage.”

“The level of football will not be very good, even for the teams with an advantage,” he said.

As for how the final week of the season will look, much of the discussion for football has involved talk of “bowl games” that would match teams from adjoining conferences based on their regular-season finish.

In the proposed scenario, league champions would play one another, with runners-up then matched, followed by third-place teams, and so on down the line.

“There is no way to determine a state champion, and because of our COVID situation, who cares?” said longtime Jesuit coach Ken Potter. “The ‘bowl week’ solution sounds like the best idea we could come up with. It allows all schools an equal number of games. If there are a number of 6-0 teams, they can all claim to be the state champion.

“I just want the kids to be able to play, but I want them to be safe from COVID fears.”

Tualatin coach Dan Lever thinks this solution would allow teams to simulate the bowl game experiences that college teams enjoy when they qualify for a berth.

“As coaches, we can mirror what some of the big colleges do and make the bowl game fun,” he said. “Have a bowl dinner, maybe go bowling, buy some bowl swag. My theme for 2021 is going to be all about being grateful for the opportunity.”

Thinking outside the box with playoff proposals

Some coaches have looked at what happened in other states this fall and feel that, with proper protocols in place, some form of a state playoff could take place.

One such coach is West Linn’s Miller, who believes Oregon could truly follow the college model, with a committee selecting four teams for a championship series based on similar criteria (e.g., RPI, coaches vote and strength of schedule), with all other teams matched up in “bowl games.”

“Speaking for 6A, most of our coaches will have a good sense of the top teams after a jamboree or preseason scrimmage and five regular-season league games,” he said.

A scheduling model that could accommodate such a finish comes from what Eastern Washington did in the early 2000s to determine its 4A and 3A postseason qualifiers from two districts. Teams that were in the playoff hunt moved their regular-season finales to Thursday, with the teams that qualified playing Tuesday crossover play-in games. The winners then advanced to first-round state playoff games Saturday.

Other leagues adopted a similar Thursday-Tuesday-Saturday schedule with a wrinkle for player safety — the Tuesday games were played as two 12-minute halves rather than four 12-minute quarters.

“I am certain that there are kids from many football programs in our state that would love to have the opportunity to compete for a ‘state championship,’” Miller said.

But there is potentially a fatal flaw with any final-week models that include extensive cross-state travel.

“I think that would be a great scenario,” Beck said. “But, I highly doubt travel from the metro area to a place like Southern Oregon would be allowed given we are the most conservative state with (lifting) COVID restrictions in the nation.”

As Central Catholic football coach Steve Pyne notes, “Obviously, we would prefer a playoff, but there is no time for that within the schedule.”

That is not the case with all of the other team sports that also will play six-week schedules that conclude with a “culminating week” event in Week 6.

While full 16-, 24- and 32-team playoffs as typically played in soccer, volleyball, basketball, baseball and softball might not fit within 2021’s condensed schedule, an eight-team tournament including league champions is a definite possibility.

They might not be state champions by classification, as many leagues likely will group teams according to geography (regardless of school size), but the teams that take home trophies wouldn’t care.

First-round games determined by geography could be played Tuesday, with semifinals, finals and third-place games at central sites Friday and Saturday.

To expand the fields, the OSAA could hold first-round games Monday and quarterfinals Wednesday, again grouping those matchups as best as possible by geography. Final Fours then would be held at central sites over the weekend.

Individual sports — cross country, swimming, wrestling, track and field, tennis and golf — and activities such as cheerleading, music and speech and debate lend themselves most easily to holding state championships that resemble their usual formats.

Week 5 of their seasons could involve traditional district championships by classification, with qualifiers advancing to a state meet during the optional sixth week.

Do you have an idea of what a culminating week tournament could look like in a particular sport in 2021? Share your thoughts in the Comments section.