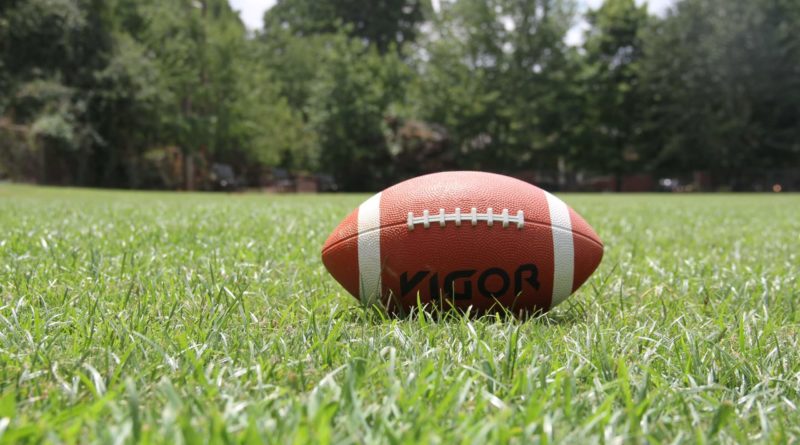 The OSAA Executive Board voted unanimously Monday morning to move winter sports from their scheduled January 2021 start to late spring, meaning basketball, swimming and wrestling will take place in May and June this school year.

The decision pleasantly surprised coaches and players who feared the OSAA might decide to cancel seasons entirely.

“I’m just glad they didn’t cancel it. That was my biggest concern,” said South Salem girls basketball coach Adrian Lewis. “Now, we just have to adjust and think about what we’re going to do.”

OSAA executive director Peter Weber was well-aware of those concerns, as well as those of individuals who have contacted his office to advocate for the association to disregard Oregon Health Authority (OHA) directives and executive orders issued by Gov. Kate Brown and resume athletics right away.

“The reality is, those are not suggestions. They’re requirements that we’re bound — and our schools are bound — to follow,” Weber said. “We’re working within those parameters to provide as many opportunities as we can as soon as we can.”

Rising cases meant ‘no way we could start Dec. 28’

In August, the OSAA created a four-season plan, with Season 1 running through Dec. 28. During Season 1, schools could play sports at the discretion of the local school district and if they could adhere to directives issued by the OHA, the governor’s office and other state officials.

But with the OHA still prohibiting most contact sports, including basketball and wrestling, it became increasingly clear that starting winter sports practices later this month for a Jan. 11 start to game schedules would prove impossible.

“We had that Dec. 28 date set. That was our plan, but like with everything we’ve seen over the last nine months, plans are great, but they need to be able to be adjusted,” Weber said.

“With rising case counts, the county risk level metrics, and basketball and wrestling still prohibited, there was no way we could start Dec. 28.”

Each sports season will last six weeks (down from eight under the OSAA’s previously released schedule), meaning fall sports would conclude with an opt-in culminating event the week of April 5-11.

“I know it’s not ideal to have shorter seasons,” Weber said. “But this plan still provides an opportunity for each of those seasons to occur.”

Spring sports (Season 3, made up of baseball, softball, track and field, tennis and golf) would start with pitchers and catchers reporting March 22 and practices starting April 5. Contests would begin April 12 and run through May 15, with an opt-in culminating event the week of May 17-23.

Winter sports (now Season 4) would begin practice May 10, with games running from May 17 through June 19, with an opt-in culminating event the week of June 21-27.

“We are grateful that under this new plan, all sports get to participate,” said Jesuit athletic director Mike Hughes. “This new order of sports is going to produce hardship for some athletes and coaches, but it has many advantages. Our athletes need hope and opportunity, and we are grateful that the OSAA did not cancel any sports seasons.”

“This all makes sense, and it’s a proposal that’s been out there for a while,” he said. “I appreciate the OSAA making every effort not to cancel seasons. Participation for as many as possible is vital.

“As a football coach, this doesn’t change too much, but it does push our season up two weeks. I’m very concerned about getting football off the prohibited list by February 8.”

What happens if football not cleared by Feb. 8?

Weber shares that worry and acknowledges that as Feb. 8 approaches and if the OHA still hasn’t cleared full-contact sports (football, basketball and wrestling fall in that category), the board might have to revisit the issue once again.

“If we get to that point, unfortunately, that might be something that’s on the table,” he said. “We need something to change with the full-contact prohibition, but we still hope to be able to provide contact football if we’re allowed.”

One option could be to follow Vermont’s lead and offer 7-on-7 football similar to summer passing leagues, using touch or flag football rules and no line play.

“That’s something that has come up in our discussions,” Weber said. “It’s something to take a look at if we’re not able to provide that contact opportunity.”

Thirty-five states played fall sports, including football and volleyball, with many concluding state championships at this time. With COVID-19 cases on the rise in Oregon, however, many in the high school sports community hope the two-month pause will allow enough time for this wave to pass and state health authorities to give contact sports the go-ahead.

“I just hope it is not too early for football to be given the green light by our governor,” Hughes said. “Thirty-five states in our country were able to have a successful fall football season, and I hope the Oregon Health Authority sees those positive and safe statistics that came out of those football experiences and grants Oregon students a chance to play football.”

Central Catholic football coach Steve Pyne, whose team won the 6A state title last December, believes the release of a COVID-19 vaccine, expected to roll out early next year, could ease some of those concerns.

“I am hopeful that we can limit the spread through best practices, and the vaccine will be more readily available in the coming months,” he said. “This could help us begin practice and contests in the early spring.”

Will more players opt out with Monday’s decision?

Another concern involves student-athletes who have either committed to signing or have already signed letters of intent to play collegiately deciding to opt out of their senior seasons.

One such player is all-state point guard Hilary James, who led Lewis’ South Salem team to the 6A state tournament last March before it was canceled because of the pandemic. James signed with Lipscomb University last month and reclassified her graduation year so that she could enroll at the Nashville, Tenn., school in the spring.

“I’d probably say that’s going to happen a lot,” Lewis said. “Those kids with scholarships, it’s doubtful they will play this season to avoid some freak injury before going off to college.

“But, it will also help those girls who are still looking for scholarship opportunities. I have a couple of seniors who I know can play at the next level, and now they’ll be able to do something before the end of the recruiting process and hopefully be last-minute snags.”

OSAA staff presented the Executive Board two plans for contesting sports, with the other plan “stacking” winter and spring sports after the conclusion of the fall sports season.

Schools in the smaller classifications (1A through 4A) objected to this option, though, with more two- and three-sport athletes who would have had to choose which sport to play, possibly forcing some sports to cancel because of a lack of numbers.

Another drawback regarding this proposal regarded exacerbating the shortage of officials in basketball, softball and baseball if all three sports were contested in the same season. Many officials associations, especially in smaller communities, have members who work multiple sports and would not be able to provide adequate coverage.

“Ultimately, those were some of the reasons that went with the board adopting the three-season approach,” Weber said. “This doesn’t put students, or even schools, in a position of having to choose to offer an activity or not.”

In October, the OSAA opted to forgo league play and power rankings for the 2021 seasons, encouraging schools to complete schedules by prioritizing local and regional play without the incentive of traveling to find competition that would enhance their ranking.

Each sport has been working on devising a culminating-week event, whether a state tournament for individual sports or “bowl games” for football. Weber said decisions on what these events will look like, as well as others such as contest limits during the six-week seasons, likely will come up during biweekly Executive Board work sessions before its next publicly scheduled meeting Feb. 8.

“We didn’t dive into that today,” Weber said. “The board today was really focused more on big-picture stuff, the changing of the calendar, the switching of the seasons, extending Season 1. Culminating week discussions and other things will continue between now and February.”