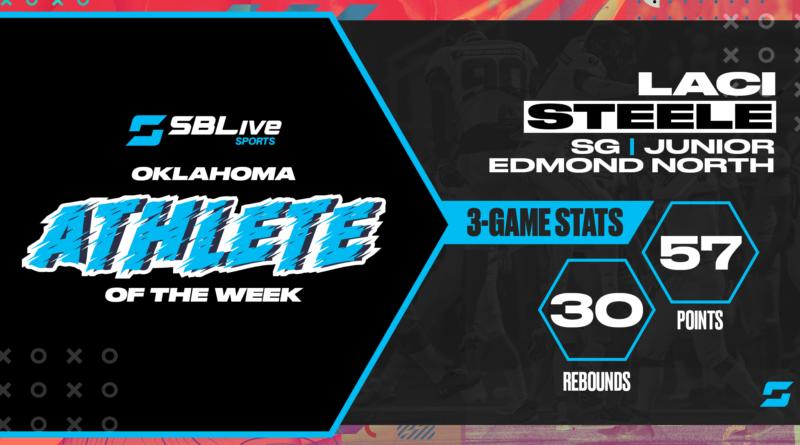 One of the state’s top juniors, Steele had nine of her 14 points in the second half as North posted a 52-45 win against Mustang in the title game of the Mustang Holiday Classic. She also had 24 points and 11 rebounds in the Huskies’ 92-37 semifinal win against Putnam City North and 19 points in their 78-27 opening-round win against Strother.

Steele received 60.79% of the vote, beating out Bixby’s Gracy Wernli who finished second with 38.31%.

A junior, McMorris had 19 points and snagged 14 rebounds as the Eagles handed Tulsa Memorial its first loss with a 59-49 decision in the title game of the Tournament of Champions in Tulsa. He was named the tournament’s Most Valuable Player, averaging 13 points in three wins. McMorris also had 14 points, including a game-winning dunk in the closing seconds, in the Eagles’ 67-65 overtime win against Jenks in the semifinals.

Warrior, a sophomore, was named as the Most Valuable Player of the Coca-Cola Classic in Fort Smith, Ark., as the Patriots claimed the tournament title. He had 14 points in both the semifinals (a 74-62 win against Fort Smith Southside) and the title game (as the Patriots defeated Fort Smith Northside, 73-59).

Elam was selected as the MVP of the Bill Frye Invitational in Mansfield, Ark., as the Indians claimed the tournament title. He had 16 points and six rebounds in Pocola’s 51-44 semifinal win against Waldron, Ark., and then had 16 points in the championship game, a 68-47 win against Hackett, Ark.

Johnson, one of the state’s top junior players, was named the MVP of the Mustang Holiday Classic, as the Broncos posted a 62-55 win against Putnam City North for the title. He had 22 points in the win. In the semifinals, Johnson had 14 points in the Broncos’ 53-41 win against Midwest City Carl Albert.

Frost scored 23 points as the Bulldogs defeated Hugo, 43-30, to win the Idabel Winter Classic. He was also named the tournament’s MVP as Valliant improved its record to 7-0.