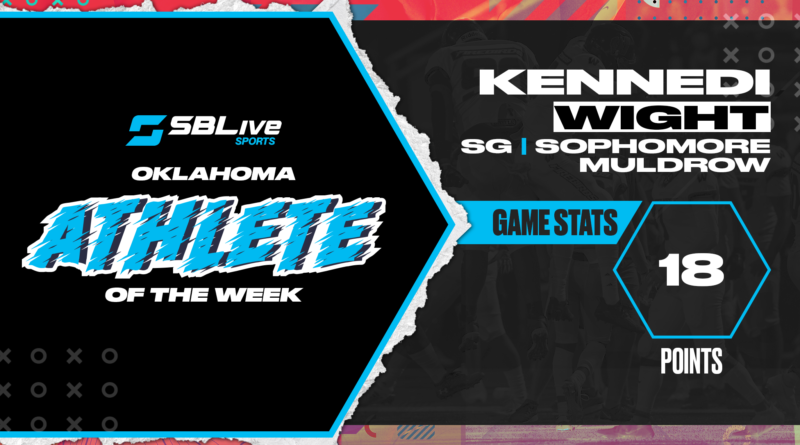 The sophomore led her team with 18 points, 13 coming in the opening half including making two first-quarter 3-point baskets, as the Lady Bulldogs won at Poteau, 44-23, on Tuesday.

Wight ran away with this week’s honor, receiving 100% of the total vote.

Wight had seven of his game-high 20 points in the fourth quarter as the Bulldogs held off Poteau, 49-46, on Tuesday.

Watie scored 24 points, 10 coming in the second quarter, to lift the Lady Rangers past Checotah on Tuesday, 63-24.

Noonan had 19 points, including seven in the fourth quarter, as the Rangers posted a 51-33 win at Checotah on Tuesday.

Chavez scored a career-high 42 points, and made six 3-point baskets, as the Boomers posted an 87-66 win against Enid on Tuesday. He had 25 of those points by halftime.

Pfeifer scored a team-high 27 points to lift her team to a 75-39 win against Enid on Tuesday.