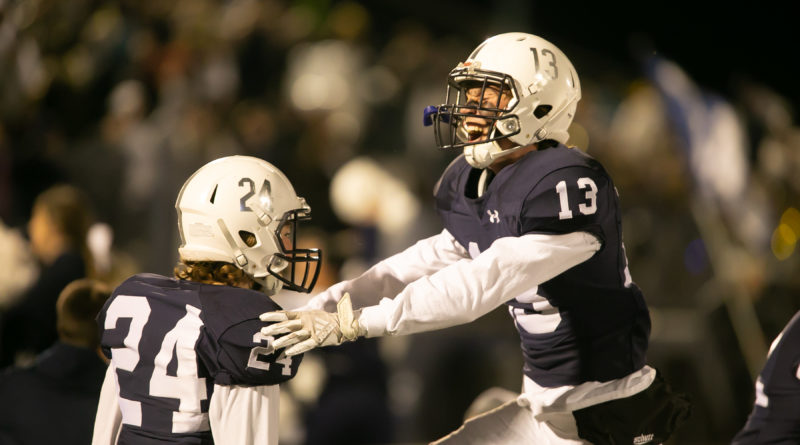 On the first day of October, I officially took the plunge.

Oh, but what a chance it has been so far, getting to write stories on Oklahoma high school athletics for SBLive Oklahoma, a website I had never heard of a year ago at this time.

Since I was starting my brand-new career on Oct. 1, it meant that I was going to be diving right into the midst of football season. Definitely no time to be easing into things.

But in my previous career as a newspaper sportswriter, you immediately learn to find stories and get the chance to witness greatness.

Though I wasn’t part of the scene on Zero Week and well after Labor Day weekend, I tend to think I adapted to my new surroundings pretty well.

I grew to love covering Oklahoma high school sports, especially football, in my former job, and that passion carried over into my new venture with SBLive.

Of course, there were a few new adjustments. Such as the longer road trips and going to different venues I had never been to before. Plus, in my previous job, I had never covered an Oklahoma high school game above the Class 4A level.

But I relished the chance to see some games at the highest level in the state. I got used to the constant trips to the Tulsa and Oklahoma City metropolitan areas. I learned to take advantage of making late-night runs to QuikTrip (or OnCue in the OKC metro).

Heck, I didn’t mind even making the steep climb up to the press box at Doc Wadley Stadium in Tahlequah (those who have made that similar trek know what I’m talking about) one night.

That’s because I was truly back in my element, whether making the long trip up the stairs to Tahlequah or taking the elevator up to the spacious room reserved exclusively for media members at Allan Trimble Stadium in Jenks.

To be honest, my last couple of years at my newspaper job wasn’t really fun, for various reasons.

It led to me losing my enthusiasm for something I used to love. There were even times I lost my confidence.

But getting the opportunity to work with SBLive has given me a sense of rejuvenation. I’m getting back to doing the things I used to love to write about.

And I’ve been able to find happiness with my new surroundings.

I got the chance to see all seven state title games being played in Edmond over a span of two weekends. I saw some great players such as Bixby’s Braylin Presley, Cashion’s Ben Harman and Marlow’s Jace Gilbert.

I witnessed the joy on the faces of the players from Collinsville, when the Cardinals finished off an undefeated season with the 5A title, the first gold ball in program history. I got to cover a Jenks-Union game (and for a state championship, no less). With the Class A title hanging in the balance, I saw Cashion move the ball down the field and score with eight seconds left.

With my new job, I got to meet new coaches, new players and even new fellow media members. And some old friends as well, like longtime Tulsa World sportswriters Barry Lewis and Mike Brown.

Sure, there were a few more things I wish I had the chance to write about that, due to the adjustments of the new job and the travel schedules, I didn’t get around to doing. Hopefully, I can be able to add a few more stories here and there for next football season.

I was the last person in the press box of Chad Richison Stadium in Edmond after the final gold ball was handed out, to Marlow in 2A. When I finally filed my last story on the night, I looked around the empty room. Then outside on the field, with the lights already turned out.

Even looking down at a deserted stadium that had been hopping in the previous couple of hours, I still felt I was in my element.

Though I got a late start on the football season, I liked how it ended.

But it’s what keeps me coming back for more. I wouldn’t have it any other way.