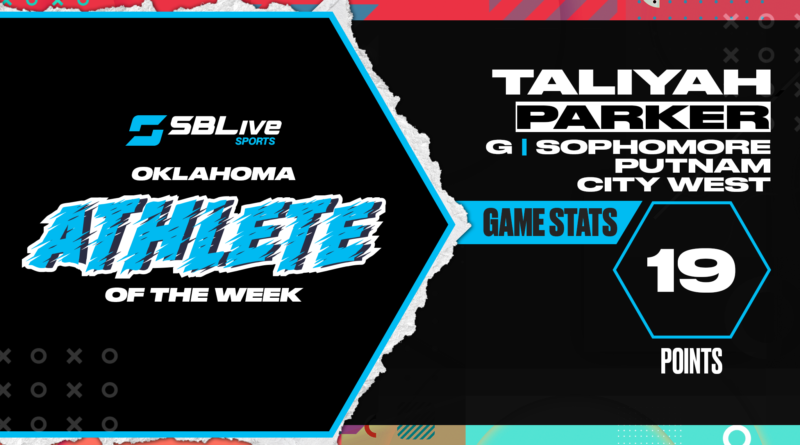 The sophomore led her team with 19 points as the Lady Patriots snapped Norman’s 45-game winning streak with a 60-52 overtime win in the title game of the Joe Lawson Invitational Saturday at Norman.

Harman, a senior quarterback, completed 18-of-33 passes for 285 yards and two touchdowns, including a game-winning pass with eight seconds left, as the Wildcats repeated as Class A state champions with a 21-14 win against Ringling. Harman also rushed for 33 yards on 14 carries.

Manning, a senior receiver/linebacker, caught 14 passes for 195 yards and two TDs, including a game-winning 9-yard grab with eight seconds to go in the Wildcats’ Class A title game victory. He also recorded 11 tackles on defense, four solo and two tackles for loss.

Brown, a junior defensive back, finished with eight total tackles, seven solo, and also returned a fumble 50 yards for a first-quarter TD.

A senior quarterback and special teams standout, Gilbert threw for a touchdown and rushed for another TD in the Outlaws’ 17-13 win against Washington for the Class 2A championship. He also kicked two extra points and a 33-yard field goal in the fourth quarter while punting four times for an average of 44.8 yards.

The Outlaws’ receiver caught 10 passes for 46 yards. He also had a 34-yard kickoff return to set up the Outlaws’ go-ahead TD before halftime and a 30-yard punt return that set up Gilbert’s fourth-quarter field goal. On the night, Bergner finished with 124 all-purpose yards.

Wilson caught a 6-yard TD pass with four seconds left before halftime that put the Outlaws ahead to stay. He also blocked an extra point and finished with 13 total tackles, seven of those unassisted.

A freshman tailback, Teal had 195 yards rushing on 21 carries with three touchdowns and a two-point conversion run as the Tigers finished off a 14-0 season with a 46-12 win against Balko-Forgan for the Class B eight-man championship.

Massee returned an interception 45 yards for a touchdown on the final play of the first half, one of four takeaways the Tigers had on the night. He also had a 42-yard TD run in the fourth quarter.

The Tigers’ quarterback threw a 38-yard touchdown pass as Laverne built a double-digit lead late in the first half of Friday’s Class B title game win.

Steele was named the MVP of the Bixby Invitational after scoring 19 points in the championship game, a 74-35 win against Bixby. She also had 18 points in a semifinal win against Sapulpa.

McAlvain had a team-high 15 points to help the Lady Tigers claim their first Tahlequah Invitational championship with a 54-38 win against McAlester in a matchup between two undefeated squads.

Frierson finished with 20 points as the Chargers posted a 66-47 win against Putnam City West in the title game of the Joe Lawson Invitational at Norman.

Averitt had a double-double with 24 points and 11 rebounds, along with two assists, and was named the MVP of the Tahlequah Invitational after the Trojans edged Moore, 60-58, in overtime of the championship game.

Banfield scored 44 total points as Mannford won the championship of the Ty Hewitt Memorial Tournament in Nowata. He had 20 points and 13 rebounds in an opening-round game against South Coffeyville and then had 15 points as Mannford defeated defending 2A champion Oklahoma Union, 48-43, in the title game.