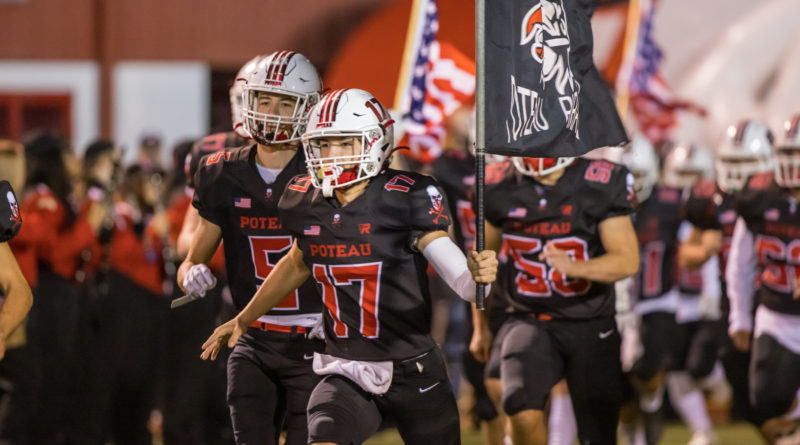 Next week, the top three teams in the SBLive Oklahoma high school football rankings will be vying to win state championships.

As for this week, several other highly ranked teams will be looking to punch their own tickets to Edmond to play in next week’s title contests.

History will be in the making on Dec. 2 when the Spartans play for the 6AII title. With a win against Edmond Deer Creek, Bixby can win its fourth straight 6AII championship and also set the all-time Oklahoma 11-man record for consecutive wins at 49.

Although the Trojans were without their top two running backs due to injuries, they were able to grind out a win against Mustang in the 6AI semifinals. Their backfield is expected to be at full strength for the 6AI title game against “Backyard Bowl” rival Tulsa Union on Dec. 4.

The Redhawks countered Broken Arrow’s second-half comeback with a game-winning touchdown drive to grab a thrilling 17-14 win in the 6AI semifinals. Union now can avenge its lone loss in the 6AI title game against Jenks.

Tuttle beat Poteau in the 2018 4A semifinals at Jenks en route to winning it all. Can history repeat itself when the Tigers face Poteau again in Friday’s 4A semifinal game, also taking place at Jenks?

It’s a matchup that should be sponsored by a certain prominent fast food chain. Big Mac (McAlester) against Big Mac (Lawton MacArthur) for a trip to the 5A title game, but alas, it won’t be held at McLoud or Bishop McGuinness, but rather at Noble.

Perhaps the best playoff game of the week will be a matchup between the undefeated Bulldogs and undefeated Heritage Hall in the 3A semifinals Friday at Oklahoma Baptist University.

Can the Cardinals end Carl Albert’s run of five straight state titles when the two teams square off in Friday’s 5A semifinal, taking place at Western Heights?

Two powerful offenses collide when the Chargers go up against Lincoln Christian’s high-octane unit in Friday’s 3A semifinals?

The Dutch get their wish, taking on the team that handed them their lone loss, Verdigris, in Friday’s 3A semifinal at Owasso.

Washington was up for the challenge last week, easily taking care of a revenge-minded Jones squad. Now the Warriors travel for a 2A quarterfinal against a high-powered Rejoice Christian squad.

The Antlers will be in their backyard on Dec. 2, determined to be the team to end Bixby’s historic run in the 6AII championship game.

Unlike their opening-round win against Piedmont, when the Highlanders needed a late touchdown to get by, they took care of business easily in the 5A quarterfinal, scoring 33 of their 40 points against Pryor by halftime.

Two of the Pioneers’ three defeats in 2021 came at the hands of Bixby, the latest coming in last week’s 6AII semifinals.

Though the Tigers came up short of reaching the 6AI title game, they did an admirable job of rebounding from a 2-3 start to the season, reeling off six straight wins to get to the 6AI semifinals.

Though the Yellowjackets’ season ended two weeks ago in the 6AII opening round, they still made news as senior offensive line standout Cade McConnell recently decommitted from TCU.

The Hornets’ season ended two weeks ago with a loss to Stillwater in the first round of the 6AII playoffs.

OCS will play at home for the final time this season on Friday, as the Saints take on Eufaula in the 2A quarterfinals.

The Rams’ season ended with a loss to Broken Arrow in the first round of the 6AI playoffs two weeks ago.

It will be a matchup of run-oriented offenses when the Pirates’ vaunted ground game goes up against Tuttle’s hard-nosed squad in Friday’s 4A semifinals.

Verdigris ended Holland Hall’s 20-game win streak with a 12-7 win when the two teams met in the regular season. Can the Cardinals do it again in the rematch, this time in the 3A semifinals?

The Eagles won at Midwest City Carl Albert in the early part of the regular season, a springboard en route to their 6AII-1 district title.

The Titans will take a 22-game postseason winning streak into Friday’s 5A semifinal against undefeated Collinsville.

Coweta nearly broke Carl Albert’s run of five straight state titles, but the Titans rallied from a 7-0 deficit to grab a 14-7 win in the 5A quarterfinals.

The Wildcats go for another Class A gold ball as they travel to face Woodland in Friday’s quarterfinal round.

An impressive road win at Vian in the second round of the 2A playoffs enables the Demons to return home for the 2A quarterfinals on Friday as they take on Crossings Christian.