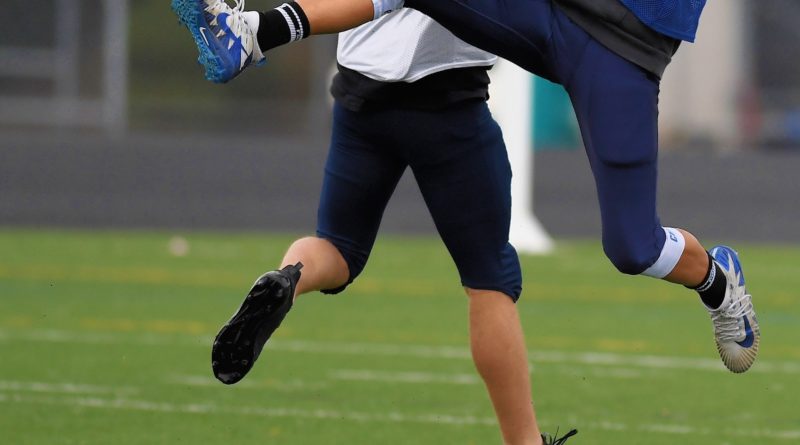 We’re taking a position-by-position look at some of the top players in Oklahoma high school football. This list focuses on the defensive backs.

There are hundreds of standout football players in Oklahoma and these lists are not intended to be comprehensive. Use the comments section to discuss the other defensive backs worthy of fans’ attention in 2021.

An Oklahoma commit, Spears-Jennings has two interceptions, returning one for a touchdown, along with 47 tackles. In the Tigers’ come-from-behind win against Owasso in the first round of the 6AI playoffs, he had seven tackles, including a key stop on a two-point conversion attempt.

One of the state’s top athletes, Williams is an Oklahoma commit. He recorded 29 tackles and picked off three passes, returning one for a TD. Williams also forced two fumbles.

Rowe, a cornerback, is another Oklahoma commit and has helped the newly-renamed Redhawks into contention for the 6AI title. He had two touchdowns, including one on a fake punt, to help Union beat Yukon in the first round of the 6AI playoffs.

A safety, Jones recorded 60 tackles and broke up five passes this season.

Treat was part of a turnaround season for the Indians, who went from a winless 2020 to a 4A playoff team in 2021. The cornerback intercepted eight passes, including three games with two picks, while registering 24 tackles.

Smith had seven interceptions through the first 11 games for the Lions, who advanced to the 4A quarterfinals. He returned one of those picks 99 yards for a TD against Tuttle and had another pick-six against Tecumseh. In addition, Smith broke up five passes.

A cornerback, Lawson intercepted six passes, four coming in the final three regular-season games as the Hornets qualified for the Class 4A playoffs.

Moton intercepted five passes at cornerback, including one in the Chiefs’ 3A first-round playoff win against Stigler, and also recorded 41 tackles.

Coddington, a safety who also plays quarterback, has intercepted 10 passes this season, returning two of those for TDs. He also has 50 tackles and has a fumble recovery.

One of the top shutdown cornerbacks in the state, Campbell has committed to play at Tulsa. In his team’s first five games, the opposing receivers Campbell covered never had a ball thrown in their direction. He does have an interception along with 27 tackles.

Matteson, a safety and Army commit who also produces stellar numbers at receiver, has helped the Saints achieve a perfect regular season. In their 2A opening-round playoff win against Prague, he had 14 tackles and two interceptions, which gave him eight picks on the season. Matteson has two pick-sixes as well.

Hendrix intercepted eight passes on the season, with two returned for touchdowns. He also made 30 tackles.

Brownfield picked off eight passes, returning two of those back for TDs for a Dragons squad that finished 10-0 in the regular season. He also recovered two fumbles and returned those for touchdowns, while registering 75 tackles.

Stacy, who plays cornerback for a Trojans team in position to repeat as 6AI champions, is one of the stalwarts for the Jenks defense. He has been able to shut down some of the top receivers in the area. In a key district win at Broken Arrow, Stacy had a first-half interception that set up a Jenks touchdown. He also picked off a pass at his own 1-yard line in a win at Edmond Santa Fe.

Another experienced player in the Trojans’ secondary, Havir finished the regular season with 56 tackles, including 30 solo stops and four for loss. He also forced four fumbles and broke up seven passes. In Jenks’ 6A-I first-round win against Norman North, Havir recovered a fumble to set up a Trojans’ TD.

Scott was one of the top two-way players in southern Oklahoma, also having excelled at receiver. In a Tigers’ win against El Reno, Scott picked off two passes, returning one for a touchdown, to go with two receiving TDs.

A free safety, Lynch picked off six passes, including two in a pair of games. He also recorded 42 tackles, 35 of those solo.

Collins, who also plays receiver and running back on offense, recorded 93 total tackles this season, 72 of those solo. He also picked off four passes, returning one for a touchdown.

A safety, Robinson recorded 65 total tackles, including 40 solo stops, through the first 11 games for the Demons, who advanced to the Class 3A quarterfinals. He also picked off two passes, one coming in his team’s first-round playoff win against Lone Grove.

Grayson made an impact at cornerback for a Demon team that won eight regular-season games. Through mid-October, he had intercepted four passes, returning two for TDs. He also returned a fumble for another TD.

One of the top cornerbacks in central Oklahoma, Jones has helped the Bluejays to a double-digit win season and an appearance in the Class 5A quarterfinals. In a win against Putnam City West, he had four tackles, an interception and scored two touchdowns.