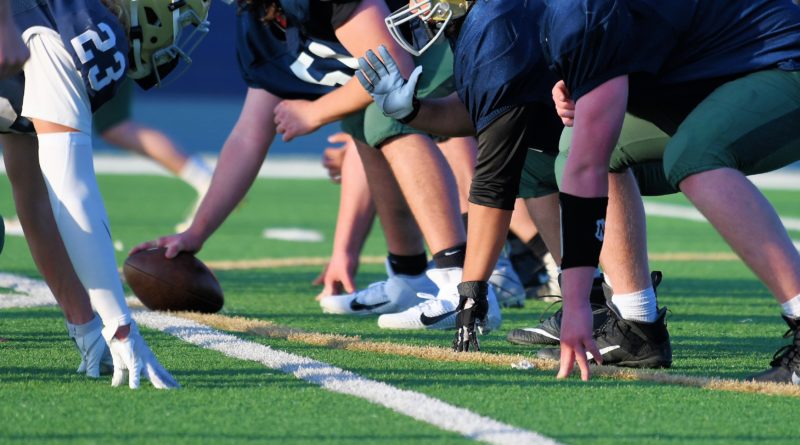 Over the next few weeks, we’ll be taking a position-by-position look at some of the top players in Oklahoma high school football. This list focuses on the offensive linemen.

There are hundreds of standout football players in Oklahoma and these lists are not intended to be comprehensive. Use the comments section to discuss the other offensive linemen worthy of fans’ attention in 2021.

The massive offensive tackle was one of the more highly sought-after recruits in the country, but Sexton has decided to stay close to home, committing to play at Oklahoma. Sexton, who also wrestles and throws the shot put and discus for the Antlers’ track team, is one of eight returning starters on offense for a Deer Creek squad which reached the 6AI championship game last season.

An offensive tackle and a four-year starter, McConnell helps power a Yellowjacket offense vying to play for another 6AII championship. He has committed to play at TCU.

This offensive tackle was a four-year starter on the line for the Bruins. He will continue his career at the next level as he committed to play at Air Force.

Parks has been a powerful force for a Millers’ squad that qualified for the Class 6AI playoffs, and is one of five returning starters up front. Primarily a guard, Parks has committed to play at Army.

A returning starter at tackle, Dotson has helped clear paths for a talented Berryhill offensive unit. The Chiefs went from 4-4 a season ago to 8-2 this regular season and a share of the 3A-4 district championship. Dotson has already received several offers from Division I schools.

A tackle who has also seen action at guard, Makahununiu was one of the top linemen in 6AI. He has received offers from several Division II programs.

Hudson is a returning starter at center for the Comets and helped his team return to the Class 5A playoffs.

This left tackle was part of the Dutch team that won the 3A state title a season ago and is helping them aim for a repeat. He has the ability to play at the next level.

Bacon was a returning starter at guard for the Zebras, who competed against several top 5A teams like Collinsville, Pryor and Tahlequah.

A left tackle who also plays defensive end, Williams is a returning starter up front for Shawnee, which qualified for the 5A playoffs.

Grazier, who played center for the Mustangs, helped anchor the offensive line in 2021. He also played on the defensive line and competes on the school’s wrestling team.

A tackle and a nose guard, Hitt’s season may be over, but he helped the Owls from a winless 2020 season to a four-win improvement. Hitt, also a state champion wrestler, helped pave the way for one of the state’s top promising young running backs in sophomore Matt Lund.

As a junior, Mitchell recorded 57 pancake blocks and put together another strong senior season at left tackle.

Peck is a returning starter at center who can also play guard for the Timberwolves, who ended the regular season 7-3 and qualified for the 6AI playoffs.

A returning starter at right tackle, Busher has received interest from various colleges while playing for the Panthers, who qualified for the 6AII playoffs.

A center, Johnston was one of the top players in the area at his position. He also played nose guard on defense.

As a tackle who also plays nose guard, Lewis could be one of the top senior linemen to watch for the 2022 season.

A tackle who can squat 500 pounds and bench press 330 pounds, Johnston has been a mainstay up front for a Ridgerunner team that finished 9-1 and has a chance to go far in the 4A playoffs.

A returning starter at tackle, Wilson has been a key cog in the offense for the Chargers, paving the way for such players as wide receiver Gavin Freeman and tailback River Faulkner as Heritage Hall finished a perfect 10-0 in the regular season and is a contender for the 3A title.

A three-year starter at center, Compton can squat 500 pounds and bench press 280 pounds. He will go into his senior season as one of the top players in the state at any position, especially if he can help the Wildcats make a deep run in the 2A playoffs.

Sinclair, who primarily plays right guard, is a returning starter and has been noted for his ability to dominate at the line of scrimmage. He helped the Cougars qualify for the postseason in 2A.

A center who can also play guard, Robinson joins Cade McConnell in forming an imposing line for the Yellowjackets, who are one of the contenders to play for the 6AII championship.

This returning starter at right guard has helped clear the way for some outstanding playmakers like Oklahoma State commit Braylin Presley and quarterback Christian Burke. Lonsdale seeks to end his Spartan career with a fourth straight 6AII championship.

As a junior, Thomas earned all-state honors at left tackle and is being counted on to help Union make it to the 6AI title game after clinching the 6AI-2 district championship.

A returning starter at tackle, Shelton has helped clear paths for one of the top offensive squads in 6AII, led by players such as quarterback Ty Pennington and tailback Blake Jones.

A right tackle, Hulbutta turned in a strong junior season in which he had 32 pancake blocks for a team that won eight ballgames.

A right guard and a returning starter, Dodd has been one of the bellcows up front for the Ironheads, who won the District 2A-6 title.

Warrior plays tackle and helped the Wildcats overcome a slow start as they won three of their final four regular-season games to qualify for the 3A playoffs.

This returning starter up front at left tackle has been part of a big turnaround for the Eagles, who won only one game in 2020 and two games the season before to a 7-3 regular season finish in 2021.