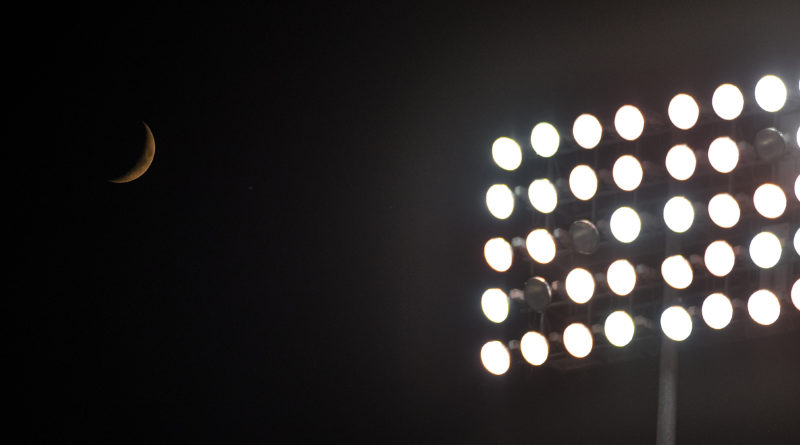 The Spartans led 44-0 after the first quarter and 65-0 at halftime en route to their 47th straight win. They can tie the state record with a win in next week’s 6AII semifinals against Stillwater.

Trailing 7-0 early on, the Trojans took over the game by scoring 38 straight points before halftime to handily win their 6AI playoff opener.

There will not be a return trip to the 6AII title game for the Yellowjackets after falling at home in the opening round of the playoffs.

Behind three touchdowns from Canon West, the Tigers easily advanced to the Class 4A quarterfinal round.

Quarterback Trent Boatright completed 13-of-16 passes for 160 yards and five TDs as the Buffaloes moved on into the 5A quarterfinals.

The Bulldogs led 42-0 at halftime as they went on to post the decisive win in the opening round of the 3A postseason.

The Hornets trailed 21-14 at halftime but fell behind 35-14 early in the fourth quarter as their season came to an end in the first round of the 6AII playoffs.

Broken Arrow avenged a regular-season loss to the Rams as the Tigers came back from a double-digit deficit in the final 10 minutes, ending Owasso’s season in the first round of the 6AI playoffs.

A magical season for the Eagles comes to a sudden end in the opening round of the 6AII playoffs as the 6AII-1 district champions were defeated at home by the Sandites, the No. 4 seed from 6AII-2.

Zane Woodham rushed for nearly 170 yards and scored four touchdowns as the Dutch began the 3A playoffs with the decisive win at home.

Sophomore tailback Holden Thompson scored three TDs, including two to start the second half to help the Pioneers build a 35-14 fourth-quarter lead en route to the 6AII opening-round win.

Josh Willhite’s 5-yard TD reception with more than five minutes left capped a wild comeback for the Tigers, who rallied from a 40-28 deficit with less than 10 minutes remaining.

No problem for the Chargers, who built a 44-7 halftime lead as they went on to win their opening-round 3A playoff contest.

Brayden Gilkey had a 65-yard TD on the game’s opening play, while Oscar Hammond returned a punt for a TD and added two TD receptions, including one on the final play of the first half as the Cardinals rolled in their 5A playoff opener.

In the battle of the Tigers, it was all Coweta, which built a 28-0 halftime advantage en route to the win in the opening round of the 5A playoffs.

The Warriors kept on rolling as they won in the first round of the 2A playoffs, leading 21-0 after one quarter and doubling their lead to 42-0 at halftime.

It will not be a return trip to play for a 6AI title for the Wolves, who were eliminated on the road in the first round of the 6AI playoffs.

The Highlanders survived a scare in the first round of the 5A playoffs, getting a Devin Bush 4-yard TD with 4:16 left which was set up by a one-handed catch from Vaughn Poppe on fourth-and-long to keep the eventual game-winning drive alive.

After both teams scored 29 points in the first half, the Antlers’ defense came through in the second half to hold Choctaw scoreless in prevailing in the first round of the 6AII playoffs.

Sandite quarterback Ty Pennington threw for two TD passes, but it was his 2-yard TD run with less than three minutes left that lifted Sand Springs to the upset win in the first round of the 6AII playoffs against the District 6AII-1 champs.

The Tigers fell behind 21-0 and 35-14 at halftime as their season ended with a home playoff loss in the first round of the 5A postseason.

Down 8-7 entering the second quarter, it was all Saints from that point as they took a 22-7 halftime lead on two TD runs from Kaleb Barnes to claim the first-round win in the 2A playoffs.

The Pirates won at least one playoff game for the fourth straight season as they rolled to the opening-round 4A playoff win at home.

In a matchup between two 9-1 teams in the opening round of the 3A playoffs, the Cardinals got the road win after trailing at halftime, 21-19.