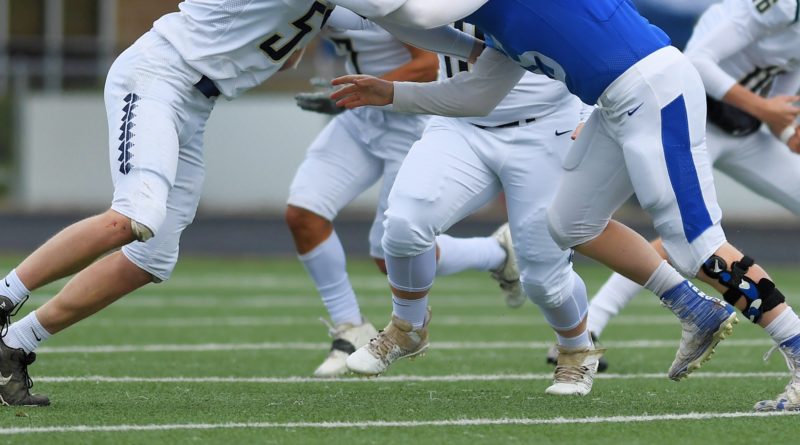 Over the next few weeks, we’ll be taking a position-by-position look at some of the top players in Oklahoma high school football. This list focuses on the tight ends.

There are hundreds of standout football players in Oklahoma and these lists are not intended to be comprehensive. Use the comments section to discuss the other tight ends worthy of fans’ attention in 2021.

Earlier this year, Hasz – after receiving numerous offers from major Division I colleges – committed to play at Oklahoma. Because of the Spartans’ array of playmakers, as well as being involved in mostly lopsided scores during their 45-game winning streak entering the regular-season finale, Hasz hasn’t had a chance to catch many passes. He had just 24 catches for 316 yards and two touchdowns, with a season-high of seven receptions in the Spartans’ 70-7 win at Choctaw in October.

Dollar is the son of Sam Dollar, who is on the Broncos’ coaching staff as the defensive coordinator. The younger Dollar opted out of playing his junior season due to COVID-19 concerns but is back on the field in 2021 and contributing for a Mustang squad that finished second in District 6AI-2, highlighted by a win at Owasso. Andre Dollar committed to play at Oregon.

Shettron is part of the double trouble of talented offensive playmakers for the Wolves alongside his brother Talyn Shettron, who is the team’s top receiver. Of the 23 passes that Tabry Shettron has caught, seven have gone for touchdowns. He also has 273 yards receiving. Both Shettrons will be teammates again at the next level as they each committed to Oklahoma State.

Loyd brings a physical approach to the Bruins’ offense both by his blocking and his pass-catching abilities. He also plays end on the defensive side of the ball.

Through nine games, Cornell has caught 22 passes for 466 yards and seven touchdowns to help lead the resurgent Eagles to a 7-2 record after finishing 1-10 the season before. He’s had five games with three catches, including a two-touchdown performance against defending Class A champion Cashion.

Watson has been one of the future bright spots for the Roughers, who had won just two games leading up to their season finale. Through his team’s first nine ballgames, Watson has 28 receptions for 296 yards and two TDs. He caught five passes for 100 yards and a TD against Sand Springs, and had an eight-catch 65-yard performance against Class 6AII kingpin Bixby.

While Hornet quarterback Lathan Boone has an array of options to throw the ball to, including receivers Micah Tease and Jordan Drew, Prudom has also been a target. He has 14 catches for 237 yards and two TDs.

Shoemaker has caught 18 passes for 230 yards and five TDs this season for the playoff-bound Sandites. He had a pair of two-TD performances, including in a win against Northwest Arkansas power Shiloh Christian. Shoemaker also had a four-catch 75-yard performance with a TD against 6AII contender Choctaw.

Shields caught three passes for 47 yards and a TD in a recent game against Bethany. He also had a 71-yard TD reception in a win against Kingfisher earlier this season.

Luke Hasz isn’t the only pass-catching tight end for the defending 6AII champion Spartans. Bertelli has also been a target, with 12 catches for 176 yards and four TDs. He had touchdowns in back-to-back wins in late October against Muskogee and Ponca City.

With his size and hands, Winkle has emerged as a key playmaker for a Panther team that has simply reloaded from last season’s 3A semifinal squad. So far this season, Winkle has 17 receptions for 199 yards and three touchdowns, with a season-high of six catches in an October win against Locust Grove.

Spady has been a valuable weapon on offense for the Comets with his hands and his blocking abilities, helping them bounce back from a one-win 2020 to being on the cusp of playoff contention. He has also turned in solid performances at defensive end while receiving attention from several colleges.

Harelson is averaging 50.4 yards per reception for the Bulldogs and has scored three times. He had two catches for 81 yards and two TDs in his team’s win against Alex and also had three catches for 62 yards in a win against Strother.

Martin has caught 16 passes for 308 yards thus far in his senior season. In a 50-0 win against Bray-Doyle on Oct. 22, Martin caught four passes for 116 yards. All four receptions were for touchdowns.

Sage has caught 12 passes for 214 yards with five touchdowns for the Commandos, who will be making their 35th consecutive trip to postseason play. Sage also does duties on defense at linebacker.