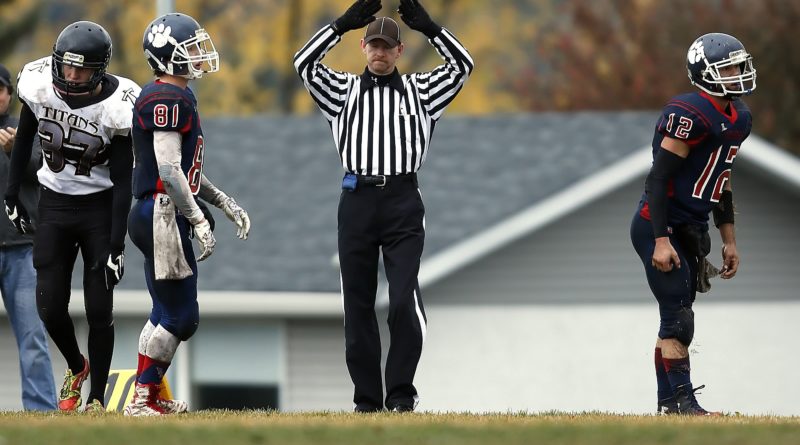 As the Oklahoma high school football playoffs begin this week, here is a breakdown of the brackets for several classifications.

This will be one of the best playoff brackets in the state, at least on paper. Undefeated Tuttle leads the way, but there are several other teams quite capable of hoisting the gold ball at Edmond’s Chad Richison Stadium.

The Tigers (10-0) bring a defensive-minded approach into the playoffs as they seek their first state title since 2018. They have allowed a total of 66 points all season, including three shutouts. Tuttle has also shown it can find a way to win the close ones, as evidenced by its fourth-quarter comeback in last week’s 14-13 win against Blanchard for the 4A-2 title.

Another program that knows how to win it all in 4A, which the Pirates did two years ago. These Pirates (9-1) can literally run their way to play for another title. Of Poteau’s 4,369 yards of total offense this year, 86 percent of those have come via the rush, including a whopping 594 yards in last week’s decisive win against Broken Bow for the 4A-4 championship.

Last season, the Red Tornadoes made it to the 4A title game before falling to a talented Wagoner squad. They’re more than determined to finish the job this season. After a Week 2 loss to a currently undefeated Heritage Hall squad, Clinton (9-1) has reeled off eight straight wins. In District 4A-1 play, the Red Tornadoes gave up just 41 points, including three straight shutouts to end the regular season.

Yes, it may appear odd for some to see Wagoner, which has won four 4A state titles in the past seven seasons, as a darkhorse. But the Bulldogs, who lost 20 of 22 starters from last season’s championship squad, appear to be reloading to make another run for a title. Wagoner (8-2) has won five straight games since a shutout loss to Bristow, and 4A opponents are fully aware the Bulldogs will be a tough out regardless of who they play.

Ridgerunner coach Ron Culwell’s gamble to lose a key game to Wagoner on an intentional safety in order to maintain the lead in district points paid off, as Grove (9-1) got the top seed from 4A-3. Now the Ridgerunners want to take advantage of two potential home playoff games, and with players like junior tailback Emmanuel Crawford, they can very well find themselves in Edmond.

It would feature a matchup of two of the premier 4A teams in the state if this does transpire next week, but if that’s the case, neither the Bulldogs or the Tigers will be playing on Thanksgiving weekend.

The road to the 3A crown been perceived as essentially a three-team race all season, with Lincoln Christian, Heritage Hall and Holland Hall as the heavy favorites. But as Holland Hall found out recently, don’t count out another team in the mix.

Averaging 52.2 points a game in the regular season, the high-powered offense for the Bulldogs (10-0) has the belief it has enough gas in the tank to finish the job in 2021 after falling short in last season’s 3A title game. Leading the way is senior quarterback Max Brown, a Central Michigan commit, who has thrown for more than 2,100 yards and 32 touchdowns while adding 1,024 yards and 15 TDs rushing.

Like Lincoln Christian, Heritage Hall (10-0) also features a dynamic offense, featuring the talents of players like tailback River Faulker and wide receiver and Texas Tech commit Gavin Freeman, each of whom have accounted for 17 total touchdowns. But to win the title, the Chargers will have to rely on their defense, which gave up at least 20 points in half their regular-season games. If the defense can tighten things up, the Chargers are in great shape to play for a title.

Last season’s defending 3A champions appeared to be well on their way to a second-straight undefeated season, until a Week 9 loss to Verdigris thwarted those plans. But the Dutch (9-1) still came away with the top playoff seed from 3A-4 and even after losing some talented players to graduation from that title team last season, appear poised to make a run at a repeat. Especially with players like tailback/linebacker Zane Woodham and receiver/defensive back NuNu Campbell, a Tulsa commit, back in the fold.

The Cardinals arguably posted the most shocking win in 2021 with their 12-7 triumph two weeks ago against Holland Hall, ending the Dutch’s 20-game winning streak. But Verdigris (9-1) has shown that win was no fluke as the Cardinals have won at least nine games for the third straight season. They’re now seeking to make more noise in the postseason with players like quarterback Dylan White and Reese Roller, who can play both defensive end and linebacker.

The Demons (8-2) finished second in 3A-1 behind Heritage Hall, although Perkins-Tryon definitely gave the Chargers a scare. Perkins-Tryon held a 20-7 first-half lead before the Chargers rallied. The Demons’ other loss came to a very solid Cushing squad. Since the loss to Heritage Hall, the Demons have ran off five straight wins, and have scored at least 40 points in each of their previous four ballgames.

As previously mentioned, the Demons had Heritage Hall on the ropes before falling, and they could come in on a roll if this game takes place. Holland Hall also realizes its opponents will be playing with extra energy in trying to dethrone the defending 3A champs.

Washington, Oklahoma Christian School and Marlow lead the way with 10-0 records. But there are several other teams that can find itself in Edmond when it’s all said and done. And we haven’t even mentioned the defending 2A champion, Metro Christian, which stands at 7-3 and opens postseason play on the road.

It was a dominant regular season for the Warriors (10-0), who averaged nearly 50 points a game while their defense allowed a total of 74 points. Over their final four ballgames, they have given up just two points. Washington is also driven by motivation, having lost in last season’s 2A title game.

The Saints (10-0) have posted three shutouts, including a 55-0 decision against Blackwell last week which wrapped up an unblemished regular season. They also have perhaps the best player in 2A in receiver/safety Collin Matteson, who has scored touchdowns catching, running and even taking back a pair of pick-sixes. He also returns kickoffs and punts. If Matteson can continue to produce sterling numbers, the Saints’ chances at gold are good.

Last week, the Demons lost a pair of double-digit fourth-quarter leads to fall to Victory Christian for the 2A-7 title. But though its playoff road got much harder after that tough defeat, Beggs (8-2) remains a talented bunch still capable of going all the way. They may have the best running back tandem in the state in senior and Oklahoma State commit CJ Brown and promising sophomore Red Martel, though Martel’s playing status is uncertain after suffering a shoulder injury at the end of the first half of last week’s loss.

For the second straight regular season, the Outlaws finished with a perfect record. Their run last season ended with a loss to eventual champion Metro Christian, so Marlow (10-0) is determined to take the next step. Perhaps the x-factor in the playoffs will be senior Jace Gilbert, who has posted strong numbers at quarterback. But he is a big-time recruit both as a punter and a kicker, and recently booted a career-high 52-yard field goal. Could the Outlaws’ gold ball chances rely more on Gilbert’s foot than his arm?

In each of the past three seasons, the Ironheads have won 10 ballgames. Eufaula (9-1) can make it another 10-win season with a first-round playoff win against Keys, but this time, the Ironheads have higher aspirations. A talented offense with players like quarterback Luke Adcock, receiver Khelil Deere and imposing lineman Ty Dodd may help Eufaula fulfill its ultimate destiny.

Two years ago, Vian made it to the 2A title game. A season ago, the Wolverines went home in the early rounds after falling to Metro Christian, which Vian drew after losing the district title to Cascia Hall. Vian (9-1), which is the only team to defeat Eufaula and possesses a big-time running back as well in junior DeSean Mays, can turn the tables and send the Demons home earlier than expected after last week’s loss to Victory Christian dropped Beggs to the No. 2 seed from 2A-7.

There are three Class A teams that enter postseason play with 10-0 records. None of those are defending A champion Cashion or Pawhuska, another favorite to win the gold ball, and there’s also five one-loss teams other than Cashion, so that’s indicative of the depth of teams in this bracket.

After falling to Rejoice Christian in their opener, the Wildcats (9-1) have gotten back on track, running off nine straight wins. They are riding a top-notch offense on the road to repeat, led by quarterback Ben Harman, tailback Nick Nabavi and receivers Mason Manning and Landon LaGasse. The Wildcats’ defense is also rounding into form, allowing 29 total points over their past four ballgames.

The Huskies stumbled to a 1-2 start, capped by a 33-31 loss to Hominy. But Pawhuska (8-2) gets a chance for revenge out of the gate, a rematch with Hominy in Friday’s opening round. How far the Huskies can go may depend on the play of standout receiver Mason Gilkey. The Oklahoma State commit has hauled in 57 catches for 901 yards and 16 TDs.

Eight defensive starters returned from a Blue Devils team that reached the state semifinals in 2020. That experienced defense could be the difference in Ringling (10-0) bringing home the gold ball. Entering the playoffs, the Blue Devils have allowed just 52 points and have pitched five shutouts. Their offense is pretty good, too, averaging 49 points a game. Eleven different players have scored rushing touchdowns.

After combining to win five ballgames the past two seasons, the Yellowjackets have put together more than just a surprising season. They are putting together a perfect season, standing at 10-0. Fairview returned a majority of starters on both sides of the ball and the Yellowjackets are now an experienced squad. Whether than translates into a deep postseason run remains to be seen.

Another team that brought back a bevy of starters and goes into the playoffs sporting a 10-0 record. The Pirates reached the third round of the Class A playoffs a season ago and are hungry for more. They also have a proven head coach in Brandon Tyler, who is at his alma mater and previously had a strong run as Vian’s coach, guiding the Wolverines to a state runner-up finish one season.

This could be a matchup of two 10-1 teams if this takes place. Cashion, of course, is gearing up for a repeat. But Hooker brings some strong credentials of its own. The Bulldogs had won their first nine ballgames before a 30-28 loss last week to Fairview dropped Hooker to the No. 2 seed from A-1. Hooker has one of the top quarterbacks in the state in senior Gavynn Parker, who has thrown for more than 2,800 yards and 33 TDs.