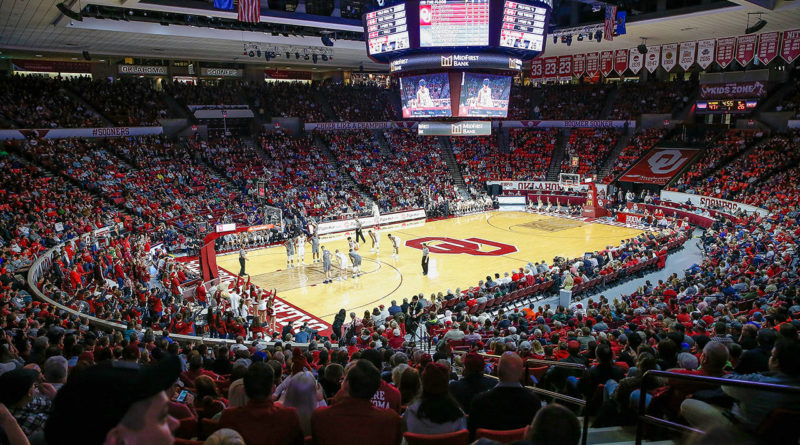 By Buck Ringgold | Photo courtesy of the University of Oklahoma

For at least the next three seasons, all of the state basketball championships will take place in the Oklahoma City metropolitan area.

The Oklahoma Secondary School Activities Association officially approved the Lloyd Noble Center on the University of Oklahoma campus as the site for both the Class 5A and 6A basketball tournaments for the next three seasons, effective this season through the 2023-24 season.

That announcement was made Wednesday morning at the association’s board of directors meeting in Oklahoma City. The vote passed by an 11-2 margin.

For the past 12 seasons, the 5A and 6A basketball tournaments had been held in Tulsa, at the Mabee Center on the Oral Roberts University campus. The Lloyd Noble Center last hosted the state tournaments in 2009.

“After evaluating the bids we received and having further discussion with each site, the bid from the University of Oklahoma was the best one for our member schools,” OSSAA executive director David Jackson said in a release. “We had an excellent run at the Mabee Center and look forward to bringing that same type of state tournament atmosphere to Norman.”

OU athletics director Joe Castiglione added in the release that he and his university are looking forward to hosting the event for the next three seasons.

“We are delighted to have the 6A and 5A tournaments back in Norman,” Castiglione said. “The quality of basketball being played in Oklahoma is at such a high level.

“We can’t wait to showcase it at the Lloyd Noble Center. We’re excited to share a court that has featured many great Sooner players with the outstanding high school teams and fans from our state. It will be our great honor to provide all of them with a first-class experience and memories to last a lifetime.”

It is also the same weekend that the 2A, 3A and 4A state basketball tournaments will take place at its longtime home, State Fair Arena in Oklahoma City. State Fair Arena also serves as the longtime site for the Class A and B state tournaments, which will be held the prior weekend, March 3-5.