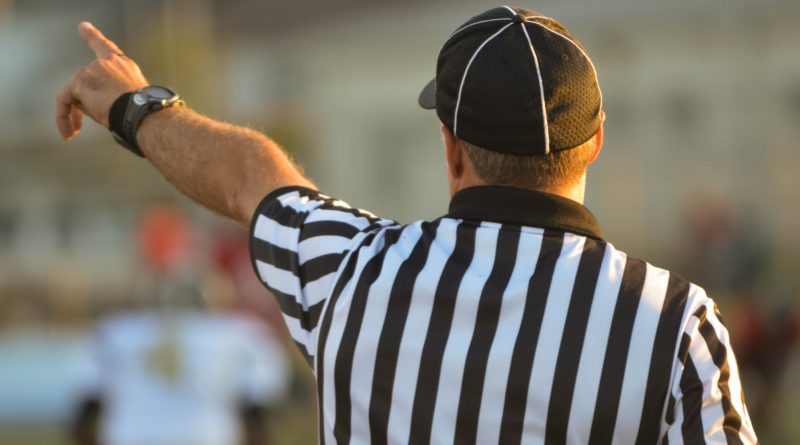 It’s 45 straight wins for the Spartans, but they now face a very difficult test next week on the road at Tulsa Booker T. Washington.

Jaiden Carroll scored the first four touchdowns for the Trojans, three rushing and the last one on a pick-six, as Jenks wrapped up the 6AI-1 district title and top playoff seed.

Union scored touchdowns on each of its first six drives, three of those coming from Junior Smith, in clinching the 6AI-2 district championship.

Quarterback Steele Wasel was 12-of-17 passing for 294 yards and threw seven touchdown passes in the Yellowjackets’ win.

Can the Hornets be the one that slows down the Bixby juggernaut next week? BTW quarterback Lathan Boone will come in on a roll, having passed for 331 yards and seven touchdowns in Friday’s win.

The Tigers keep on rolling in 4A, and can wrap up a perfect regular season with a win at home next week against Blanchard.

The Dutch saw their 20-game win streak snapped, as the Cardinals made things interesting in 3A-4, with both teams now with identical 5-1 records and Verdigris owning the tiebreaker.

The Buffaloes kept rolling as junior tailback Erik McCarty rushed for 111 yards on 16 carries and four TDs, caught three passes for 81 yards and a TD and even blocked a punt on special teams.

The Bulldogs wrap up the regular season with a home game next Friday against Stigler.

Owasso bounced back from last week’s home loss to Mustang as quarterback Mason Willingham completed 12-of-13 passes for 255 yards along with three TDs.

The Eagles capped a strong season by clinching the top playoff seed from 6AII-1 with a convincing win on Thursday.

Stillwater’s hopes of getting the top playoff seed from 6AII-1 were extinguished with Del City’s win, but the Pioneers locked up the No. 2 seed and will host a first-round home playoff.

Maurion Horn rushed for 176 yards on 30 carries and had three touchdowns for the surging Tigers, who clinched a first-round home playoff by virtue of getting the No. 2 seed from 6AI-1.

Friday’s home win gave the Chargers command in District 3A-1.

It was all Cardinals in this 5A-4 showdown, as quarterback Andrew Carney had three rushing TDs and a passing TD, while tailback Brayden Gilkey also had three TD runs.

The Highlanders are now in sole possession of the 5A-1 lead thanks to Ardmore’s loss to Noble. But Lawton Mac has to assure itself of the outright district title and No. 1 seed by beating Ardmore next week.

With the win, the Tigers earned the No. 2 playoff seed out of 5A-3 behind McAlester, which handed Coweta its only defeat.

The Wolves likely solidified the No. 3 playoff seed from 6AI-1 with Friday’s win against an improving Enid squad.

The Warriors, the 2A-3 leaders, go for an undefeated regular season next week with a game at Christian Heritage.

With the win Friday, the Antlers will receive the No. 3 playoff seed out of 6AII-1.

A much-anticipated matchup next week with Lawton MacArthur took a slight hit with the Tigers falling on their home field on Friday.

No letdown for the Broncos after their signature win at Owasso the week before, as Mustang closes in on the No. 2 playoff seed from 6AI-2.

The Sandites broke a three-game losing streak and gained a much-needed confidence boost going into their regular season finale next week.

In a bizarre finish, the Ridgerunners took an intentional safety on the game’s final play, but still holds the No. 1 playoff seed from 4A-4 by virtue of points provided they beat Miami next week and Bristow beats Oologah.

Now, the Demons can shift their focus on to Victory Christian, with the two teams meeting next week in Tulsa for the 2A-7 title.