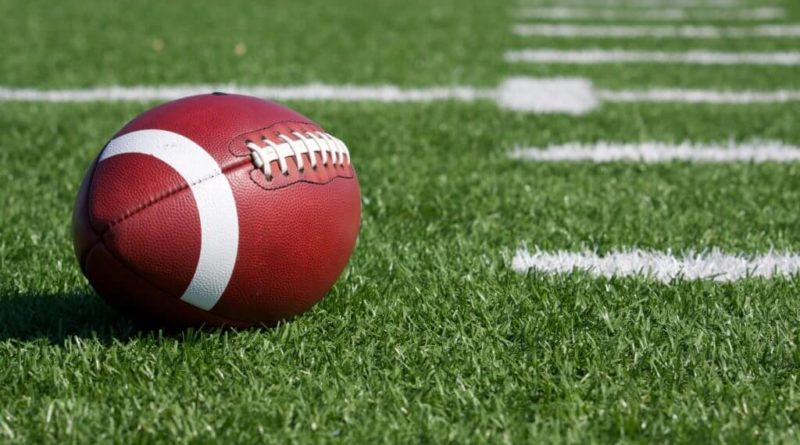 Those districts, as well as the other two 6A districts, still have teams attempting to position itself into high playoff seeds. This week, the postseason picture in both 6AI and 6AII could become a bit more clear.

Here are the Top 10 high school football games to watch in Oklahoma for this week.

It’s highly likely the winner of this game Friday will finish second in 6AI-1 behind Jenks and secure an opening-round home playoff game.

As for the losing team, they would quite possibly land the No. 3 playoff seed from the district and be forced to travel in the opening round of postseason play.

Santa Fe (4-3, 3-1) is attempting to bounce back from last week’s loss to Jenks, which broke the Wolves’ four-game losing streak. As for the Tigers (4-3, 3-1), they have righted the ship following a loss to Jenks on Oct. 1, winning back-to-back games while heavily relying on their running game.

But the matchup to watch Friday could be at the receiver position.

The Wolves boast Talyn Shettron, an Oklahoma State commit, who has caught 49 passes for 669 yards and seven touchdowns. Broken Arrow counters with Oklahoma commit RJ Spears-Jennings, who has 315 yards receiving and four TDs. It will also be intriguing if BA’s coaches line up Spears-Jennings at cornerback opposite Shettron.

With a win Friday, the Yellowjackets would likely finish with the No. 2 playoff seed out of 6AII-2 behind Bixby, especially with a win against Booker T. Washington under their belt as well.

Choctaw (5-2, 3-1) bounced back from its loss two weeks ago to Bixby with a solid win at Muskogee, helped in large part by a 207-yard rushing performance from La’Trell Ray. Yellowjacket quarterback Steele Wasel, a junior, has had a solid season so far, throwing for more than 1,120 yards and 16 touchdowns.

Sand Springs (5-2, 2-2) is attempting to snap a two-game losing skid, falling to powers BTW and Bixby. The Sandites’ quarterback, senior Ty Pennington, has thrown for more than 1,500 yards and 17 TDs while adding nearly 350 yards on the ground and six TDs.

Owasso coach Bill Blankenship is no stranger to going up against members of his own family.

It’s also an important game for both the Rams and the Broncos, with second place on the line in 6AI-2, with the winner still having an outside chance to catch Tulsa Union for the district lead, though Union already has beaten both Owasso and Mustang.

Owasso has owned the all-time series with the Broncos, winning the previous nine games, including a 43-14 decision last year as current Ram quarterback Austin Havens accounted for five touchdowns.

With a win Friday, Union can move closer to clinching the outright 6AI-2 championship.

Union (6-1 overall), is a perfect 4-0 in district play and has gotten contributions from several skill players on offense during its run, including quarterback Rovaughn Banks and tailback Junior Smith, who has rushed for nearly 640 yards and five TDs.

The Timberwolves (5-2, 2-2) see Friday’s home game as a chance to move up in the district pecking order. At the moment, North is tied for fourth with Moore, a game back of second-place Owasso and Mustang, and the Timberwolves took the head-to-head matchup with Moore.

The Tigers are down following last week’s loss to McAlester, but Coweta is certainly not out of title contention in 5A-3.

Coweta (6-1, 3-1) can win its remaining three games, starting Friday with Shawnee, while needing Shawnee to beat McAlester next week, to still have a chance at the district’s top playoff seed should it come down to a three-way tie.

While Coweta and McAlester have received the lion’s share of attention in 5A-3, Shawnee (4-3, 4-0) can make a final statement these next two weeks, as the Wolves host both the Tigers this week and McAlester next week.

The Tigers won last season’s game with the Wolves, 34-7.

Collinsville and Pryor currently share first place with 4-0 records. Tahlequah (5-2, 3-1) is one game back while Glenpool (4-3, 2-2) is tied for fourth with Sapulpa.

The Tigers are coming off a come-from-behind 21-14 win at Claremore, the second straight week Tahlequah rallied in the second half for a win.

In the Tigers’ latest comeback win, senior quarterback Tyler Joice, who threw an 11-yard TD pass with less than seven minutes left for the go-ahead score, finished with 179 yards and two TDs while adding 68 yards rushing on 15 carries.

Glenpool has lost to both Pryor and Collinsville, the latter a 49-14 loss to the Cardinals last week. Along with Friday’s road game, the Warriors also go to Sapulpa on Nov. 5, so they would need to pass both road tests in order to likely end up with the No. 3 playoff seed.

Pryor is on a potential collision course with Collinsville, with the current 5A-4 co-leaders set to meet next week in Collinsville.

The Chieftains (4-3, 2-2) can enhance their playoff status even more with a win Friday. Last week, they broke a two-game losing streak with a resounding 56-0 win against Tulsa Hale, rushing for 236 yards, including a 139-yard performance from Marco Smith, who had five carries but three going for touchdowns.

It’s a three-team race for the 4A-4 district title, with Fort Gibson, Broken Bow and Poteau all fighting for first place.

And the best part is that all three teams have yet to face one another. However, the first big game takes place this Friday down in McCurtain County.

The Tigers (6-1, 4-0) come in averaging nearly 46 points a game behind standouts such as junior quarterback Cole Mahaney, who has passed for 1,073 yards and 15 TDs while rushing for 386 yards and six TDs, including a 209-yard two-TD performance in last week’s win against Sallisaw.

In contrast, Broken Bow (6-1, 4-0) will rely heavily on its defense. The Savages have allowed 84 points all season and have recorded four shutouts, including two in their last two games.

Next week, Poteau – which plays at home Friday against Muldrow – travels to Fort Gibson while Broken Bow goes to Poteau on Nov. 5.

Another 4A district that will have a clearer playoff picture will be in 4A-2.

Currently, Tuttle and Blanchard share first place with 4-0 records, while Cushing and Harrah each stand a game back at 3-1.

With a win at Cushing on Friday, Blanchard can set itself up nicely for a Week 10 showdown at Tuttle. The Lions have reeled off six straight wins following an opening-game loss to Noble.

As for Cushing (6-1, 3-1), which suffered its only loss to Tuttle, it can make a case to get at least the No. 2 playoff seed and an opening-round home playoff by knocking off Blanchard.

Three teams remain perfect in both District A-1 and overall, with 7-0 Fairview and Hooker, along with 6-0 Mooreland.

Friday night, separation for the A-1 title begins with two of those unbeatens squaring off.

Fairview, which has combined to win five games over the past two seasons, is in the midst of a stirring turnaround. The Yellowjackets have scored 294 points this season while holding foes to 75. Last week, they posted a 47-13 win against Texhoma.

With a win Friday, Mooreland can match its win total each of the past two seasons. The Bearcats have had a few close calls this season, winning four of their games by eight points or less, including 28-26 last week at Merritt.

Next week, Mooreland goes to Hooker while Fairview takes on Hooker in Week 10.