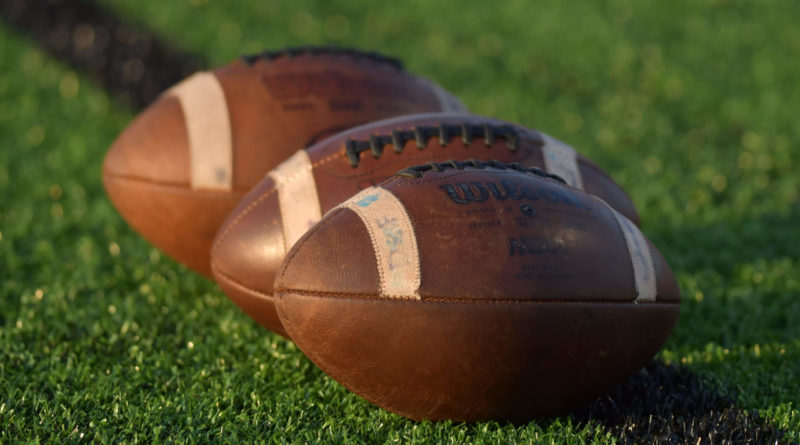 A rematch of last season’s 6AI state championship game is on tap this week.

Yet, even that game might not be the most-anticipated game going on in the state. That honor instead could go to a tantalizing Class 5A matchup between two undefeated squads.

Here are the Top 10 games to watch in Oklahoma for this week, with the vast majority of games being played Thursday night because of the fall break.

Two teams with a high chance of claiming the gold ball in 5A meet up Thursday in Coweta.

At the moment, the game is still a go after a tornado went through Coweta late Sunday, with Coweta High School sustaining minimal damage. There were no injuries reported.

As for the game, both the Buffaloes and Tigers own perfect records at 6-0, and both teams are also 3-0 in 5A-3. The winner of this game isn’t necessarily going to be in sole possession of the district lead, as Shawnee also sports a 3-0 record in district play.

Both McAlester and Coweta have split the last four games played against one another, and Thursday’s game could bring another thrilling finish in that span. Three years ago, the Buffaloes edged the Tigers, 28-27, and last season, the Tigers prevailed, 20-17.

The Buffaloes and Tigers each boast senior quarterbacks with impressive seasons. McAlester’s Trent Boatright has thrown for 806 yards and nine touchdowns, while the Tigers’ Gage Hamm has 962 yards passing and 15 touchdowns.

There are also other solid playmakers for both teams, including McAlester running backs Erik McCarty and Dakota Moton, Coweta tailback Will Mason and teammate Mason Ford, a receiver.

A pair of streaking teams match up Thursday night at Edmond in a rematch of last season’s 6AI championship game, a game the Trojans won handily.

The Trojans have won four-straight games since a Sept. 3 loss to Bixby. Likewise, the Wolves come into the game having won four straight since starting their season with back-to-back losses. Both Jenks and Santa Fe come in with identical 3-0 records in 6AI-1 play.

Last week, the Trojans’ dynamic rushing duo of Jaiden Carroll and Jalyn Stanford combined to rush for 292 yards in a win against Norman. The previous week, they combined for 202 yards on the ground in a win at Broken Arrow.

Santa Fe brings in dynamic receiver and Oklahoma State commit Talyn Shettron, who has 558 yards receiving and six TDs. The Wolves have also been fueled by the presence of freshman tailback Demarius Robinson, who already has more than 800 yards rushing and 10 TDs.

For the second-straight week, the Bulldogs hit the road to take on a 6-0 squad. Last week, they took care of business against then 6-0 Westville, 56-14.

Thursday, the Bulldogs go to Seminole in an attempt to hand another 6-0 team its first loss while taking control of the District 3A-3 race.

Lincoln Christian is paced by senior quarterback Max Brown, who has thrown for 1,584 yards and 25 touchdowns while throwing only one interception. He also has 731 yards rushing and 10 TDs.

Seminole, which survived Checotah last week 39-35, has already topped its win total from the past two seasons. The Chieftains won five games in both the 2019 and 2020 campaigns.

The Spartans easily aced their big exam at Choctaw, rolling to a 70-7 win. As for the Sandites, they came up a few points short in a home loss to Tulsa Booker T. Washington.

But Sand Springs (5-1, 2-1 6AII-2) has another big chance on Thursday to take down a highly ranked opponent as the Sandites continue a rugged stretch of games. Next week, they take on Choctaw.

Bixby (6-0, 3-0), on the other hand, is riding a 42-game winning streak and is now six wins away from tying the 11-man state record, set by Wagoner several years ago.

Both Sand Springs quarterback Ty Pennington and Bixby signal-caller Christian Burke are closing in on 1,500 yards for the season. Pennington has 1,437 yards and 15 TDs, while Burke has thrown for 1,409 yards and 18 TDs.

A pivotal District 3A-4 game takes place in Berryhill on Thursday, as the Chiefs welcome in the undefeated Dutch.

Berryhill counters with the play of senior quarterback Jaxon Watie, who has thrown for 1,059 yards to go with 11 TDs. The Chiefs (5-1, 3-0), whose only loss was to Class 4A Cushing, have held their district opponents to a total of 17 points, including a 38-0 shutout at Jay last week.

A crosstown Tulsa clash between private school powerhouses Thursday is also an important 2A-7 contest.

The Patriots (4-2, 2-1) come into the game seeking to rebound from last week’s tough 24-22 home loss to Beggs. Metro turned the ball over four times in the defeat, with Beggs converting three of those into touchdowns.

As for Victory Christian, the Conquerors (4-2, 3-0) share the 2A-7 lead with Beggs, with those two teams set to play in the regular season finale on Nov. 5. The Conquerors have scored at least 50 points in all three district games, including an even 50 in last week’s 50-6 win against Haskell.

Metro Christian has won three of the past four games in the series with Victory, including a 49-21 win last season.

Two of the three teams sharing first place in 2A-1 with 3-0 records meet Thursday in Edmond.

The Saints (6-0, 3-0) have averaged exactly 33 points in their six-game winning streak to start the season. But in 2A-1 play, they are averaging right at 49 points, scoring that exact total last week in beating Newkirk, 49-8.

Luther (3-3, 3-0) has also heated things up in district play after dropping all three non-district games. The Lions have scored 47 points or more in all three 2A-1 games, including a 47-15 win last week against Alva.

One of Luther’s big tasks is trying to stop OCS two-way standout Collin Matteson, a receiver and safety who has recently committed to play at Army. Matteson has caught 16 passes for 257 yards and four TDs while adding five rushing TDs. In last week’s win, he had 193 yards of total offense and three TDs.

OCS is at home again next week to take on Perry, which is the other team that stands at 3-0 in the district.

The Red Devils bring a high-powered offense to the table, averaging 49.8 points this season, with 68 their highest point total in a single game. They are coming off a 40-0 win at home against Kellyville.

As for Crossings Christian (4-2, 2-1), the Knights are coming off a huge win, defeating league favorite Jones, 38-29. The Knights had trailed, 29-28, with more than a minute to play but drove downfield to set up a go-ahead field goal from Matthew Jolliff with six seconds left.

Crossings Christian then recovered a fumbled Jones lateral in the end zone on the kickoff as time expired.

The Highlanders will take their perfect record to Noble on Friday in a matchup between two teams among the leaders in 5A-1, with Ardmore also in first place.

Lawton Mac (6-0, 3-0) has been averaging just under 44 points a game and have won all three district games handily, including 61-13 last week against Oklahoma City Southeast. The Highlanders also bring in one of the top running backs in the state in Isaiah Gray, who rushed for 174 yards on just 14 carries and three TDs in last week’s win.

The Bears (5-1, 3-0), whose only loss was to 6A Midwest City, have posted similar offensive numbers, averaging just more than 42 points themselves. They scored exactly 42 last week, beating Altus 42-7, as quarterback Colin Fisher passed for 313 yards and six touchdowns.

A week after seeing their perfect season halted, the Lions return home attempting to take down Union.

Union (5-1, 3-0 6AI-2) has gotten on track since a shutout loss at home to Jenks. Union upended Owasso in overtime in the district opener then posted back-to-back double-digit wins; the latest a 48-10 win against Mustang by racking up 406 yards of offense while scoring touchdowns via rushing, receiving, an interception return and a punt return.

The Lions (5-1, 2-1) were defeated last week at Norman North, 29-6, getting on the scoreboard by scoring a touchdown on the game’s final play. They were held to 272 total yards by the Timberwolves.

Moore is also attempting to beat Union for the first time in nine tries.