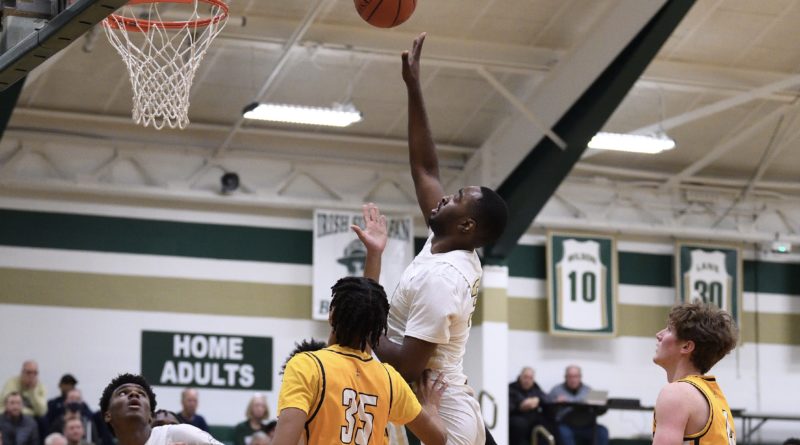 Over the past few weeks, we’ve been taking a position-by-position look at some of the top players in Ohio high school boys basketball.

Our first list focused on the shooting guards, next were the point guards, and then the small forwards and power forwards. Now we finish it up with the centers.

There are hundreds of standout boys basketball players in Ohio, and these lists are not intended to be comprehensive! Use the comments section to discuss the other centers worthy of fans’ attention in 2021-22.

Can be an elite defender on the inside with his length as well as an elite rebounder. He can be a dominant presence in the paint on the offensive end and showed that with a 20-point, 15-rebound performance early this season against Linden-McKinley.

A young all-around center who is still developing his game, he is already one of the better post players in the state. He can do everything from the post, including score, pass and rebound. He can also shoot from the perimeter. Will only get better and more intimidating as he gets more time at the varsity level.

Averaged 9.9 points, 8.7 rebounds and 1.5 blocked shots last season. He spreads the floor because he can post up down low and shoot the outside shot, which him a tough assignment for defenders.

He can play either post position. A strong scorer in the paint as well as one of the best rebounders in the state of Ohio. Uses his physical play to fight off defenders. He has committed to play at Ohio Dominican University.

A force in the middle with his size and physicality, he is an elite rebounder and defender who can protect the rim. Offensively, he can shoot from the perimeter or the mid-range and is a great finisher around the rim. His toughness and strength allow him to finish through contact. He can play either post position.

A dominant post player in Division IV, Maiden transferred from Benedictine this season. He scored 16 points and grabbed 10 rebounds per game last year with the Bengals, and he’s made an already-dominant Richmond Heights squad even better this year.

A third-team All-Ohio selection as a junior, McLaughlin plays with a high motor and treats every second on the floor like a player who is trying to earn varsity time as a freshman. He averaged a double-double last year with 17.1 points and 10.5 rebounds per game. He also averaged 2.7 assists, 2.0 blocks and 1.9 steals.

Honorable mention All-Ohio selection last season when he averaged 19.5 points per game. An elite scorer around the basket who can finish at the hoop or shoot from anywhere in the paint. A good passer for a post player. He is a great rebounder who grabbed 18 in the season opener this year.

Averaged 15.1 points and 7.3 rebounds per game last season as a sophomore and earned second-team all-league honors. He has offers from multiple colleges, including Ohio State, Cincinnati, Illinois, Indiana and West Virginia.

He averaged 11.1 points, 8.9 rebounds and 5.8 blocks per game last season. Has made his name on rebounding and defense but has also become a better scorer as he put up 24 points in a win over Thurgood Marshall early this season.

A strong and intimidating presence in the paint, he can score easily in the post with his big body by just being more physical than his defender. Was a first-team all-district player in football this past season, as he plays offensive and defensive line.

A University of Toledo signee, he is a great rebounder and finisher around the basket. His left-handed shot in the post makes him a difficult guard for most players. He has also improved his shooting range to include the mid-range. He is a big presence in the paint on both ends of the floor.

He did not play much varsity at all last year, but the Explorers expect big things from Steel this year after a successful spring and summer with club teams. He is a versatile big who can play inside or outside on offense and can also guard on the perimeter or in the paint.

Stratford played spot minutes for the Division II state champions last season but has progressed nicely this season. He is a true center and led the Fighting Irish with seven rebounds against Sierra Canyon in the Chosen 1’s Invitational at Staples Center this season. He has good vision from the paint and the ability to make the pass to an open teammate. He is also the center of the STVM press-break offense. He already has an offer from Appalachian State.

Entering his second season at Hamilton after leaving Maryknoll in Hawaii, he averaged 9.8 points, 3.8 rebounds and 2.8 blocks per game last season in 14 games. As a sophomore, he was the defensive player of the year in Hawaii. He has signed with the University of Cincinnati.

He can play both the C and PF positions and is a great passer from the post. Very skilled offensively in the post with good footwork and soft hands. He can be a dominant force on the defensive end of the floor at his size.

Last season’s conference player of the year, he averaged 18.9 points and 8.5 rebounds per game. Extremely versatile, he can score with his back to the basket or put it on the floor and get to the rim. He is also shooting it much better this year.

An athletic post player, he returns to Lincoln for his senior year after playing at St. Charles for the last two seasons following his freshman year at Lincoln. A little undersized in the post, but is still a good rebounder. He is a left-handed shooter.

A unique player who held offers from Power 5 schools in basketball and football, he has committed to play basketball at Rutgers. His skill as a tight end in football gives him the hands to make difficult catches in the paint and also the physicality to dominate in the post on offense and defense.

A very skilled big who is a solid athlete and very fluid in his movements. He is a really good shooter from the outside. His best talent might be his basketball IQ along with his passing. He sees the floor really well, and the Wildcats can run any offense through him as a point center. Averaged eight points and five rebounds per game last season.