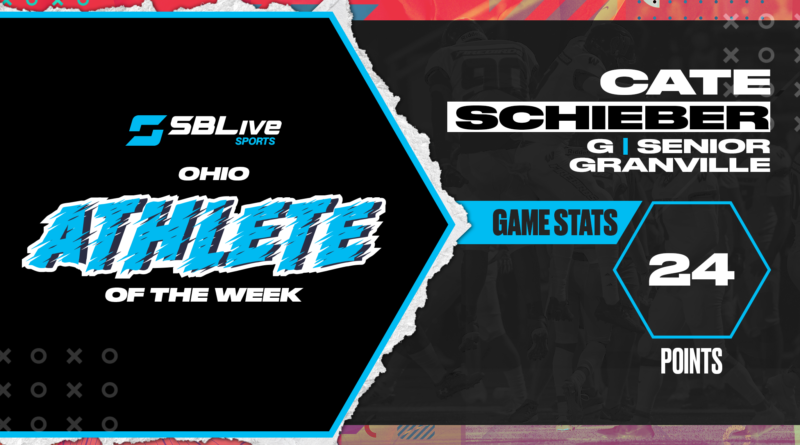 The senior helped the Blue Aces overcome a 14-point deficit with a game-high 24 points and scored her 1,000th career point in the second half of a 42-37 victory against Hilliard Davidson.

Schieber ran away with this week’s honor, receiving 79.17% of the total vote.

Bonar led the Reds with 15 points in a 53-42 road win against Shadyside.

Cass led the Golden Knights with a career-high 22 points in a win over Loudonville.

Ellington had a school-record 45 points as Westlake routed Oberlin 101-65.

The freshman had 29 points to lead the Trojans to a 61-56 victory over Danville.

McDonald had 29 points against Grandview Heights, recording her fourth 20+ point game of the season

Parker had the final goal in the third period to beat Olmsted Falls 3-2.

The senior hit a three-pointer at the buzzer to push the Bruins past Garfield Heights 55-54.

Stoller had a goal in a 2-1 win over Dublin Jerome.

The senior took first place on beam and placed second on vault and all-around.

Tahsler bowled a 718 series and finished as Westlake Demons Classic Tournament MVP to help his team to the tournament championship.