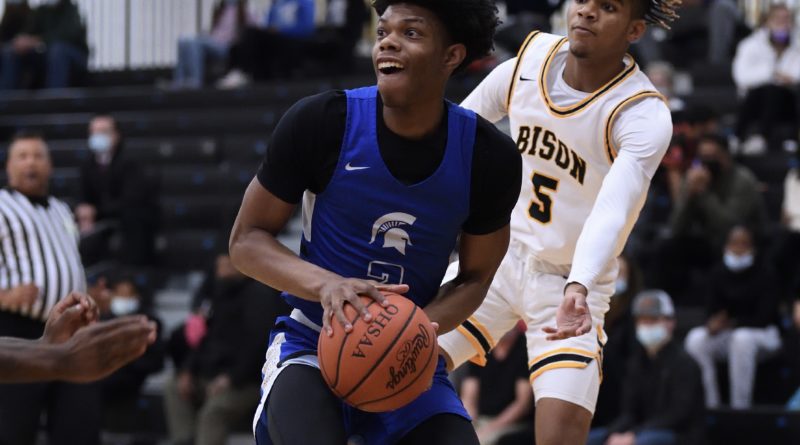 Over the next few weeks, we’ll be taking a position-by-position look at some of the top players in Ohio high school boys basketball.

Our first list focused on the shooting guards, next were the point guards, and now it’s the small forwards’ turn.

There are hundreds of standout boys basketball players in Ohio, and these lists are not intended to be comprehensive! Use the comments section to discuss the other small forwards worthy of fans’ attention in 2021-22.

Returned to Brush this season after a year at Ypsilanti Prep. He is a good shooter from the outside who has gotten better at taking the ball to the basket. He already holds offers from multiple Division I colleges.

A threat in the mid-range game, he has the ability to get to his spot and get his shot off. His size allows him to get around bigger players and shoot over smaller players. He can play multiple positions. To start his senior season, he dropped 30 points against Big Walnut.

One of the better shooters in the state, he hit 51 3-pointers and averaged 14.3 points last year. Also added 5 rebounds per game. He can shoot the ball from distance and doesn’t need to be the leading scorer each night because Richmond Heights is a depp team who looks to make a return to the state semifinals.

He can shoot or drive but is more natural taking the ball to the basket. He has good ball skills on the wing and can take his guy off the dribble. He is willing to get into the paint and rebound the ball as well.

A versatile forward who can score in the paint or from behind the arc. Last year he averaged 12.4 points per game and knocked down 41.9% of this 3-point attempts.

An elite shooter, he averaged 11 points per game last season with a season-high of 23 at Dublin Coffman. He is also a very good on-ball defender.

A versatile forward who can shoot the 3 or drive to the basket as a strong finisher. He plays physical on defense and is willing to mix it up in the paint to grab rebounds. He has committed to play at Walsh University.

Started all 26 games last season and has tremendous upside. Has good length and the versatility to shoot the ball from 3, score around the basket and guard multiple positions. He is committed to Missouri State.

A pure athletic wing, he can explode to the basket and has top-level ability as a finisher at the rim. He has worked on his shooting touch and now can be seen as a scoring threat on multiple levels. His athleticism allows him to guard multiple positions. He has drawn interest from a number of top Division I colleges.

He averaged 14.6 points, 7.4 rebounds and 2.9 assists per game last season and this year will have the ball in his hands more, which will allow him to show off his passing ability.

He averaged 18.3 points, 12.7 rebounds and 4.2 assists last season. He can do anything on the offensive end and is good at creating the offense from the wing. He is an athletic defender who can guard multiple positions.

A versatile player who will play all five spots this season, Perry averaged 10.1 points and 4.5 rebounds per game as a junior. He started his senior campaign with a 22-point performance against Dayton Dunbar. He holds official offers from multiple schools.

Averaged 17 points and seven rebounds per game last year, and he can score from all three levels. Helped lead the team to a 20-2 record last year and was named first-team all-league.

Earned first-team All-Ohio, All-Southwest Ohio Player of the year and Conference Player of the Year awards last season by averaging 24 points and six rebounds per game. Has elite athleticism, and his coach believes he will be the best player on the floor most nights.

Back after missing the final six games with wrist injury last year, Schuler is a versatile, long and skilled wing who has great floor vision, a high basketball IQ and the ability to score efficiently at all three levels. His versatility allows him to guard positions 1-4.

A pure scorer who can play either wing spot, he led the conference in scoring at 22.5 points per game as a freshman. He can shoot from the perimeter or take the ball to the basket off the dribble.

A physical safety on the football field, Styles plays with the same physicality in basketball, which allows him to be a tough defender and rebounder. Offensively he’s a strong finisher at the rim. He has signed to play football at Ohio State and has reclassified to the class of 2022 to graduate in May and enroll at Ohio State in June.

A second-team All-Ohio selection last season after averaging 18.9 points per game. He is a pure scorer who can get his shot off quickly or shoot off the dribble. He has committed to Ashland University.

A good shooter from the outside, he made 40% of his 3s last season and averaged 21.9 points per game. His ability to shoot from the perimeter sets up the rest of his game, as he is a strong finisher and can score through contact. He was a first-team All-Ohio selection last season in Division IV.

Transferred to Whitehall after playing at Cincinnati Oak Hills. He is an athletic rim attacker with a high basketball IQ who is still adding a perimeter skill to his game.