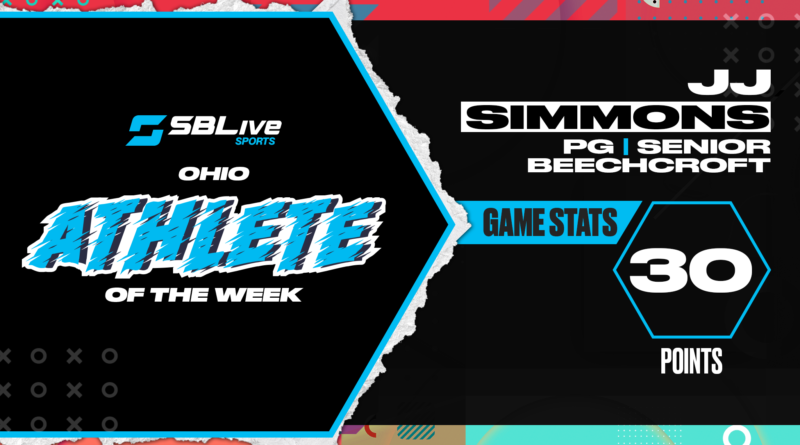 The senior had 30 points as the Cougars defeated Columbus International, improving to a 3-1 overall record.

Simmons received 48.88% of the vote, beating out New Hope Christian’s Maren McCallister who finished second with 19.14%. Delaware Hayes’ Chloe Jeffers finished third with 12.86% and Delaware Hayes’ Jesse Burris finished fourth with 12.41%. There were over 20,000 votes tallied this week!

The sophomore had 29 points in a dominant win vs. Worthington Kilbourne and had 16 points in Delaware’s 46-44 win vs. Marysville.

The freshman netted his first varsity goal to bring the final score to 4-2 vs. Olentangy Berlin.

The senior had 26 points in Canal’s road win over Dubin Scioto, marking his second 25-plus-point game of the season.

Recorded her fourth 25-plus-point game of the season, pouring in 27 points vs. Westerville North.

Laurich buried a buzzer-beater from the 3-point line in overtime and had 22 points overall to push past Aurora 46-45.

The West Virginia commit scored a game-high 20 points to lead a 55-30 rout over Penn-Trafford and had 16 points in a 65-36 blowout win over Newark.

Sanders had 22 points to pace Glenville to a huge win over John Hay 74-41.

The junior went 4-0 over the weekend at the Hawken HIT Tournament. Thompson won a nail-biter in an overtime match to qualify for the finals and then beat his final opponent in the first period via pin.

The junior scored a season-high 30 points to reach 1,000 career points and take down Zanesville 76-54.