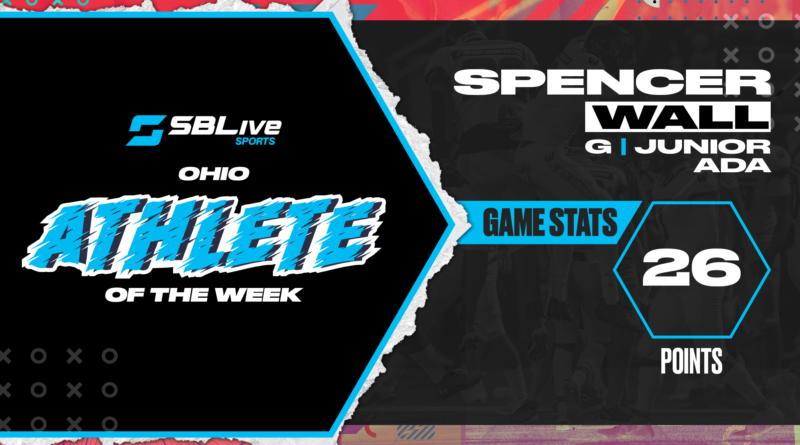 The junior standout had 26 points in Ada’s back-and-forth victory over Ridgemont 60-59.

Wall ran away with this week’s honor, receiving 89.43% of the total vote.

Brandt led his team with 39 points, but the Vikings came up just short in a 75-74 loss vs. Cardinal Stritch.

Enovitch carried 35 times for 180 yards and a touchdown to lead St. Edward to the Division I state championship game.

The senior running back had two touchdowns and an interception to send Versailles to the state championship game for the first time since 2004.

The senior running back ran for all five of Ursline’s touchdowns and finished with 259 yards (more than half of the Irish offensive total of 481 yards) on 30 carries.

Otte controlled the matchup primarily with his legs, scoring four rushing touchdowns and another passing.

Perry, an Ohio State signee, scored 24 points in a 76-50 win over Westerville South.

Smoot finished 19-for-24 for 285 yards with one touchdown and rushed for another 114 yards and a score vs. Archbishop Moeller.

The junior running back rushed for 270 yards and the game-winning touchdown to edge Avon 31-24.

Spikes ran for 128 yards including a 75-yard kickoff return and had two touchdowns to lead the Warriors to the Division II state final.

Sullivan had a career-high performance on the ground, with 15 carries for 173 yards and two touchdowns as the Hornets defeated Ottawa-Glandorf 28-6.

The senior running back had three rushing touchdowns to lead Carey to a 26-13 win over New Middletown Springfield.

Walsh rushed for 226 yards on 43 carries and scored both of Badin’s touchdowns vs. Granville.