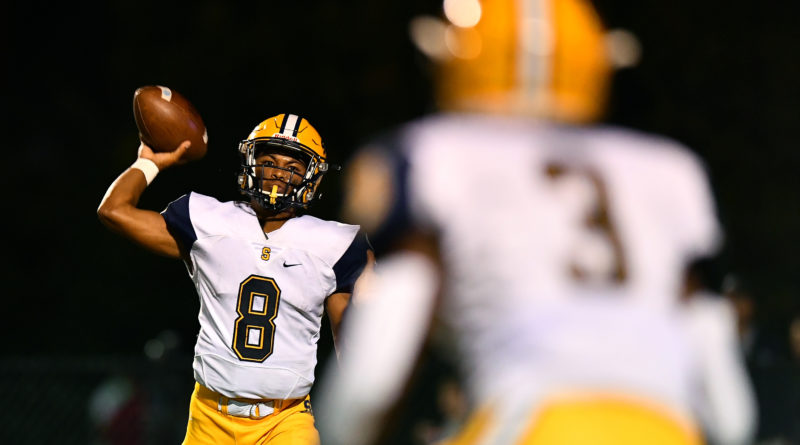 Springfield is going to Canton and will get a shot at football state championship for the first time in program history.

The Wildcats’ defense has reigned all season, and they did it again with help from special teams.

After back-to-back sacks, Springfield blocked an Archbishop Moeller punt with just over two minutes remaining to secure a 22-21 win.

Moeller answered with a 1-yard Jordan Marshall run early in the second quarter to make it 7-7, but Springfield kicker answered right back with a Cole Yost field goal to make it 10-7 Wildcats at halftime.

Moeller took advantage of a Springfield fumble to start the second half, as Marshall added his second touchdown, this time from 2 yards out to make it 14-10 Crusaders.

Smoot came right back with a 4-yard touchdown run with just over eight minutes left in the game to give Springfield the lead back at 16-14 after the PAT failed.

Springfield receiver Anthony Brown scored on a 7-yard run for what proved to be the decisive touchdown.

Springfield will face St. Edward next Friday for the Division I state championship.