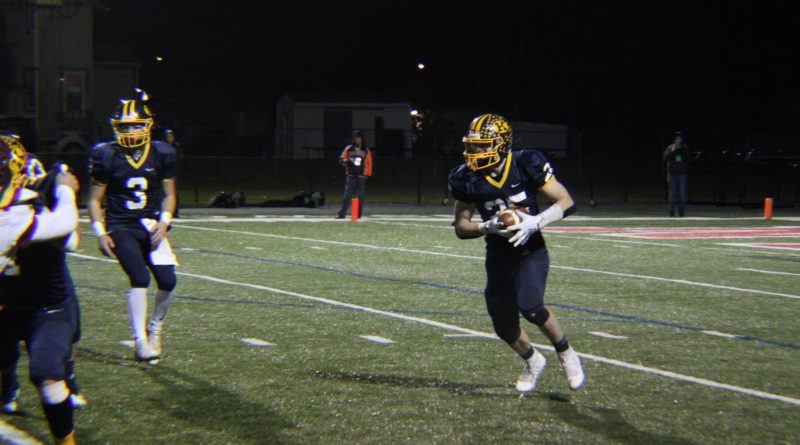 Here are some stars from Saturday night’s regional final playoff games across Ohio.

Pictured above are Mason Rus and Ramon Lescano (photo by Lowell Spencer), who led Kirtland to its fifth straight state semifinal.

Rus led the Hornets’ methodical run game with 117 yards on 30 carries and two touchdowns in a 38-15 win over South Range.

Lescano had 93 yards on 15 carries and completed 4 of 5 passes for 69 yards and a touchdown.

Vallejo led Carey’s bruising run game with 17 carries for 129 yards and a touchdown in a 31-7 win over Liberty Center.

Another week, another dominant performance from Brungard, who had 252 rushing yards and four touchdowns in Springfield’s win over Mogadore.

Dellinger threw three first-half touchdown passes to pace Coldwater to a 42-0 halftime lead and a running clock the rest of the way against Allen East.

Otte finished with 148 yards on 11 carries and two touchdowns and also had a 47-yard punt return in Marion Local’s 27-8 win over St. Henry.

Jennings had 189 yards on 31 carries with touchdown runs of 2 and 40 yards in Harvest Prep’s comeback win over Wheelersburg.