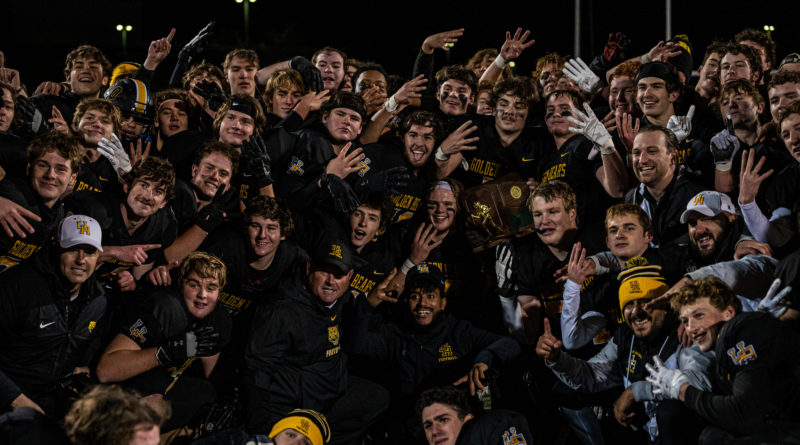 Entering the regional final, the game between Pickerington Central and Upper Arlington looked like a matchup of Power Five pedigree (Tigers) against a gritty bunch of scrappers (Golden Bears).

The Golden Bears’ grit prevailed Friday night, as they beat Pickerington Central 21-14 in a triple-overtime thriller that went deep into the night at Westerville Central.

Pickerington Central held Upper Arlington to just 235 yards of total offense, but the Golden Bears’ defense forced two turnovers and stopped the Tigers on a number of big third- and fourth-down plays.

Chris Mazzaferri had five catches for 81 yards and two touchdowns, including a 20-yard touchdown grab in the third overtime that proved to be the game-winner.

Upper Arlington, now 14-0, moves on to face St. Edward on Friday at a neutral site after winning its first regional title since taking the Division I state title in 2000.