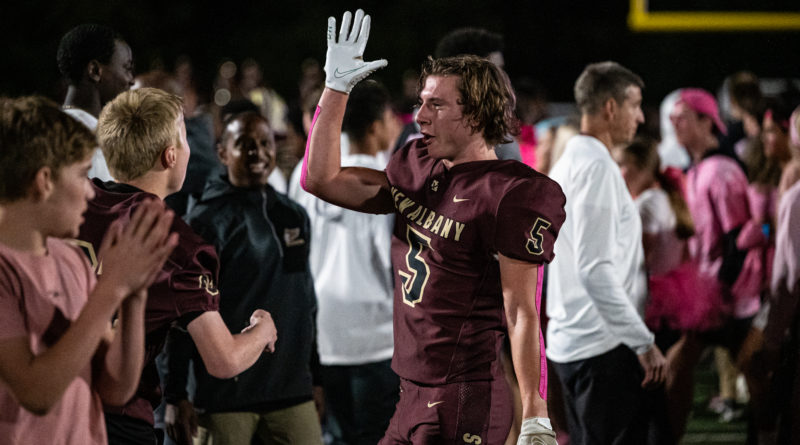 From Week 1 through Week 10, and from First Federal Lakewood Stadium just south of Lake Erie to Nippert Stadium just north of the Ohio River, SBLive Ohio shot photos and video of football games all over the state this season.

We went through the 2021 archives and picked our top 20 photos from the regular season, and now you can vote for your favorite in the poll below. A slideshow of the photos is at the bottom of the post.

TOP 20 PHOTOS FROM THE REGULAR SEASON

Week 3: St. Edward running back Danny Enovitch gets through the grasp of Mentor linebacker Collin Orosz. (Photo by Christian Harsa)

Week 4: Marysville running back Gabe Powers looks for a hole or somebody to hit — whichever comes first. (Photo by Gabe Haferman)

Week 6: Kettering Fairmont’s Soso Poe zeros in on the ball against Springfield during the Firebirds’ 17-0 loss. (Photo by Ben Jackson)

Week 8: Colerain’s MJ Flowers is determined to find running room, or to run somebody over, against Hamilton. (Photo by Ben Jackson)