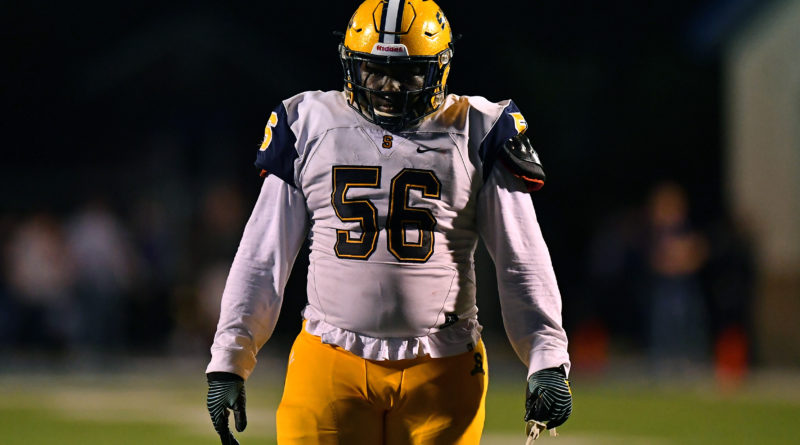 Every year, we see similar story lines in the regional finals in Ohio high school football.

We get a good number of games that are one-sided, and an overpowering team is just waiting to get out of its region to face some real competition.

However, more often we see loaded regions where the regional final acts as the de-facto state championship game. This year, there is a good share of both.

But for the benefit of our readers, we’re going to highlight the 10 games that should have the most excitement and biggest impact on the final two weeks of the playoffs.

TOP 10 OHIO FOOTBALL GAMES TO WATCH IN THE REGIONAL FINALS

Simply put, this is going to be the best defensive game in the playoffs regardless of the round or division. Four-star Ohio State commit Gabe Powers anchors a Marysville defense that has allowed an average of 7.2 points per game. On the other sideline, Springfield has six shutouts this season, including the last two rounds of the postseason. If they were to play first-to-10, we might be in Hilliard all night!

While Clinton-Massie and Van Wert are comfortably favored in their D-IV regional finals, the same cannot be said for the Bulldogs of Bloom-Carroll. St. Clairsville comes into this regional final having won 11 straight, hitting the half-century mark in five of those wins. However, Bloom-Carroll has had its own success on defense, allowing only one touchdown in the past five games.

Throughout the season, it looked like a lock that the eventual D-III state champion would come out of Region 9 in the northeastern quadrant. However, teams from all over the state have shown their might and increased their stock in the latter half of the season. Two of those teams are Badin and Bellbrook in Southwestern Ohio. Bellbrook has scored at least 35 every week since its Week 4 loss at Eaton, while Badin has won all 12 of its games by double digits. The biggest threat to another Region 9 state champion will come from this game.

This is not how the regional final was supposed to play out. Archbold was the strong favorite to win the state championship. But, starting in their way was an undefeated Columbus Grove team that they were going to run into in the regional semifinals. Instead, Liberty Center pulled off back-to-back upsets and is one more upset away from the state semifinals. In their way is the new favorite to win D-VI: the Carey Blue Devils, who will be looking for their first state title since 1975.

Last week, I proclaimed that Region 18 was anybody’s to win. O-G’s two-point win over Otsego showed how balanced that region was, while Elyria Catholic scored three touchdowns late to pull away from Elmwood in a 51-21 game that was much closer than the score suggests. Saturday’s regional final between the Panthers and Titans is sure to be a nail-biter for a spot in the state semifinals.

Take State Route 119 through corn fields across southern Mercer County for eight miles and you have the distance between two MAC powerhouses in Marion Local and St. Henry. This is a rematch of their Week 4 encounter in St. Henry, where the visiting Flyers won 20-7. So far, the two teams have rolled through the postseason, outscoring their opponents 227-15. Despite the prestige of St. Henry’s program, the Redskins have not beaten Marion Local since 2009.

If their Week 3 contest is any indication, this should be a hyper-competitive game from the kickoff to the final horn. Back in September, the two teams went to double overtime. The game ended when Walsh Jesuit went for two after a Jack Romanini touchdown run. Hoban sniffed out the trickery on the sideline to hold on for the win at home. Eleven weeks later, both teams have been on fire as they head deep into the postseason. This one should be even better than their meeting in September.

Fifty-three wins and counting. Kirtland has the longest active winning streak in the country, and up until last week it had been easy. During the regular season, the Hornets’ closest game was a 30-6 win at Perry. Last week they beat Garfield “only” 25-7, but South Range is the biggest threat to Kirtland since, well, South Range in the same regional final last season. The Hornets won despite giving up 35 for the first time in three seasons. If Kirtland’s streak ends this season, it will be here.

Let’s set the record straight right now. Whoever wins this game will be the favorite to win the state championship on the first weekend of December. We here at SBLIve have talked so much about the strengths of both teams that any further analysis would run the risk of repeating ourselves. The key for St. Edward will be limiting Medina quarterback Drew Allar’s attack like St. Ignatius did last week. If the Eagles can’t do this, their season ends Friday.

With all due respect to Massillon Washington, Hoban, Walsh Jesuit and Piqua, these are the two best teams in D-II. And this game in Sandusky should, for all intents and purposes, be the de-facto state championship. The Eagles and Fighting Irish had been trading places as the top D-II team in the SBLive Top 25 all season long, and It all comes to a head Friday. The Avon offense is the best that the TCC defense has seen since Week 1, when the Irish fell to St. Edward. The game will be decided on the other side of the ball, because if either team has questions, it’s TCC’s offense and Avon’s defense.