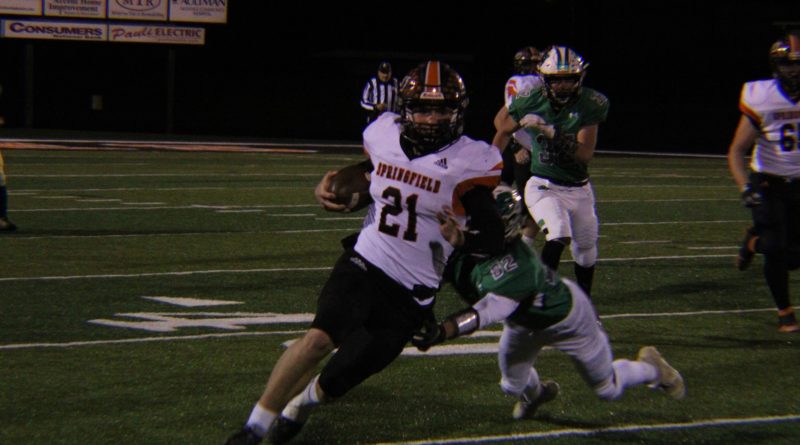 Here are some stars from Saturday night’s Round 3 playoff games across Ohio.

Roth hit the game-winning field for one of the biggest upsets thus far in the playoffs, as Liberty Center avenged a blowout loss earlier this season to Archbold with a 38-35 win.

Swords had two interceptions, including one the sealed Wheelersburg’s 17-14 win over top-seeded Ironton.

Cook threw for 209 yards and three touchdowns and and ran for another score in Elyria Catholic’s 51-21 win over Elmwood.

Brungard had 248 rushing yards with a touchdown, plus 6-of-10 passing for 69 yards and a score in New Middletown Springfield’s 30-13 win over Columbia Station.

Doran had four touchdown runs, including one for 92 yards, as Preble Shawnee knocked out Roger Bacon 35-28.

Strode had a 33-yard interception return for a touchdown and led a defense that held Barnesville to just 8 yards rushing in Fort Frye’s 42-7 win.