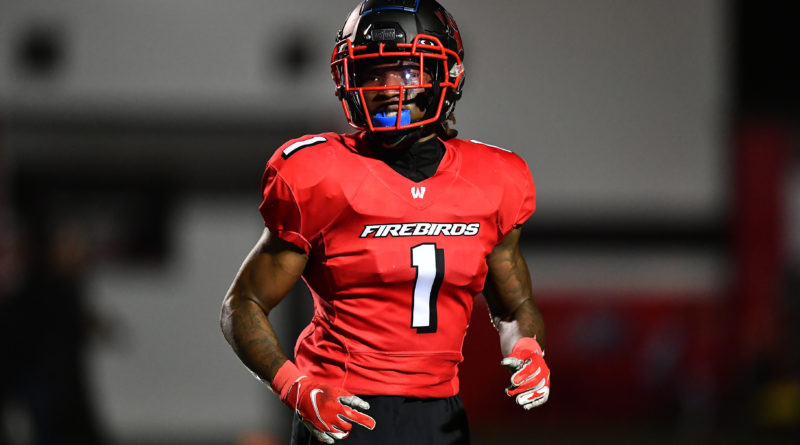 Last year in the regional final, St. Xavier edged Lakota West 10-7 on a last-minute touchdown, and in Week 1 this year the Bombers cruised to a 31-14 win over the Firebirds.

But on Friday night, Lakota West pitched an offensive shutout in a defensively dominant 12-2 win over St. Xavier, the defending Division I state champs.

“We created more turnovers and took care of the ball,” Lakota West coach Tom Bolden said. “At any level of football, you create turnovers the way we did — that is the big difference.”

Lakota West’s defense suffocated a previously dangerous, vertical St. Xavier offense. The Firebirds held the Bombers to 1 of 10 on third-down conversions and never even allowed them in the red zone.

And that one third-down conversion for St. X didn’t come until late in the second half.

Brown said he recognized the route and jumped on it.

“It ain’t sweet when you come on my side of the (field),” Brown said.

Throughout the game, each team traded three-and-outs, as Lakota West went just 2 of 14 on third-down conversions.

The workhorse effort of Firebirds running back Cameron Goode, who finished with 107 rushing yards and a touchdown, put the game away late for Lakota West, which had two Tyler Bohn field goals and that Goode TD compared with St. Xavier’s safety on a blocked punt.

“You can’t dance when you play a defense like St. X,” Goode said. “You have to go forward and be aggressive with them, or they will turn it around and become the aggressor with you. Once I kept pounding the ball, I broke through for 46 yards and went to finish that out afterwards (with a 4-yard TD run).”

“Our young guys came out and did some positive things, and I’m proud of them,” Specht said. “It’s just always disappointing knowing only one team is going to make it through to the next round, and I hope if anyone does it, Lakota West is the team to get it done.”

Charles Kellom had 24 carries for 121 yards for St. Xavier, and McCaughey finished with 74 yards on 12-of-25 passing with those three interceptions. Lakota West quarterback Mitch Bolden didn’t do much through the air (4-of-12 for 23 yards), but he rushed for 82 yards.

The Firebirds will play Archbishop Moeller in Mason next week for the regional championship and a spot in the Division I final four.