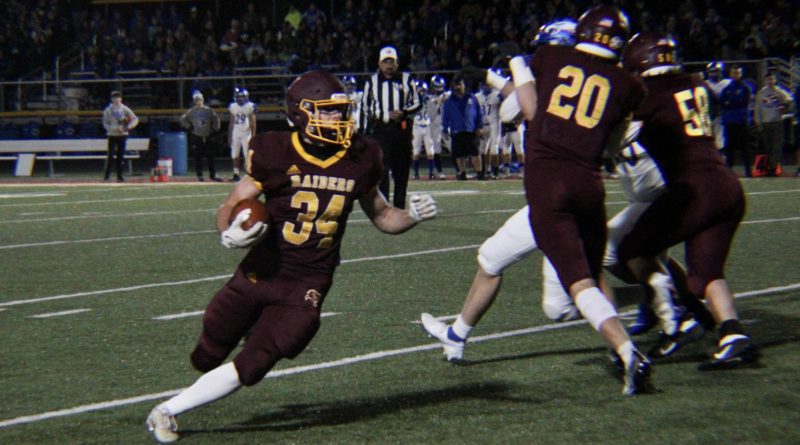 The winner of Division V, Region 17 — which boasts four undefeated teams playing Saturday — will be battle-tested at the state semifinals next week.

“I may be biased, but Region 17 sure seems like the best region to me,” Garfield coach Mike Moser said.

Having a final four filled with undefeated teams is a testament to the strength of the region — and something no other region in all of Ohio can boast.

“If you want to be the best, you have to beat the best,” Garaway coach Jason Wallick said. “And without a doubt, the best two teams in the state sit at No. 1 and No. 2 in the region.”

In addition to Kirtland making 17 playoff appearances and winning six state championships, the Hornets have been runner-up three times.

South Range has enjoyed 19 playoff seasons with two state semifinal appearances, while Garfield and Garaway are both making their eighth playoff appearance.

“Region 17 has always been a very tough region, and this year is no different,” South Range coach Dan Yeagley said. “Like Kirtland the past few years, the winner of the region will be battle-tested and ready for the state semifinals and finals.”

What makes these two semifinal games even more special is that all four finalists will enter the weekend fairly healthy. All four teams said they feel fortunate that’s the case despite the extended playoff format this year.

“I prefer fewer teams in the playoffs like in previous years,” Kirtland coach Tiger LaVerde said. “But we are very excited to still be playing this time of year.  Our kids are pumped.”

Moser didn’t hold back in his displeasure with the 16-team playoff format OHSAA rolled out this year.

“I believe the state has really made a mistake on allowing 16 teams to make the playoffs (in each region),” he said. “Where is the reward for all the hard work, dedication and commitment in the offseason? Not sure it is a reward when a winless team makes the playoffs (Divison I), let alone a team with a losing record. Fortunately, we have not had injuries with the expanded playoffs.”

For Kirtland — which has won 52 straight games — playing in the regional semifinals has recently been just a step toward another state championship, but for the other three programs, having a chance to play in a regional final is alone a huge accomplishment.

“Being that we are playing in the semis for the third consecutive year, it really does mean a lot to our kids and program,” Wallick said. “It is rewarding for those who have put the time in. The extra weeks of practice are always good for our young players, and having the opportunity to get into the game the first two rounds are a blessing.”

Kirtland and South Range will be favored this week, so playing mistake-free football will be key for Garfield and Garaway.

“We will have to play our style of football, limit penalties and create some turnovers,” Moser said of playing Kirtland. “We realize we are up against one of the top programs in the entire state, any division, so we’ll have to be at our best.”

Whichever two teams come out of this week’s semifinals will carry momentum and confidence heading into the regional title game next week. From there, a state championship will be squarely in focus.

“At this point in the season, we are set in our ways and going to do what we do,” Yeagley said.  “We need to play South Range Raider football and do the best we can. We are going to go with what got us here.”