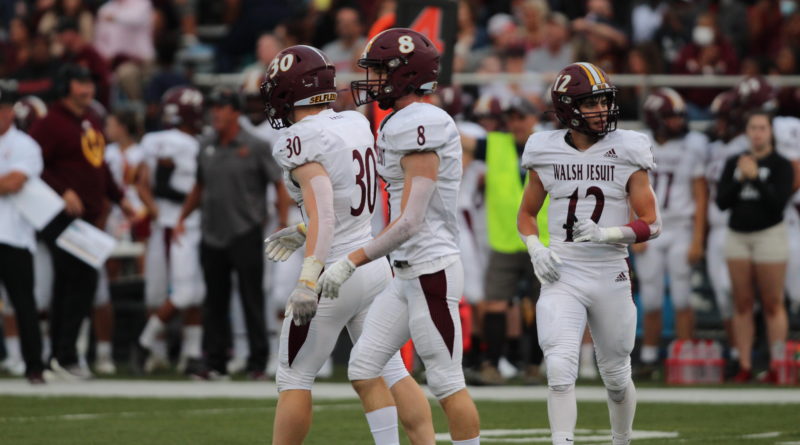 Plenty of history was made last week with 224 playoff games taking place across Ohio.

We had our first-ever No. 16 seed beat a No. 1 seed, our state’s second-ever 11-loss season when Moeller defeated a winless Oak Hills team, and we witnessed Wayne’s Elijah Brown play his final high school game before heading to Alabama.

On to the second round, where despite fewer games, finding interesting and impactful games was significantly easier.

TOP 10 OHIO FOOTBALL GAMES TO WATCH IN ROUND 2

The Springfield Tigers have pitched five consecutive shutouts between the final weeks of the regular season and the first round of the playoffs. That should change this week as the Bobcats from Norwayne have averaged 48.8 points per game in their last five games. In a very balanced Region 21, these two teams are the two best remaining, and the winner will be favored the rest of the way through the regionals.

Just looking at their records, the average fan would think Anderson would be a lock to go to the regional semifinals. When you see who the Raptors have lost to, a 10-1 Princeton team and undefeated Kings, you would be even more convinced. However, the schedule La Salle went through just to get above .500 is truly brutal. With teams like IMG Academy, Indianapolis Cathedral and St. X in their rearview mirror, there’s no question the Lancers are battle-tested for a postseason run.

All season, I’ve said Region 9 is where the D-III state champion is going to come from. But to get to the state semifinals, they are going to have to cannibalize each other first. This is the first of many of those kinds of games. Aurora is a road favorite in this contest with an offense that has broken the 40-point mark seven times this year. Dover, despite going undefeated, was given the most challenging path through the playoffs.

There are still a couple of sacrificial lambs remaining in D-VII. Just look down at Region 28, where three MAC teams get to feast for another week. However, Leipsic and McComb are both real contenders for a regional title heading into their 4 vs. 5 contest Saturday. The teams have a tense rivalry from their days together in the Blanchard Valley Conference, which ended this year when Leipsic moved to the Northwest Conference. Last time they met in the playoffs, McComb won 24-14 en route to a state championship in 2018.

No team was hit harder by cancellations than VASJ. The Vikings played only seven games in the 10-week regular season, getting four games canceled and being able to find a replacement opponent only once. Despite that, VASJ comes into the second round with a 7-1 record. The Vikings host Glenville, which started the season 0-3 before stringing together eight straight including five shutouts as the Tarblooders feasted on their Cleveland Senate League rivals.

A pair of 10-game winning streaks are on the line in Carey as the Blue Devils host the Rams. Tinora opened its 2021 campaign with a 23-21 loss to Liberty Center before mowing through the Green Meadows Conference undefeated. Carey’s opening-week loss was at Hopewell-Loudon, before beginning a winning streak of its own. In that winning streak was Northern 10 rival Colonel Crawford, which Carey could see again if the Eagles can pull off the win at Ashland Crestview on Saturday.

One great thing about the old playoff format is games like Centerville and Whitmer would have been on the opening weekend of the postseason. Instead, they both had to get through first-round routs to get to a north Ohio vs. south Ohio must-see contest. Speaking of must-see, senior quarterback and Marshall commit Chase Harrison is in the final days of his time with Centerville. That alone makes this a great contest. That and the winner probably gets Marysville and that shutdown defense. Who doesn’t want to see Chase Harrison vs. Gabe Powers?

Don’t let the No. 8 vs. No. 1 label fool you. These teams could just as easily be No. 1 and No. 2 in Region 18. (No disrespect to Elmwood, I know you guys beat Eastwood in Week 7.) The Knights and Eagles met just two weeks ago in Tontogany, where a last-second field goal saw Otsego hold on to its perfect season and sent Eastwood crashing all the way down to a No. 8 seed in the computers. Week 12 should prove to be another instant classic between these two small schools.

A rematch of last season’s fourth-round contest, the storyline is wildly different. Last year, West Holmes was the underdog that had to win back-to-back road games to get to Tiffin, only to run out of gas in the second half. This year, West Holmes comes in as the No. 2 seed, hosting a Columbian team that lacks the lockdown defense of the 2020 team. But don’t be fooled, whoever wins has a downhill path to the state semifinals in Region 10.

Outside of D-I, there isn’t a tougher region than Region 5 in northeast Ohio. With all home favorites moving on from the first round, there isn’t an easy game left for any of these teams. I’m forgoing Benedictine and Hoban’s opponents to highlight a dark-horse contest where the winner could pull upsets all the week to the state finals. Hudson’s 8-2 record is misleading as both of its losses were because they failed to stop last-minute two-point conversions. Same for Walsh Jesuit and its 9-2 record, with both losses coming by a single point in overtime to the region’s No. 1 and No. 2 seeds. Get ready for a slugfest in Hudson!