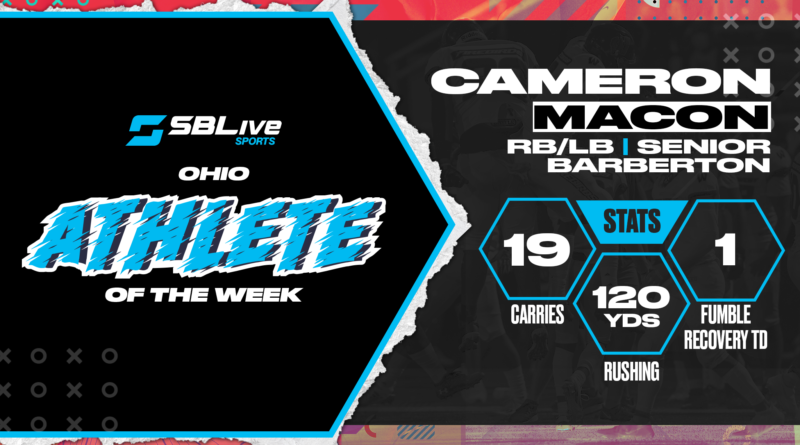 Congratulations to Barberton RB/LB Cameron Macon for being voted SBLive’s Ohio High School Athlete of the Week for Oct. 4-9!

The senior ran for 120 yards and a touchdown on 19 carries in Macon’s 14-6 win against Aurora. On defense, he recovered a fumble and took the ball 72 yards into the end zone.

Here are the other athletes who were nominated for Oct. 4-9:

Brungard threw for 140 yards and two touchdowns and rushed 121 yards for another pair of touchdowns.

Caffey rushed for 165 yards and five touchdowns on 13 carries along with two catches for 40 yards and another touchdown.

Dillen had a hat trick as Louisville shut out Massillon Washington 9-0.